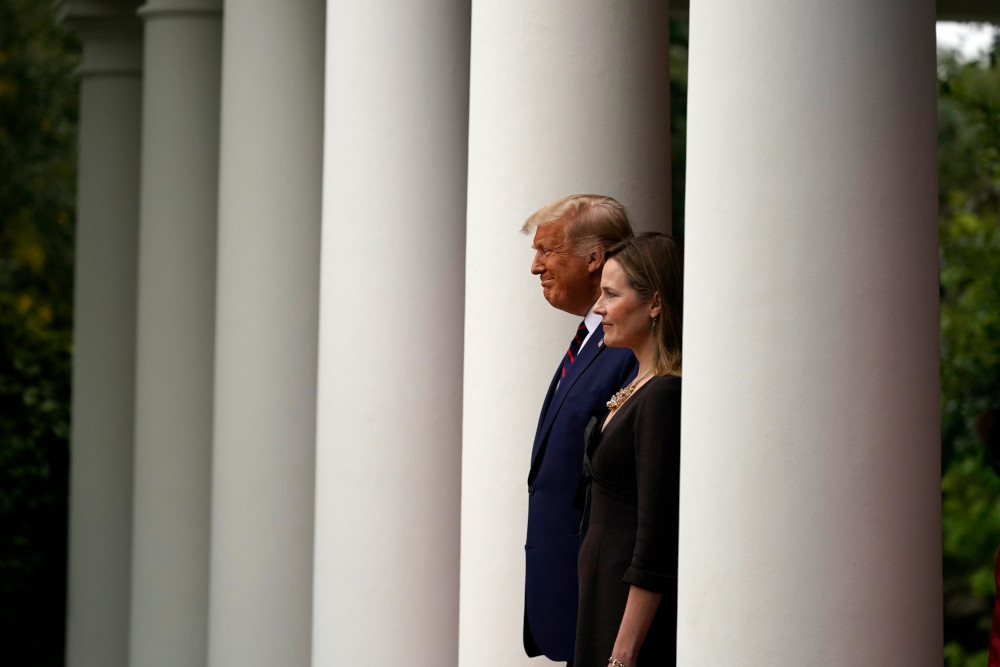 President Donald Trump walks with Judge Amy Coney Barrett to a news conference to announce Barrett as his nominee to the Supreme Court, in the Rose Garden at the White House, Saturday, Sept. 26, 2020, in Washington. (AP/Alex Brandon)

Amy Coney Barrett's religion is important to her nomination to the U.S. Supreme Court. It's also irrelevant.

A conservative Catholic, Barrett was nominated to the court by President Donald Trump on Sept. 26 to fill the seat vacated on the death of liberal Justice Ruth Bader Ginsburg. Some who oppose Barrett's appointment argue that her beliefs will influence how she decides cases before the court.

To argue that a person's religious beliefs are not or should not be influential in how they approach judicial questions shows an ignorance of history and politics.

Politics is the way in which we make decisions binding on the members of our political community. It is all about "What should we do?" — a moral question by its very nature. Any sentence with a "should" in it is a moral statement. It is judgment about what is right and what is wrong.

Should we increase the minimum wage? Should we withdraw from Afghanistan? Should we have Medicare for all? These are not only economic or military questions; they are also moral questions.

A distinction should be made, however, between personal and social morality. Personal morality affects only the individual (and perhaps another consenting adult); social morality covers those actions that impact others. Social morality is the domain of politics. Politics is the way in which we impose social norms on the community.

For much of the history of the West, people have gotten their notions of what is right and wrong from Christianity, as mediated by their parents and culture. For the more sophisticated Catholic, Greek philosophy also played a role, thanks to theologians such as Thomas Aquinas, who believed that faith and reason could not be in conflict.

At its best, Catholicism fostered a culture of love of neighbor; at worst, it subjected the laity to the whims of the clergy.

The Catholic synthesis of faith and reason was broken by the Reformation, which made Scripture preeminent, and by the Enlightenment, which rejected religious input.

While both did much to free people from clerical authority, Protestantism developed its own brand of clericalism, and attempts to develop a religion-free morality produced totalitarianism on both the left and the right in 20th-century Europe.

Those who came to America from Europe brought with them this history and identity. Most continued to base their morality on Christianity, but many intellectuals were influenced by the Enlightenment. 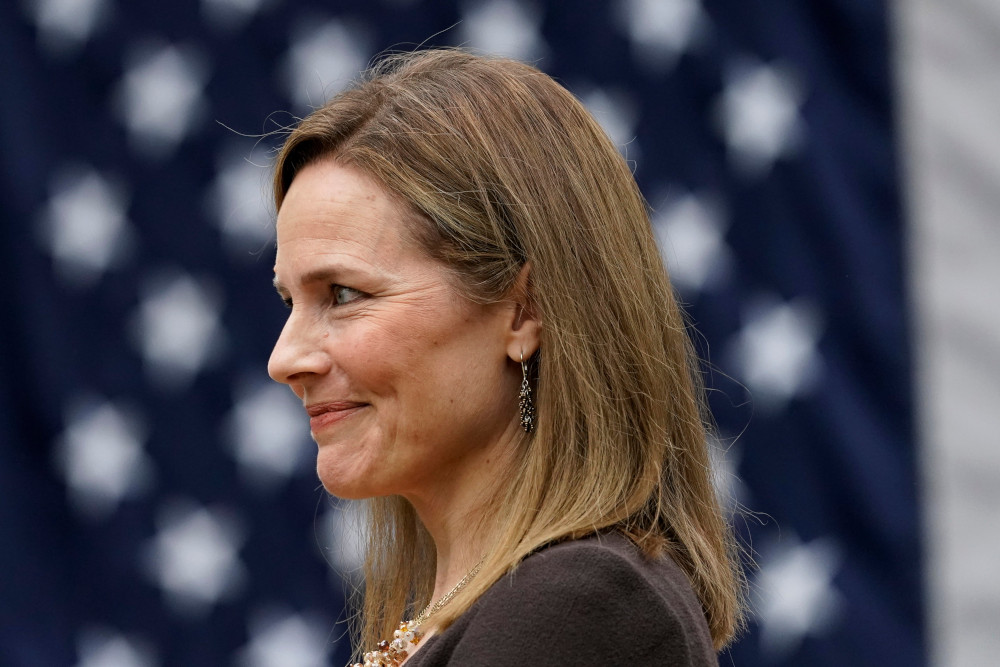 Judge Amy Coney Barrett listens as President Donald Trump announces Barrett as his nominee to the Supreme Court, in the Rose Garden at the White House, Saturday, Sept. 26, 2020, in Washington. (AP/Alex Brandon)

American history is full of examples where religious beliefs influenced how Americans approached political issues, beginning with the Revolution and the Declaration of Independence ("all men are created equal").

The founders of our nation, who were Christians and Deists, recognized the importance of religion in people's lives but also recognized how religious disputes had torn Europe apart. Most believed that religion as a moral foundation is essential to the operation of a democracy. As a result, they decided that individuals should be free to choose their religion and declared that the government should not favor one religion over another.

People motivated by religious beliefs were involved in every major political movement in American history, including abolition, the Civil War, Reconstruction, free silver, labor unions, Temperance, women's suffrage, the New Deal, both world wars, civil rights and more. In most of these movements, believers were on both sides of the disputes. Many believers also made political decisions first and then found religious or moral reasons to back them up.

People of different faiths, as well as people of no faith, joined together to support or oppose specific policy goals without having to share the same motivations. What mattered was agreement on policy goals, not motivation. Politics is about getting people to agree even if for different reasons. Moralists may care whether you do "the right thing for the wrong reason," but politicians only care that you do what they want.

This is why Barrett's religion is important but irrelevant. Her religion may influence her views of the law, but the same is true of almost every member of the court. Remember, Ginsburg had a quote from Deuteronomy on her office wall: "Justice, justice shall you pursue."

What matters is how a nominee views the law, not why she views it that way. What matters are her decisions, not her motivations.

Both Democrat and Republican senators know all they need to know about what kind of Supreme Court justice Barrett will be by looking at her decisions, her writings and her talks. She taught at Notre Dame Law School for 15 years and has been on the U.S. Court of Appeals for three years. They do not need to delve into her religion to decipher how she thinks.

Senators know, for instance, what she thinks about Roe v. Wade, the Affordable Care Act, gun control and many other issues. Whether she belongs to a religious group like the People of Praise, which once referred to women as "handmaids," is irrelevant.

It would be a serious mistake for Democrats to talk about Barrett's religion because it will open them up to accusations of anti-Catholicism from Republicans. If Democrats are serious about appealing to Catholic swing voters, they will not antagonize them by attacking Barrett's religion, which is important but irrelevant.