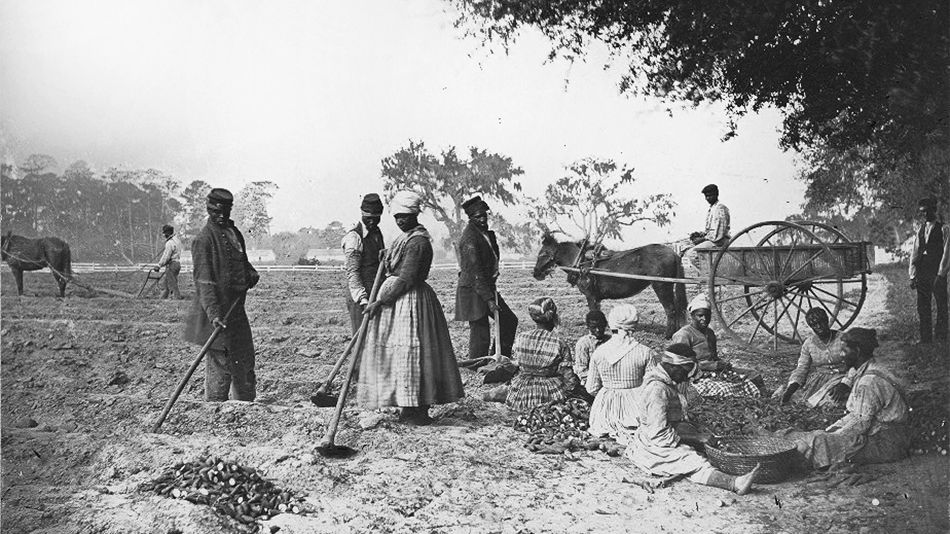 A slightly smaller percentage of the general population of U.S. adults surveyed (46%) agrees that, almost 400 years after slaves were brought to Jamestown, Va., there remains a "significant impact on the African American community."

A bit more than a quarter of both practicing Christians and the general population (28%) say our society has moved past the history of slavery.

Barna, a nonpartisan for-profit research firm, defined practicing Christians as people who identified themselves as Christians who said they attended a worship service in the past month and said their faith is very important in their lives. The findings are included in a new report, "Where Do We Go from Here?" 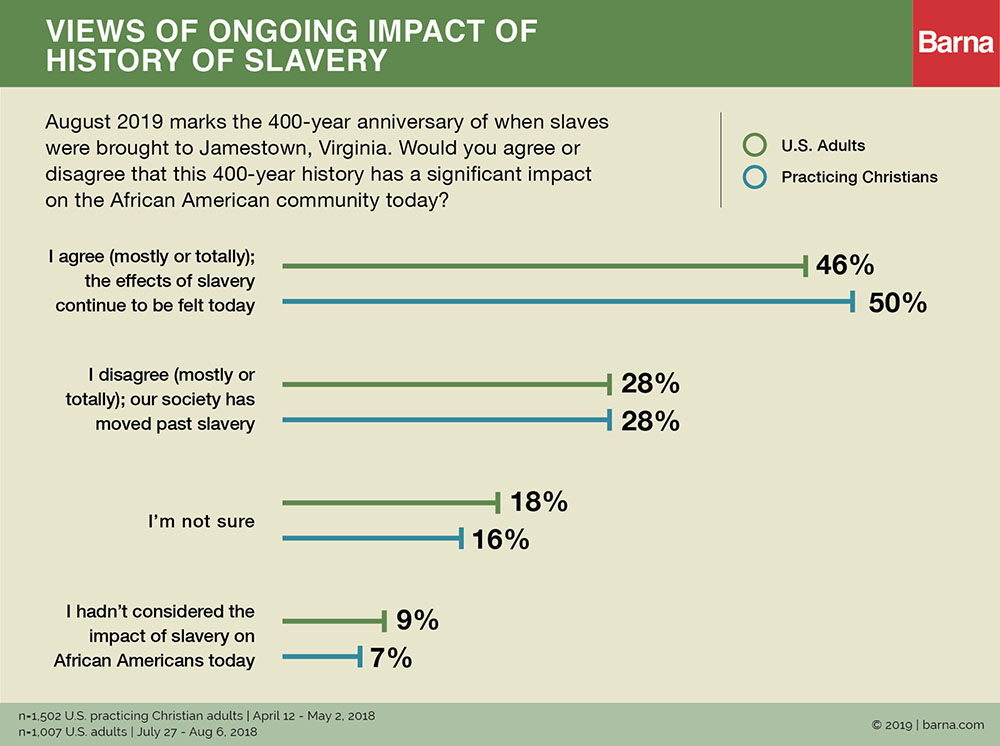 “Views of Ongoing Impact of History of Slavery” (Courtesy of Barna) 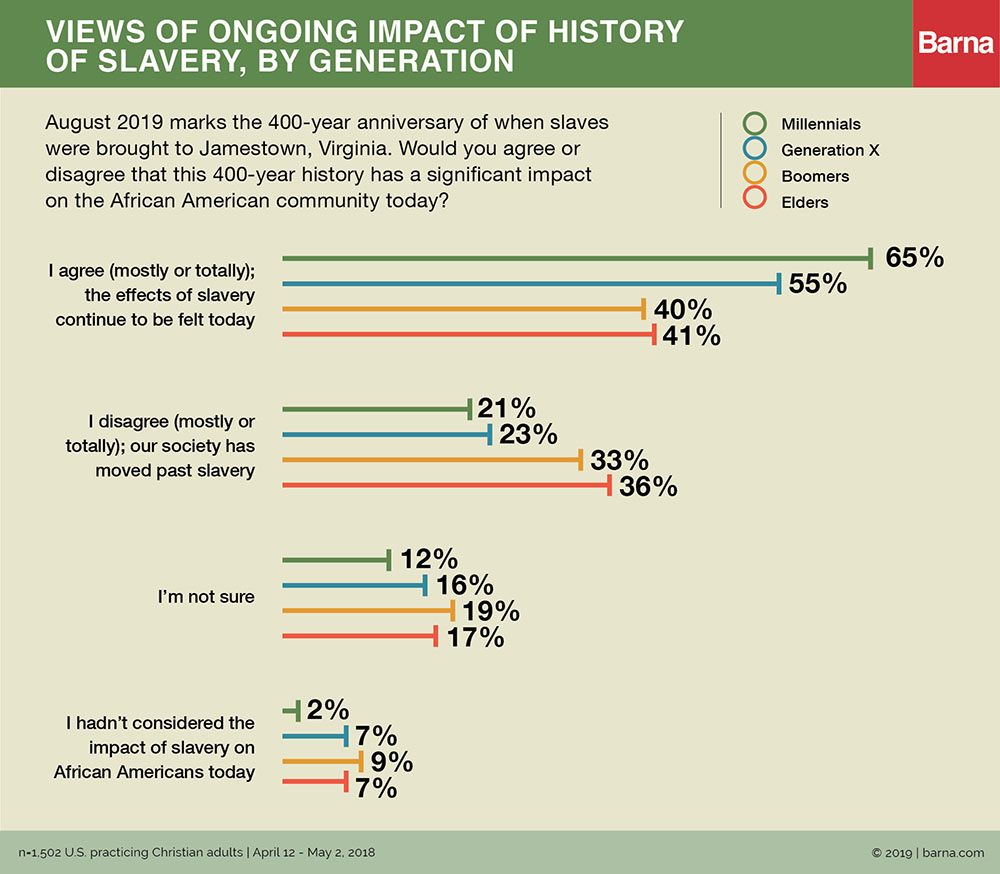 "Views of Ongoing Impact of History of Slavery, By Generation " (Courtesy of Barna)

Barna's report included reflections from scholars and faith leaders about how Christians can move ahead in addressing racism.

"Churches need to preach on racial issues and return to preach on them again and again," said Mark Strong, a lead pastor of Life Change Church in Portland, Ore., in a statement in a summary of the report.

"This is part of spiritual formation, and like other formation issues — prayer, discipleship, generosity — it demands emphasis and regular, strong teaching."

The study, conducted with The Reimagine Group, which produces resources aimed at improving churches, is based on online surveys of 1,007 U.S. adults and 1,502 practicing adult Christians. The surveys, conducted between April and August 2018, have a margin of error of plus or minus 2.9 percentage points for the general population and plus or minus 2.3 percentage points for practicing Christians.