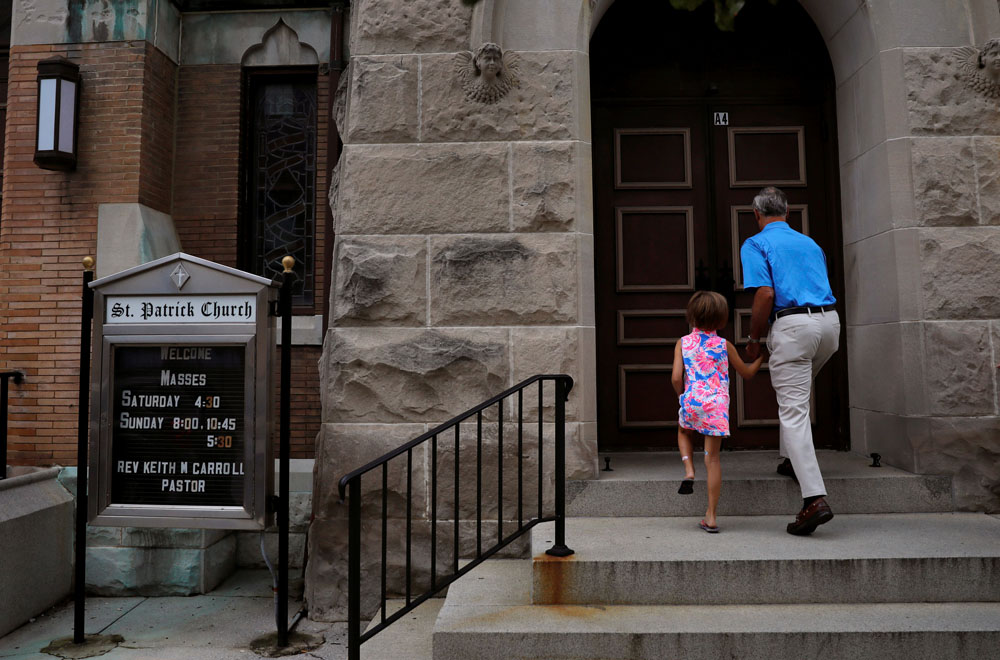 A core principle of Protestantism from the beginning of the Reformation has been the idea that "all who believe in Christ are 'priests,' " as the Second Helvetic Confession of 1566 says.

We call this idea found in the document written by the early reformer Heinrich Bullinger, "The priesthood of all believers."

It has several meanings, but essentially it's a reminder that it's the people in the pews who ultimately hold power — power to be used to bring the good news of Jesus Christ to the wounded world.

In light of last month's anguished mea culpa letter that Pope Francis wrote to the world's Catholics, it seems to me that Catholicism should embrace the spirit of the idea that we're all priests. Otherwise the pope's confession of the church's institutional sin will make no difference.

As theologian Jack Rogers notes in his book Presbyterian Creeds: A Guide to the Book of Confessions, Bullinger helped write the First Helvetic Confession, "which he hoped would bring reconciliation with the Lutherans … The Second Helvetic Confession was Bullinger's personal testimony. He wrote it after surviving the plague in 1561. He intended that it be attached to his will as a gift to the city of Zurich, but published it in 1566 in response to a request for support from fellow Reformed believers in Heidelberg."

Bullinger's work isn't the most widely known statement of faith in the Presbyterian Book of Confessions. But its section on the priesthood of all believers has become a vital way that Protestants do church.

We Presbyterians, for instance, make decisions corporately. We don't rely on bishops, archbishops or popes. If there are problems in the church, we members must help fix them. But we are guided by a representative democracy so no one individual must be involved in every decision.

I'm not arguing that Catholics should toss out their governance structures and adopt Protestant polity. Such a proposal — especially coming from a Protestant — would be dead on arrival.

But I am suggesting that the Catholic Church might be healthier and freer of scandal if people in the pews recognized that they are the church and that it's their responsibility to hold their ordained leaders accountable spiritually, financially, legally, theologically and even sexually.

None of what I'm suggesting means that every Protestant denomination is well governed and that the people in their pews understand their role as "priests," in the Bullinger sense. No, there is abuse of power and a failure of both leadership and followership in many places. Sigh.

But we Protestants also know that each of us is responsible in some way for how our congregations operate, how they use or misuse their prophetic voices and how our pastors behave. So we have systems in place to help us with all that.

Instead of being about abuse of institutional power, Protestant failures are more likely to be related to a confusion between patriotism and following Jesus, or between a commitment to mission to those in need and a desire to turn the church into a social club.

But both Catholic and Protestant worlds would do well to pay attention to these words from a recent homily by Fr. Thomas Curran, president of Rockhurst University in Kansas City: "When we receive Communion we are asked to become what we receive — the body of Christ. As the church, the body of Christ, I ask you to correct us priests." He knows who hold the power. And we all need to know who is included among the priests.