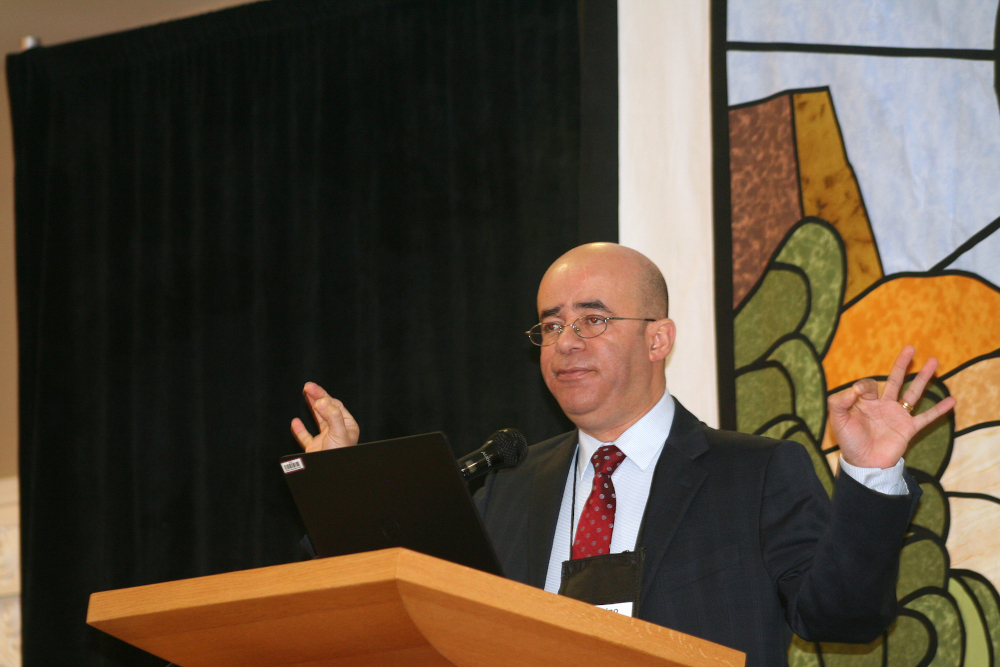 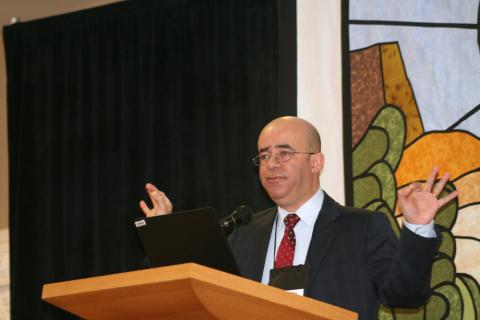 The keynote address by one of the foremost experts on the growth of the Hispanic presence in the U.S. church and culture was unblinking in its criticism of the church and U.S. culture, though optimistic that with hard work, both could be turned around.

"There is racism in our church," Ospino said in his Jan. 18 speech. "Everybody knows where the black parishes are."

The racism is both linguistic and social, he added. In dioceses, parishes are designated as Hispanic, or Korean or Vietnamese, for example, and little effort is made to provide for the pastoral needs of those cultural communities outside those designated parishes.

Noting that Asian Catholics are the fastest growing population in the U.S. church, Ospino issued this warning: "If you are struggling with (learning) Spanish, try Vietnamese."

Polarization is also a problem in the church and the nation. "Traditional vs. progressive, liberal vs. conservative — these categories are un-Christian," he said.

The danger comes as well from focusing on single issues. "Abortion is dividing us. We still haven't grown out of that. We are a dysfunctional society and a dysfunctional church."

Finally, resignation as a response also has cast a pall upon the faithful. "Far too many Catholics are settling for the status quo," he said. "We are resigned to being an aging church."

While Anglo leaders, including bishops, have lamented the closing of schools and parishes and the decline of vocations, secular culture has been drawing away the only area where the church has been growing. During the span of two generations, "we have lost 60 million Latino and Latina Catholics."

"We are a community in decline. We are paralyzed," Ospino said.

The church has within it the power to overcome these challenges, however. "We need to live prophetic lives in prophetic worship," he said.

He listed five characteristics that he said point the church in the right direction.

First, "we are children of the same God regardless of our differences." Second, the church is at its core egalitarian. All are equal through baptism, he said. Third, through liturgy, we are forgiving. Reconciliation is always possible and completely necessary. Fourth, we are all fed by the Eucharist. It satisfies our hunger and no one is lifted higher than another at the Lord's table, Ospino said. Fifth, it is the liturgy that brings us together.

"It is time to start living as prophetic children of the Lord," he said.

Earlier in his address, Ospino noted that the liturgical conference, because of who it draws and the impact it has in the Southwest region and beyond, "continues to lead the way" nationally in ways to see liturgy driving the greater mission of the church.

Whether participants come from local parishes or represent large urban dioceses, "the most important expertise is being baptized in Jesus Christ," he said.

He cited the liturgical conference's theme: "Go in peace, glorifying the Lord by your life."/"Glorifiquen al Senor con su vida. Pueden ir en paz." He noted three essential parts of the theme: being sent out into the world, the missionary nature of liturgy and the opportunity to do it all for the glory of God.

Known for his groundbreaking work on charting the rise of Hispanics in the U.S. Catholic Church and as a key theological adviser for the V Encuentro, Ospino launched into a series of data points to set the stage:

— Forty-five percent of all Catholics today currently self-identify as Hispanic.

— In dioceses in the Southwest, where the church is rapidly growing, that figure is between 60% and 90%.

— Two-thirds of all Catholic Latinos and Latinas were born in this country.

"We are very young. The average age is 29," he said, joking that he too might fall in that category, given his almost bald head. "Look at me. I haven't even grown hair yet."

As part of that process, each person was challenged to approach someone "on a periphery" to share their faith. "The 21st century demands new ways to do evangelization, to respond to the needs and challenges of the times," Ospino said.

He praised various ministries, including campus ministries and different forms of parish renewal, that remind us true Christianity offers a wholistic approach, "that God is not antagonistic, but in the world."

"God wants to be with us," Ospino said. "God's love for the world does not make sense without the world."

Part of the problem is the decline in Mass attendance — cited as low as 25% of all Catholics regularly attending — and a decline in marriages and baptisms.

"What about the other 75% of Catholics? How are they sustained?" Ospino asked.

"Accompaniment begins there. It's finding out how people experience God in their lives," he continued, echoing the overall theme of his address: "Sent to Accompany Through Witness and Solidarity."

Seen properly, Christian accompaniment is how "God comes to be with us in history," he said. "God journeys with us" despite our sins. "We exist as a pilgrim church," a community that is on the way to the kingdom, but not there yet, he explained.

This is an accompaniment with a loving God that will stand with us along the way, he said, which makes the journey itself a reward. "If we believe in a God that only punishes, accompaniment will only be with fear."

God's accompaniment follows themes of life and justice: God sustains us as the source and support for our lives and we count on participation in God's mercy. "That's why we worship; that's why we celebrate."

Accompaniment also means breaking bread with fellow pilgrims, an act that is universal among cultures. "Every culture has this emphasis: The least you can do is break bread and share it with others."

"Breaking bread is the essence of being Christian," Ospino said, and this can applied by living the corporal and spiritual works of mercy, he added.

"What does it mean to break bread with an immigrant or refugee?" he asked.

"We cannot separate worship from the works of mercy," Ospino said.

(Brown is managing editor of Catholic Outlook, newspaper of the Diocese of Tucson.)