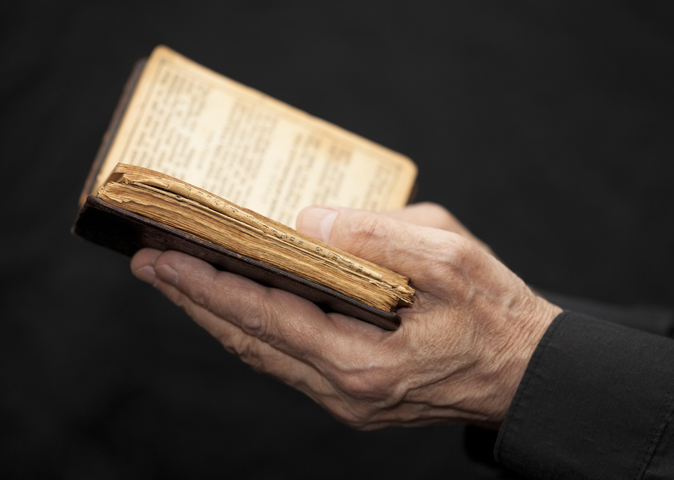 It was a slippery slope. Once I began to refer to the Holy Spirit in the feminine in my sermons and in the creed, certain results followed — slowly at first, but inevitably.

"We believe in the Holy Spirit, the Lord, the giver of life." I didn't notice right away, but after a while, it sunk in. I was calling the Holy Spirit "Lord." The Holy Spirit, I was saying, not only gives life and proceeds from the Father and the Son, she is "the Lord." I was co-opting the word "Lord." In my vocabulary — and that of anyone else who called her "Lord" — this previously masculine word was now including the feminine.

Not too long after I began this new practice, I also retired as an Episcopal parish priest. I became a parishioner. I sat in pews. And I noticed how little difference in the patriarchal nature of our worship this change was making, even when we had a woman priest at the altar. The language and imagery remained overwhelmingly masculine.

I also noticed that the priest and a lot of people around me were making "inclusive" language substitutions. When we gave thanks to the Lord our God we didn't give "him" thanks anymore, we gave "our" thanks. Many people were now substituting "God's kingdom" for "his kingdom," and "God's holy name" for "his holy name."

Ugh. I see this as timidity, evasion, a minuscule half-measure. Why evade the issue? Why not just use the feminine? I have been saying, "give her thanks," "her kingdom," "her holy name," and the like. Whenever a reference is being made to God and it is not clearly a reference to the Father or the Son, I am using the feminine.

I have slipped a long way down the slope. A feminine God is not only Lord, she is also King. And not only do I speak of the Spirit in the feminine, I now speak of God in the feminine about as often as in the masculine.

So in the Eucharist, so far as my own practice goes, masculine and feminine for God have come about as far as they can.

But as a priest, the daily office immerses me in the patriarchy of the psalms. We can't change the patriarchy of our heritage. That's how God has revealed herself to us over the centuries. So in reading Scripture, in seeking its meaning, I do not feel free to make changes in the text. But in my worship, I do feel free to do so. When I pray the psalms, it seems to me that I am free to make changes that express my heart.

So I have gone through the Prayer Book psalms and substituted feminine pronouns for masculine wherever the reference is not clearly to a specific male, such as David and Moses and Joseph.

I call these committed psalms. They go the path of commission rather than the path of omission. Further, they require a commitment on the part of those who use them. We commit ourselves to a path of reparation, of repairing the relation of female and male in our life and worship. Similarly, this is committed language in contrast to inclusive language. This language is not inclusive; it overdoes the feminine on purpose. It is matriarchal language instead of patriarchal.

I see this step as temporary. I believe it will need to be supplanted when we are ready to adopt an egalitarian language. But that will be many years from now.

[Warner White is a retired Episcopal priest and the author of several published articles. His website, in which he includes the Committed Psalter and flexible plainsong settings of the psalms, is found at warnercwhite.org.]