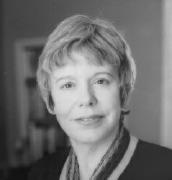 THE CASE FOR GOD
By Karen Armstrong
Published by Alfred A. Knopf, $27.95

Acclaimed British writer Karen Armstrong has been described as one of the most provocative and original thinkers on the role of religion in the modern world.

Her first book, Through the Narrow Gate, chronicled her seven years as a nun in a Roman Catholic religious order, which she quit in 1969. She has authored biographies of the Prophet Muhammad and the Buddha, and the best-sellers A History of God and The Battle for God.

Her newest book -- her 19th -- is The Case for God, in which she describes the efforts to which humankind has gone to experience the sacred. This interview has been edited for length and clarity.

RNS: You argue that nothing about God can be put into words. Yet you’ve written many books about God.
Armstrong: Theology is, indeed, a very wordy discipline. You have to talk about God, you have to be verbose. You have to express your ideas about God in order to hear how little they measure up. The trick is to push the mind past words by making you realize the inadequacies of words.

You also say religion is hard work. Are nonbelievers lazy?
No. What I am implying is that nonbelievers can’t comment on faith unless they practice it, because none of our doctrines or beliefs make sense unless they are translated into practical action. Religion is a form of practical knowledge, like driving or dancing or swimming. You can’t learn to dance simply by reading a book. You have to do it, and practice hard. And if you do manage it, after years of practice, you find yourself moving with unearthly grace that is impossible for an untrained body.

How deeply does one have to get into religion in order to reject it?
Well, I wouldn’t write a book denouncing evolutionary biology because I don’t know enough about it, and I think the same is true of [the new atheists]. They don’t know much about religion.

Every form of atheism, historically, has always been the denial of a particular conception of God. At the early stage of their history, Jews, Christians and Muslims were all called atheists by their pagan contemporaries, not because they didn’t believe in the sacred, but because their view of it was so different that it seemed blasphemous.

I don’t mind what [the new atheists] think and a lot of their criticisms about faith are actually quite valid. But what I don’t like is the spitefulness and the aggression about it. I don’t think after the hideous realities of the 20th century [that] we can talk about “exterminating” religion “or “expunging” religion, or drawing respect away from religious people.

What explains the rise of a dogmatic kind of faith?
We are trained to think that we can get the truth really easily. In science, people take a problem, solve it and move onto the next. And the older problems are done and dusted. The humanities keep discussing the same things, and so do the religions, because religion is not telling us facts. It is helping us to deal with problems for which there are no easy solutions: mortality, suffering, pain, death, cruelty -- the inexorable pain of life, and helping us live with that, creatively, kindly and with serenity, by finding a source of transcendent peace within.

Is there any hope for religion?
Yes. The response, for example, to my Compassion Charter (Armstrong’s call to a return to the practice of the Golden Rule) worldwide has been overwhelming in the enthusiasm we are getting the grass roots. … We’ve got our extremists in all traditions who tend to hog the headlines. But there are people who want a more compassionate faith, who are willing to explore [it] in [the] East and West. That is what gives me hope.

Season of Creation Daily Day 31: First glimpse of a butterfly