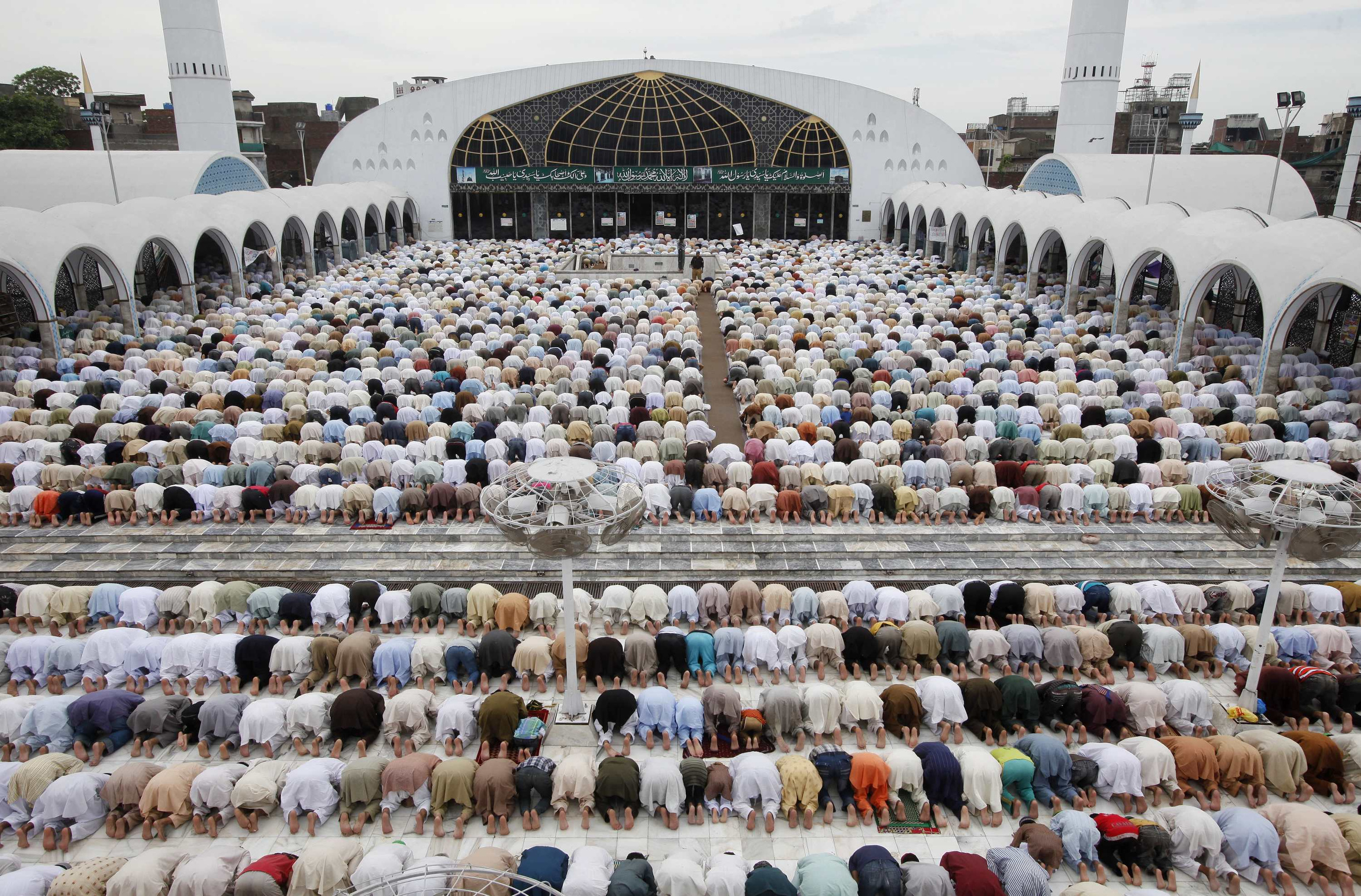 It’s a special time in the Islamic world, and in the Ignatian world, too.

For the last month, Muslims have been celebrating the holy month of Ramadan, a time of fasting, almsgiving, and praying over God’s revelation. For those at Jesuit institutions — schools, parishes, and organizations inhabiting the spirit of St. Ignatius of Loyola — this July is a celebration of the spirituality of the Jesuit founder, whose feast day is July 31.

This confluence of celebrations prompted me to reflect on the points of convergence between Islamic and Ignatian spirituality. As a student of Islam educated in Catholic Jesuit schools, I’ve discovered some profound similarities, or, as the late Trappist abbot Christian de Cherge would call them, “the notes that are in common” between the religions.

These similarities can be explained best by pointing to three Arabic mottos, central to the Islamic tradition, and their surprising Ignatian counterparts.

The phrase MashaAllah, or “what God wills,” is used to express appreciation, gratitude, reverence, and awe about the good and beautiful. As my friend Zainab put it, it’s about recognizing “a flicker of God’s divine character” in the created world. Muslims exclaim it when their friends get into college, when they spot a stunning sunset, or when their relatives post a picture of their new, healthy baby on Facebook. I like to think of this prompt acknowledgement of God’s blessings as an immediate, “in-the-moment” Examen, the daily prayer of gratitude developed by St. Ignatius.

The Daily Examen encourages us to reflect back on — or rummage through — our day, looking for the places where God made Godself known to us. Often, these ayat, or signs of God, can be found in creation. Pope Francis, a Jesuit, and the Muslim mystic Ali al-Khawas, both realized this. In his recent encyclical, "Laudato Si', on Care for our Common Home," Francis cites the Sufi writer, who wrote in the ninth century:

The initiate will capture what is being said when the wind blows, the trees sway, water flows, flies buzz, doors creak, birds sing, or in the sound of strings or flutes, the sighs of the sick, the groans of the afflicted.

Standing awestruck before a mountain, [the mystical person] cannot separate this experience from God, and perceives that the interior awe being lived has to be entrusted to the Lord.

What Francis and Ali are both describing is that “a-ha!” — or rather, MashaAllah — moment, when a person recognizes and acknowledges that it is ultimately God who is the giver of creation’s good gifts.

But it’s not just about seeing God in what appears to be beautiful and good, but finding Allah in all things. Both Christianity and Islam teach us that every experience — good or bad — is an opportunity to become closer to the divine. St. Ignatius talks about this as “finding God in all things,” a phrase which has become an important buzzword in Ignatian communities. Another Muslim mystic, the well-known Rumi, would have agreed with Ignatius. In his poem, “The Guest House,” he advises us to “be grateful for whoever comes, [because] each has been sent as a guide from beyond.”

Another phrase of great significance in the Islamic tradition is InshaAllah, or “if God wills.” Muslims use it when talking about the future, to qualify their anticipated plans with the caveat that God is ultimately in control.

The frequent mention of God’s will in Muslims’ speech points to the core endeavor at the center of Islam: conforming one’s will to the will of God. The word Islam refers to the peace that comes with surrendering to God’s will, and a Muslim is a person who submits to that God-given peace.

That is a notion familiar to those acquainted with Ignatian spirituality. St. Ignatius taught that we must constantly ask ourselves, “What is God’s will for me?” and “How can I live out God’s desires for me, and for the world?” Ignatius wrote that we could come to these answers through prayerful discernment.

Junayd, another spiritual giant, said this handing over of one’s free will to God brings deep ”contentment.” But the process of discerning God’s will and living it out in practice is challenging. Matt McKibben, a student at a Jesuit high school in Kansas City, Mo., described this challenge as riding with God on a tandem bicycle. After steering the bike from the front seat and maintaining control over life, he asks God to metaphorically swap places, praying, “Let me pedal hard while you guide the way. Let me keep focus, and stay with you always.”

By uttering InshAllah, Muslims vocalize their inner trust, or tawakkul, in God’s plan for the future. I can imagine my Muslim friends offering this prayer by the late Jesuit Fr. Pierre Teilhard de Chardin, renaming it “Patient Tawakkul”:

Give Our Lord the benefit of believing

hat his hand is leading you,

and accept the anxiety of feeling yourself

in suspense and incomplete.

Islamic and Ignatian spirituality also put a strong emphasis on God’s “greatness.” Each Islamic call to prayer begins with the invocation, Allahu Akbar, “God is the greatest.” It is used to praise and glorify God who is transcendent, grander than we could ever imagine. This phrase of exultation is also used in ordinary life, to express “adulation and exuberance during a sermon or cultural performance, and conversely, even to [communicate] a sense of shock or distress upon learning of the death of a loved one.” Unfortunately, most non-Muslims will only associate this phrase with terrorists. They don’t know that NFL football star Husain Abdullah  uses it to give credit to God when he picks off a pass from Tom Brady on the football field.

The motto of the Society of Jesus, Ad Majorem Dei Gloriam, “For the greater glory of God,” was coined by St. Ignatius to remind us that every act we perform, big or small, can and should be dedicated to God. The motto vocalizes the common goal of Christians, Muslims and all people of faith, who endeavor to dedicate their lives to something greater than themselves.

Islam and Ignatian spirituality remind us that our existence is made meaningful by this: praising and glorifying God through a life of service to God and others. That’s why I was so thrilled with the title of Pope Francis’ encyclical. Laudato Si’ means “praise be to you” in the medieval Umbrian dialect of Italian spoken by St. Francis of Assisi, who had his own personal encounter with Islam through a meeting with the Muslim Sultan al-Kamil in Egypt. The title made me smile because it could have easily have been named Alhamdulillah — another ubiquitous Arabic term meaning “praise be to God,” the equivalent for our Hallelujah.

At a bare minimum, this time of celebration can be an opportunity for our communities to learn more about each other. But it holds much more potential. These days should call us to praise God, not just from the comfort of our own, respective communities, but together, as a diverse community, unified by our shared goals and our common Source.

[Jordan Denari is a research fellow at Georgetown University’s Center for Muslim-Christian Understanding, where she works for the Bridge Initiative, a research project on Islamophobia.]