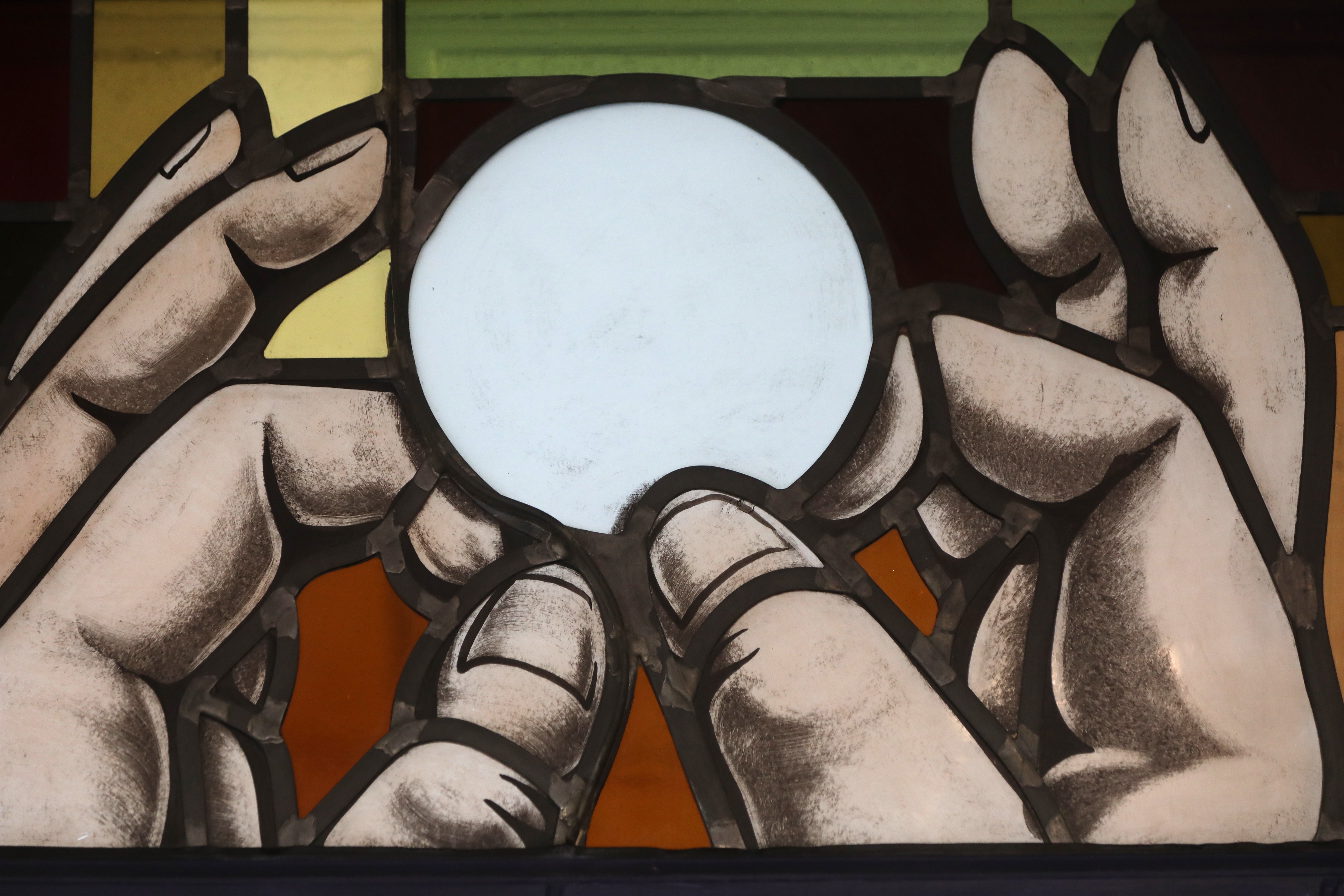 Elevation of the Eucharist is depicted in a stained-glass window at St. Anthony's Church in North Beach, Md., July 15, 2021. (CNS photo/Bob Roller)

Beginning this week and continuing until Lent, Catholics will be listening to the Gospel of Mark at weekday Eucharists.

This wasn’t always the case. When I was growing up in the 1950s and early 1960s, Scripture readings at Mass were based on the saint of the day. Since many of the saints were virgins, the most common Gospel reading was about the wise and foolish virgins with their lamps waiting to get into the wedding feast. It got boring hearing the same readings multiple times in a month.

Inspired by the Second Vatican Council’s stress on the importance of Scripture, a new lectionary was developed so that congregations would be exposed to more scriptural passages over a two-year cycle on weekdays and a three-year cycle Sundays. This lectionary is used not only by Catholics but also by many other liturgical Christian denominations.

The lectionary is a great source of daily Scripture readings, even if you do not go to weekly Mass. The readings can be found at the website of the United States Conference of Catholic Bishops in both text and audio formats. You can also get the readings through apps like iBreviary or have Alexa read them using the skills “Catholic Daily Readings” or “Catholic Daily Mass Readings.”

The Gospel readings on weekdays are the same in both cycles; it is the first reading that changes. As a result, Mark’s Gospel is always read on weekdays at the beginning of Ordinary Time.

Ordinary Time is that part of the year that is not Advent, Lent or the Christmas and Easter seasons. The term “ordinary” comes from the same Latin root as the term of ordinal numbers; the weeks in Ordinary Time, unlike those of the seasons, are simply numbered. This week is the first week of Ordinary Time, which continues till Lent and then picks up again after Pentecost.

Because Mark’s Gospel was the first one written, probably about 70 A.D., it is essential for understanding the other Gospels. Scripture scholars believe that Matthew and Luke had a copy of Mark’s Gospel on their desks as they were writing their own Gospels. They used parts of Mark’s story, editing and rearranging them, then added new material. This is why these three Gospels are referred to as the synoptic Gospels, because they include many of the same stories.

Mark’s Gospel, the shortest, has no infancy stories. It begins with the baptism of Jesus by John the Baptist.

Mark’s message is unrelenting. You must accept Jesus Christ as your lord and savior. Absolute commitment is required. His repeated message is that no one understands Jesus. No one gets him. Not the Apostles, not even his mother.

He ends his Gospel not with the appearances of the risen Jesus, but with a young man (perhaps representing Mark himself) in the empty tomb telling the women that Jesus has been raised. “Go and tell his disciples and Peter, ‘He is going before you to Galilee; there you will see him, as he told you.’”

But what do the women do? They run away. “Then they went out and fled from the tomb, seized with trembling and bewilderment. They said nothing to anyone, for they were afraid.” The end.

Later editors added to Mark’s Gospel an appearance of the risen Jesus, but that is not in the original.

Mark believed in the resurrection, but he ended his Gospel this way in order to emphasize to Christians that they did not understand Jesus and therefore could not see him. Even confronted by the message of the resurrection, the disciples don’t get it.

What a terrible ending. This was just too pessimistic, too condemnatory of the early disciples and of everyday Christians. It is also arrogant. Mark is saying, “Only I understand Jesus and his message. The rest of you just don’t get it.”

For many of the early Christian communities, this was just too much. Christians may be sinners but they are not total losers.

Matthew and Luke, like a couple of Hollywood screenwriters, decided to do a rewrite. Matthew stressed the teachings of Jesus and their importance for the life of the Christian community. This was important when Christ did not return as was expected by the early disciples. Luke stressed the compassion of Jesus and the universality of his message. This was important as more gentiles became Christians. This year, we will hear Luke’s Gospel on most Sundays in Ordinary Time.

Most churchmen prefer Matthew, which they use to teach Christians how to live their lives. Most ordinary people prefer the stories of mercy and compassion in Luke.

So why bother with Mark?

Mark keeps us honest. Mark challenges us in our complacency. Mark reminds us that we don’t get it. We don’t understand Jesus or his message. If we think we do, we haven’t been listening.

Of the four Gospel writers, Mark is the one you would not want to invite to dinner. But he is the one who will challenge you to listen more carefully and to think more deeply about Jesus. That is a good reason to read his Gospel as we prepare for Lent.