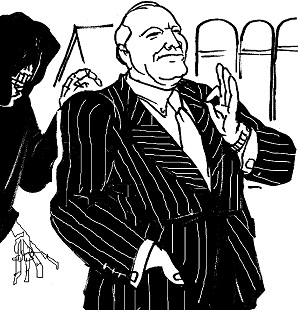 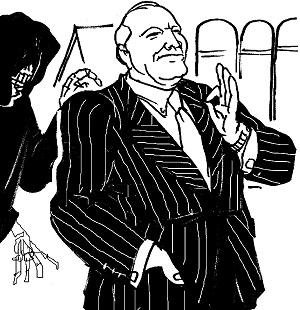 The late historian and philosopher Tony Judt, in his 2010 book, Ill Fares the Land, lamented the dismantling of social democracy in Europe and the United States as one of the causes of the 2008 global economic meltdown. A long-held emphasis on economic models that protected social welfare and the common good during the post-War period had given way to unregulated capitalism, the monetizing of wealth controlled by banks, currency traders and fund managers. Ethical restraint and government regulations had been lifted to allow maximum profits for corporations and investors in a globalized and computerized system blind to its impact on the general good and on the environment.

Pope Francis’ critique of the resulting state of income disparity, the exploitation of cheap labor and the environment raised howls from those who still stand by deregulated capitalism as the best possible system for generating wealth, creating jobs and rewarding innovation in competitive markets. The debates have continued into the current political crises worldwide between different views of how the human community can achieve a balance between ethical rules and practical realism.

In today’s Gospel, Jesus refuses to arbitrate between two brothers over their inheritance, but he does not hesitate to critique anyone who would put material wealth as their highest priority. The rich farmer who measures his success in the size of his barns is portrayed as a fool for not devoting the same attention to building up true wealth in his spiritual and social investments. His preoccupation with wealth has deprived him of cultivating the other values that show us how to use our gifts and advantages to benefit others. Pride in his own supposed accomplishments has displaced humility and gratitude for the blessings of birth and privilege, the role of workers and others in enabling him to be successful.

The self-satisfied farmer goes to bed that night dreaming of the life of luxury, pleasure and ease he can now enjoy, not realizing that death is about to claim him, and he will stand before God unprepared to give an accounting not of what he gained for himself but what he shared with others. He will face judgment filled with himself rather than with concern for the needy and a passion for justice.

The choice we face today is not between wealth and virtue, but between wisdom and shortsightedness. Jesus does not arbitrate between different economic systems, but he does make clear the values that create a sustainable world and promote community as the genuine fulfillment of every individual. If we ignore this, we will create a world bound to fail the poor but also the rich and everyone in between.

Be rich in mercy and compassion, wise in creating just structures, equal opportunity and care for the weak. Then we will rise together as children of God, inheritors of life here on earth and in the world to come.