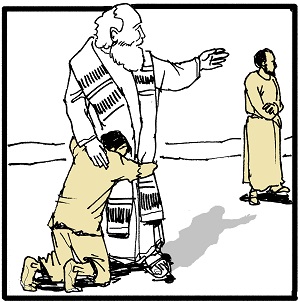 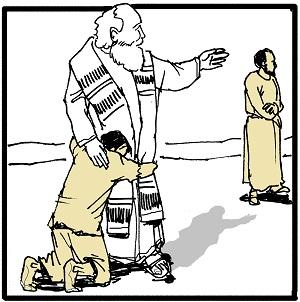 “Your brother was dead and has come to life again; he was lost and has been found” (Luke 15:32)

The brilliant parable of the Prodigal Son has many angles and messages. Any story that begins with the lines, “A man had two sons,” invokes a universal focus on what might follow. “A woman had two daughters,” is the same. Luke no doubt received this story in the oral and text sources for his Gospel. And, if we are correct in thinking he was St. Paul's assistant, he uses it to advance Paul’s insight that the death of Jesus was about reconciling the Jewish and Gentile audiences he was preaching to.

For Luke, reconciling these audiences was a key to launching the early church. His Acts of the Apostles makes the Jerusalem Council an essential moment in affirming Paul’s inspired mission to the nations. Both Jews and Gentiles were to inherit the Good News of Jesus made possible by his suffering and death: “But now in Christ Jesus you who were once far away have been brought near through the blood of Christ” (Eph 2:13).

So, in presenting this idea to his faith community in his Gospel, Luke uses the earlier parable of Jesus about God (the father) welcoming his sinful son home and then calling his righteous son (the Pharisees) to the table to celebrate his brother’s return from death to life. But for Luke, the older brother is now his Jewish converts resisting his Gentile converts at the table of the Eucharist in the early church.  The point of the story is that God wants both of his sons, Pharisee and sinner, Jew and Gentile, to come to the table as brothers.

The power of the parable is that, in both tellings, it addresses real issues on which the unity of believers depended.  For Jesus, it appealed to the religious establishment to grasp the unconditional grace being offered by God. For Luke, it was Jesus’ appeal to his church to unite in faith because of his saving and reconciling act of love. The power of this important parable for us today has a similar focus. Reconciliation is the very nature of God and the only way forward.

Conflict divides individuals and communities and unleashes a wide range of problems that must be resolved for life to advance.  Violent conflict is the failure of negotiation, the real work of human development, since conflict is inevitable. From segregation to open war, conflict places people on a tense and unproductive footing that, even when below the surface, destroys the common good, joy and growth.  Discrimination breeds resentment and inequality. Religious conflicts encourage absolute positions that require winners and losers, and they are often the most violent of all.

Jesus’ many parables are invitations to love through reconciliation and mutual forgiveness. Today’s parable goes to the causes of human sin and conflict and challenges us to seek life over death, mercy over judgment and love over hate.