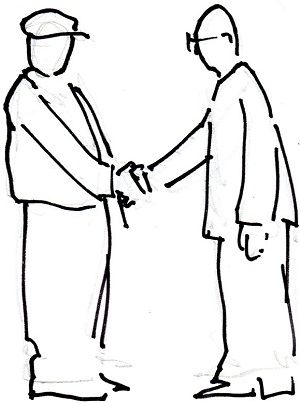 “Forgive us our trespasses, as we forgive those who trespass against us” (Mathew 6:14).

A friend and former colleague at NCR who knows Russian sent me an email last week lamenting the lack of understanding in the United States of the history behind the conflict in Ukraine and the deep resentment against the West over the humiliation of Russia following the breakup of the Soviet Union in 1991.

While condemning Putin’s disastrous invasion of Ukraine, he reported hearing from Russian friends grieving over the suffering in Ukraine but also angry at the denial of so many Americans about the hypocrisy, deception and death inflicted on sovereign nations by the U.S. invasions and occupations of Iraq and Afghanistan. Also, that the luring of former Soviet states to the West threatened both Russian borders and its deep cultural history and religious identity before the Revolution as beloved Mother Russia.  The irony of this threat is that it helped create Putin, now playing out his need to avenge this perceived affront.

The complexity and shared failure of both Putin and the West during the 30-year history leading up to the current standoff now threatens the whole world. With little sign that reconciliation and retreat can avert escalation, we must ask if there is any path to peace still possible without a highly unlikely mutual acknowledgement of fault and forgiveness, even to avoid a nuclear confrontation?

Spiritual intervention seldom factors into statecraft and military solutions except as pious rhetoric, but today’s two readings remind us that God still guides history with both justice and mercy as humans work out their quarrels. The Prophet Isaiah compares God’s Word to the rain and snow that water the fertile soil and every seed sent to sustain life.  Even human folly and sin cannot void the will of God or thwart the divine plan.

When Jesus taught his disciples to pray the “Our Father,” he was inviting them into his own intimate relationship with his Abba, who rules the world with love and wisdom. What can deprive us of heaven from coming to earth is a lack of forgiveness. Closed hearts block us from sharing the circular flow of grace from God to us to our neighbors and back to God that is the essence of the common good and the joy of the Gospel Jesus preached.  Forgiveness is the fragrant balm that blesses humanity and creates community.  Sin and selfishness lead to division and ultimately to death. War is the evil that unleashes every other evil to destroy truth, love, justice and life itself.

My friend, who taught English to Russian immigrants resettling in the United States, knew well the threat of war when he served in the Air Force at a base with missiles. His dream was to travel to Russia to meet his counterpart at a base there so they could drink to their survival and common humanity.  He shared this fascinating fact about the Russian language.  “The common way of saying goodbye is Poka or Do Svidanya. A slightly more formal way is Proschaitye, which means "Forgive me." There is an English parallel to this in our “goodbye,” which means “God be with you.”  Our ability to speak these gracious words may be the difference between war and peace.

The everyday miracle of calmness