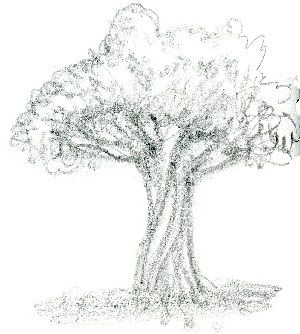 “All that you ask for in prayer, believe that you will receive it and it shall be yours” (Mark 11:25).

There are times when the Jesus we hope to meet in prayer is the thoroughly human one.  Someone like us. We accept that he was without sin, but also that he was like us in all things, including our doubts and fears and the gradual way all human beings come to an awareness of who they are as they grow and learn from experience.

Mark’s Gospel, we are told, is the earliest of the four and that his depiction of Jesus is the most human. By interweaving the story of Jesus’ cleansing the temple with the parable of the fig tree, Mark seems to offer us a view of Jesus at a moment of deep frustration that he resolves by deepening his trust in the power of prayer. Mark’s simple narrative could be a master class in prayer, with Jesus himself as both teacher and student.

Jesus’ first act when he arrives in Jerusalem is to do a kind of reconnaissance of the temple he plans to visit the next day. What he sees there confirms his prophetic zeal to reclaim the holiness and purpose of God’s house.  The following morning, as he and his disciples head into the city, something odd occurs. Jesus is hungry and looks for fruit on a fig tree. Finding none, he curses the tree, though, Mark tells us, it was not in season.

Was Jesus seeing the tree as Jerusalem’s failure to produce the fruit of righteousness?  Does his frustration boil over as he prepares to disrupt business as usual in the temple?  With righteous anger he locks his resolve to do something that will seal his fate with the high priests and scribes, who are determined to seek his death.

The following day, the disciples note that the fig tree has withered to the roots. Jesus understands that if God were to unleash his wrath on his people, it would destroy them.  He then launches into one of his most reassuring lessons on prayer.  No matter how hopeless things seem or how frustrated you are at your own apparent failure, never lose faith in God.  God can do even what seems impossible if you trust that good will come of a bad situation. The only thing that can weaken your prayer is if you are so angry you cannot forgive those who oppose or hurt you.

If this was a teachable moment for Jesus, it transformed him from an angry, righteous prophet into the Suffering Servant who surrendered himself to God’s plan to save his people not with wrath but with forgiveness and love.

What Jesus learned about prayer he teaches us, his human brothers and sisters.  Trust God. Forgive others. Then even the impossible becomes possible.

Pat is the former editor of our sister publication, Celebration, and he also served as NCR cartoonist. After retirement in 2016, Pat continues to contribute to NCR with his Francis comic strip and Pencil Preaching. COntact him at patrickjmarrin@gmail.com

Finding God in All Things: Jesus’ parables teach us how to see life’s hidden treasures

The least are greatest