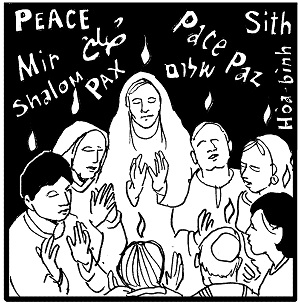 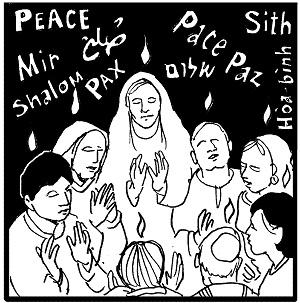 Mary, Mother of the Church

Marian devotion has always been a significant part of the church’s spirituality. In a sense, the maternal role of Mary has served as a balance to the traditional male designation of God (Father, Son and Holy Spirit), and millions of Catholics over the centuries have found it easier to pray to a mother than a father.

The question of Mary’s relationship to the church was given a thorough vetting during the Second Vatican Council (1962-65), when the assembled bishops voted to incorporate Mary into the document on the church rather than give her a separate document.

Their theological intent was to affirm that Mary is one of us, part of the church, an exemplar of Christian faith for all of us, rather than a figure who transcends the church or as a mediator to God, though popular devotion and countless Marian shrines around the world reinforce this.

Though the Council won the debate, today’s feast of “Mary, Mother of the Church,” was promulgated by Pope Paul VI at the end of the Council, and it was put on the official church calendar by Pope Francis around the time of Pentecost. Pope Francis often puts popular devotion ahead of theological precision.

In John’s Gospel, the beloved disciple is directed by Jesus from the cross to receive Mary as his mother and to take her into his home. All disciples are invited to regard Mary as their spiritual mother. Anyone who has prayed the rosary or said the moving “Memorare” prayer will understand the value of cultivating a deep relationship with Mary as a way to understand Jesus.

The richness of faith available to us within the church offers many approaches to prayer and devotion suited to personal needs. The important message of today’s feast is that Mary and all the saints model for us the path to God that opens wide as we follow Jesus.