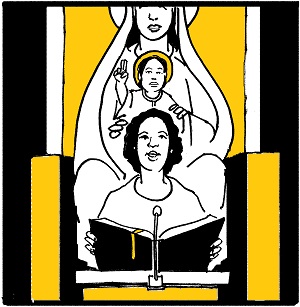 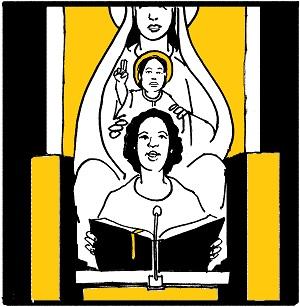 Feast of the Immaculate Conception

The doctrine of the Immaculate Conception, which holds that Mary herself was conceived free of original sin, has no explicit biblical basis but was theologically inferred from Mary's role as the mother of Jesus and therefore Theotokos -- "Godbearer."

The 1854 proclamation added to the conclusion of the Council of Nicea in 325 that Mary was chosen by God to mother divinity and humanity in the Incarnation. What is noteworthy is that this typically top-down church teaching met an enthusiastic bottom-up response from the Catholic people, the great sensus fidelium.

As Karl Jung said when another Marian doctrine, the Assumption, was declared in 1950, ordinary people long to complete the image of God with the missing feminine dimension, for when they are most in need human beings instinctively turn not to their fathers but to their mothers.

The power of this feast is less in its theological content than in how it resonates with the deep longing in human beings for a wholeness that seems somehow broken within us and in our troubled world.

Many years ago when I was living in Chicago, a big city that in winter seemed without color or beauty, I went to bed on December 7 and woke the next morning to the aftermath of a snowstorm that had covered everything from the rail yards and tenements to the factories and storefronts with a soft blanket of snow, even coating the trees and bushes in flocked glory. I knew from my own memories that children across the city were looking out the window at a no-school snow day, eager to dress and get out to play. Adults had other concerns about driving to work, endangered power lines and cancelled flights, but for the moment at least, the world again belonged to children.

That memory still captures for me the mystery of the Immaculate Conception. A pristine creation worn down by human progress and in many places ruined by mindless human consumption still retains its original promise of wholeness. The central Christian doctrine of the Incarnation – God with us – projects a future not of degradation but of beauty as grace does its work to perfect nature, first in us and then in our world. Human wholeness is already achieved in Mary, who reaches out to draw us into her son's divinity with her motherly embrace.