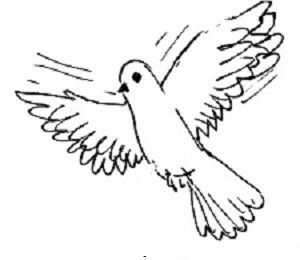 The Council of Jerusalem was crucial for the growth of the church into the gentile world. Acts gives us a window into the leadership of the church around 5O CE, some 20 years after the Christ event. The Apostle Peter presides at the Council, confirming the reports from missionaries Paul and Barnabas that the Holy Spirit is inspiring gentile converts with the same faith that Jewish believers have experienced.   James, regarded as the de facto leader of the mother church in Jerusalem, concedes that if this is the case, then gentiles must be admitted to the church without the added requirement of first becoming Jews. The way is opened to expand membership to the Graeco-Roman world being evangelized by the missionaries.

As much a theological document as an historical narrative, Acts clearly has the purpose of showing how this critical leap occurred from an all-Jewish community following the Jewish Jesus to a universal faith sent to the ends of the earth. Paul is given the spotlight in much of Acts as the principal broker of the primitive preaching about the death and resurrection of Jesus into a transformative spirituality inviting everyone to unite themselves to the Paschal Mystery of Jesus through baptism and to share in the communal reality of his presence through the Eucharist.

John’s Gospel, likely composed later than Acts, provides a mystical encounter with the crucified and risen Jesus as the Son of God, the Christ sent to redirect history from the misdirection of sin toward death to a path forward to the Beloved Community and divine life within the Trinity.  To believe in Jesus is to already possess this saving grace. It frees us from fear of death to live daring lives of love and the pursuit of justice —right relationship—within the human community and with all creation.  The forces that resist this vision will not prevail, though each generation of believers must advance this “good news” as their participation and personal transformation in the redemptive mission of Jesus.

The great paradox of the triumph of love is that its power is revealed not in glory or human success but through suffering.  Paul learns this in Athens when he tries to convince the philosophers that the resurrection of Jesus proves he came from God. He revises his approach after that to preach the cross of Jesus, his rejection and death, as the engine of history.  It is the martyrs who will advance the power of love to move hearts and history toward its true purpose. Paul preaches the cross and his union with the suffering of Jesus as the movement of grace within humanity toward perfection.  “May I never boast of anything except the cross of our Lord Jesus Christ, by which the world has been crucified to me, and I to the world” (Galatians 6:14).

This paradox will prove a stumbling block within church history each time it seeks power and self-aggrandizement.  Every reform movement is about recovering the cross and the role of the Suffering Servant as the only effective identity of the followers of Jesus.