The secret of nonviolence 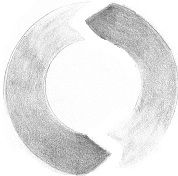 The measure with which you measure will in return be measured out to you” (Luke 6:38).

Jesus’ teaching on nonviolence will be proclaimed throughout the global church today as the radical wisdom that inspires us but has often seemed impractical and too idealistic in the dangerous realpolitik between nations whose arsenals include nuclear weapons. No president or diplomat has so far mentioned “turning the other cheek” or “loving your enemy” as the way to step back from the brink of a possible catastrophic East-West confrontation over Vladimir Putin’s threat to seize Ukraine.

Even Gandhi paused his uniform stance against violence during World War II so that after the war was won a grateful Great Britain would remember India’s support and give it independence.  When it did not, Gandhi understood and used the strategy of nonviolent resistance and non-cooperation he found in the Gospels to force India’s colonial master to depart by shaming it in the court of global public opinion for its abuses.

The core of Jesus’ teaching on nonviolence was that unconditional love even for enemies was God’s nature and the way to stop hatred and selfishness in order to heal the wounds caused by injustice and oppression. This leads to community instead of conflict, a common good that serves everyone instead of the inequality that stirs resentment and revenge.  The hard part of Jesus’ teaching was that it required disciples courageous enough to step into the path of power to expose its dehumanizing effect on both victor and victim.  Turning the other cheek, going the extra mile, loving your enemy instead of hating him, can in fact break the cycles of retaliation and lift the consciousness of whole societies to the absurd and self-destructive consequences of hatred and injustice.

We call these courageous disciples martyrs — witnesses to the divine extravagance of mercy and forgiveness in a world wired to use force as the only way to get what you want and to control others by intimidation and domination.  Jesus stepped into the path of the death itself to reveal the power and freedom of those who refuse to use violence. They may lose everything, but they keep their essential integrity, save their souls and reveal the divine image and likeness as children of God, the highest and most precious good of all.

The last part of today’s Gospel summarizes the secret of committing to peace and nonviolence as the measure of your life. The truth of the Golden Rule is that what we give is what we will get back. This is the organizing principle of the moral life and the reward of living generously and virtuously:

Give, and gifts will be given to you; a good measure, packed together, shaken down, and overflowing, will be poured into your lap. For the measure with which you measure will in return be measured out to you (Luke 6:38).

Column | The secret of nonviolence

When playing 'Finding Father,' look for clues other than sensible shoes

By no other name