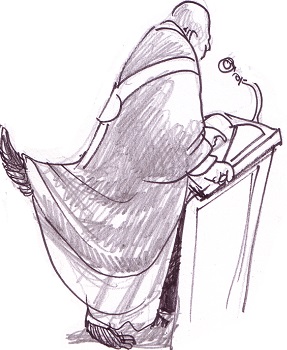 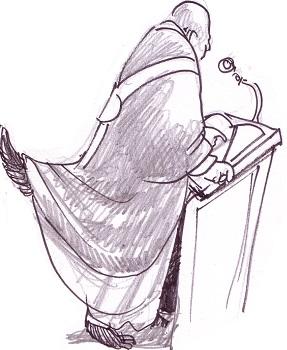 The image of a wolf in sheep’s clothing is shocking not just because the two images are so different but also because deception is implied. Someone with violent intentions is hiding within the guise of innocence.

The use of this image by Jesus in the Gospels and by Paul to describe the threat he perceived to his fledgling communities was always about false teachers. Jesus saw his mission to reveal what God is really like – the Abba, a parent, filled with tenderness and mercy for all his children -- but was continually running up against the power of formal religious leaders, whose interests to control people required a fearful, threatening God tied to legal observance.

Wherever his ministry took him, Jesus encountered people whose bodies and spirits were cowed and twisted with fear, communities ruled by status and shame, inclusion and exclusion. Those entrusted with the welfare of the community lacked compassion and too often concealed their own faults and immaturity behind a cloak of authority. The corruption of what should have been the best was instead the worst representation of God. It only perpetuated infantile religion and a moral meritocracy that savaged the community with prejudice and divisions.

We are to be neither sheep nor wolves, but disciples who listen and learn from Jesus how to be both innocent and shrewd about the complexities of human nature and the challenges of forming community in a world of light and darkness, good and evil. We ourselves are not above the struggle, and we must always be on guard to seek the truth and use power wisely.