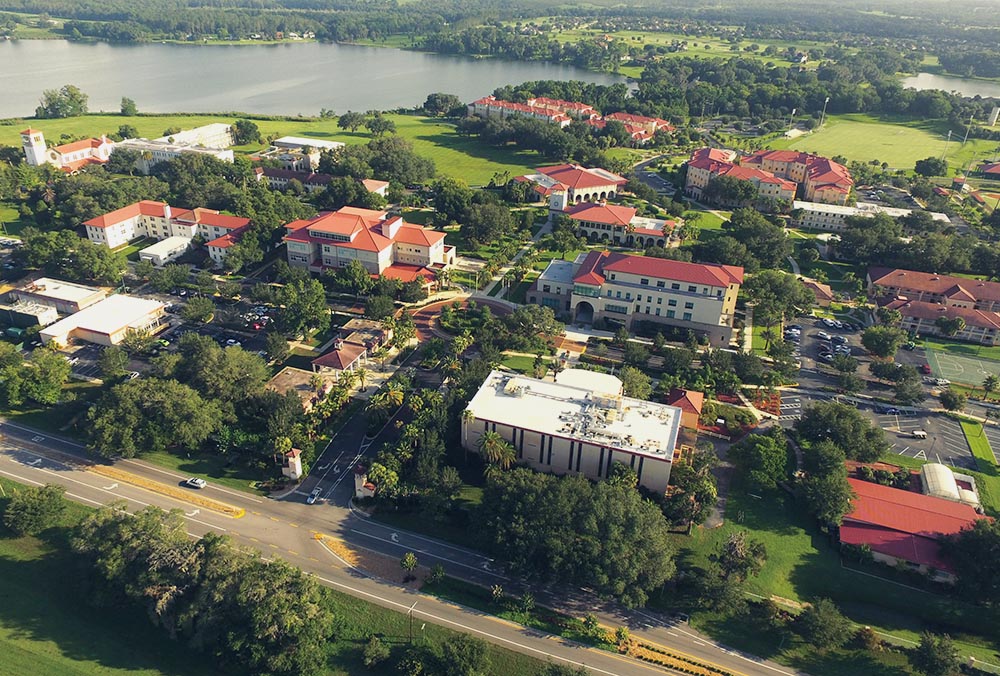 In a move professors said took them by surprise, the board of trustees of St. Leo University in Florida voted to derecognize its 44-year-old faculty union, making it the second Catholic university to take such action since federal courts and the National Labor Relations Board removed federal jurisdiction from union negotiations at religious colleges and universities in January 2020.

"As the COVID-19 pandemic has made clear to all of us, we need to be innovative and flexible," D. Dewey Mitchell, chair of the St. Leo Board of Trustees, said in an Oct. 23 statement. "By creating a new shared governance structure, faculty members can work closely with the administration to quickly adapt and meet the needs of our students."

During a virtual press conference Dec. 11, leaders of the United Faculty of St. Leo University decried the derecognition as thinly veiled union-busting that runs contrary to Catholic social teaching and the university's own Benedictine identity statement.

Union president Valerie Wright, a professor of education, said the decision gives the university administration a free hand to make unilateral decisions about layoffs and salary cuts while leaving faculty worried about their job security.

"It was like someone pulled the rug out from under us, and there was no warning," she said. "I mean, who would ever think of doing such a heartless thing in the middle of a pandemic?"

Wright said the union had worked with administrators to address the financial needs of the university. When the pandemic struck earlier this year, they returned professional development funds to the general fund, gave faculty the option of taking a pay cut, and helped craft a reopening plan.

"The board of trustees' call for shared governance that is nimble and flexible doesn't make sense," Wright said. "We already have it here."

"You just tore up your own statement of Catholic identity," Fahey said, directing his words at St. Leo's board. "Unions are not something about which there is any ambivalence in Catholic social teaching." 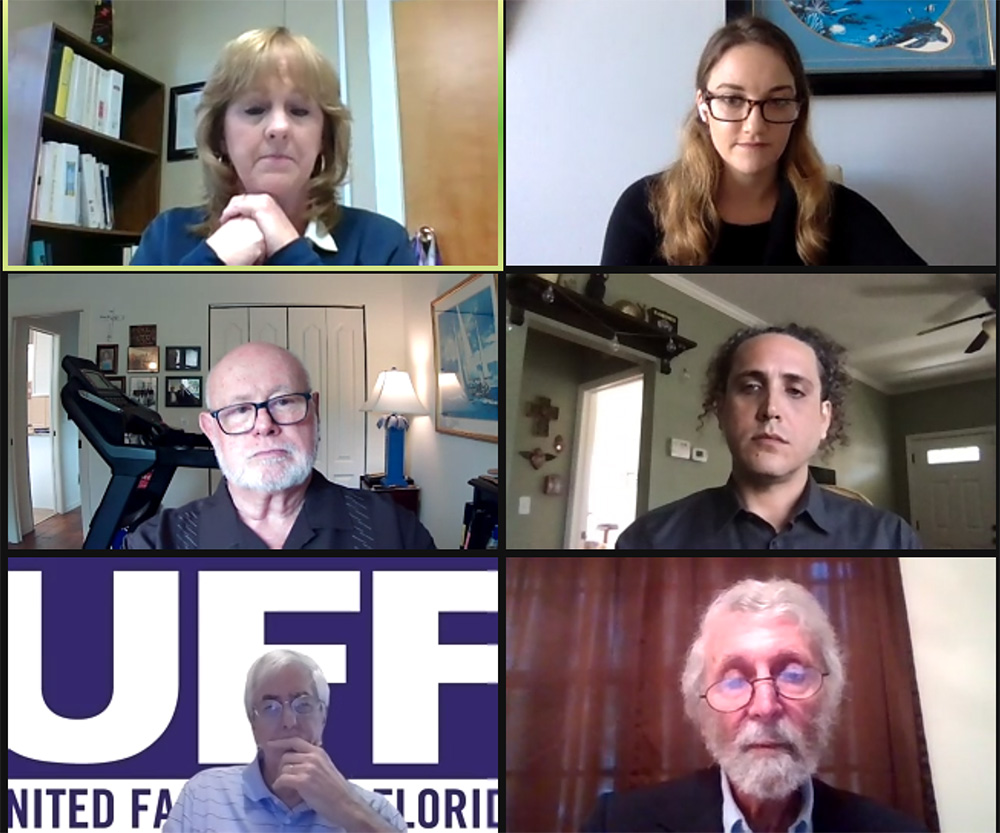 In a statement to NCR, a St. Leo spokeswoman said that the university created a transition team to set up the new shared governance system and is updating faculty weekly.

"Saint Leo is committed to moving forward together with our faculty to create an institution that's not only true to our Catholic roots, but ready to adapt to today's quickly changing higher education environment," the statement read.

It may be some time before the answer to that question is known, because colleges cannot void existing collective bargaining agreements. They have to wait for contracts to expire, as the one at St. Leo did in 2016, before derecognizing. Faculty at St. Leo have been working without a contract for four years.

But even as more contacts expire in the coming years, William Herbert, executive director of the National Center for the Study of Collective Bargaining in Higher Education and the Professions at Hunter College, does not predict a cascade of derecognitions at Catholic institutions, because many schools have long had unions on campus and have never objected to NLRB involvement.

"The majority have not raised this issue and [they] certainly know about the issue, so I don't think there's going to be a major shift," he told NCR.

St. Leo is not the only Catholic college to scrap its faculty union in the wake of the NLRB decision. St. Xavier University in Chicago did the same in the early summer, citing, like St. Leo, the financial pressures of the pandemic.

Members of the Faculty Affairs Committee union have pushed back against the decision with a rally in July, letter campaigns and a petition drive, but so far St. Xavier has not budged.

"The reason there's no union, the reason they've denied the collective bargaining agreement has something to do with financial interest, but it also has a lot to do with their unwillingness to negotiate on anything," the union's co-chair Michael O'Keeffe told NCR.

In the six months since dropping the union, the administration has taken advantage of the weakened faculty voice to make academic policy changes, reopen campus with little input, and require faculty sign a COVID-19 liability waiver, pledging not to sue if they get sick while teaching in-person, O'Keeffe said.

Though the administration gave raises to all professors making under $100,000 this year, the union is worried that layoffs are on the horizon.

In a statement, a St. Xavier spokeswoman said the derecognition resulted in greater faculty involvement than before, with faculty representation on all the committees that made the decisions the union said they had little voice in.

The statement also said that unlike many other universities, St. Xavier has not laid off or furloughed a single employee since the pandemic began.

The union derecognitions at St. Xavier and St. Leo were only possible due to recent court rulings and NLRB decisions curtailing the federal government's ability to oversee religious campuses.

Since 2014, the NLRB had been certifying unions and resolving collective bargaining disputes at religious institutions for employees who were not directly involved in the universities' religious mission.

U.S. Court of Appeals for the D.C. Circuit put a stop to that last January when it blocked an attempt by the NLRB to intervene in a unionization dispute at Duquesne University, saying that such action would violate the Pittsburgh Catholic school's right to freely exercise its religion.

In a June decision concerning Bethany College in West Virginia, the NRLB signaled it would exercise no oversight whatsoever at religious institutions, in accordance with the Duquesne ruling.

While the Association of Catholic Colleges and Universities, which represents more than 200 Catholic institutions of higher education, supported the ruling, not everyone is on board.

Don Carroll, an adjunct professor at the University of San Francisco School of Law, said the push to remove labor protections is not about defending First Amendment religious freedoms, but instead, "usually comes down to the money."

Union backers at St. Leo and St. Xavier expressed hope that after President-elect Joe Biden appoints members to the NLRB, the decision will be reversed, but that prospect faces long odds.

Carroll said that even if a reshuffled NLRB changed its mind, the D.C. Circuit could strike it down again, as it did in the Duquesne case. An appeal to the Supreme Court would likely meet a cold reception.

"I think the chances for change on the legal front are quite slim," he said.

A version of this story appeared in the Jan 22-Feb 4, 2021 print issue under the headline: St. Leo disbands faculty union.