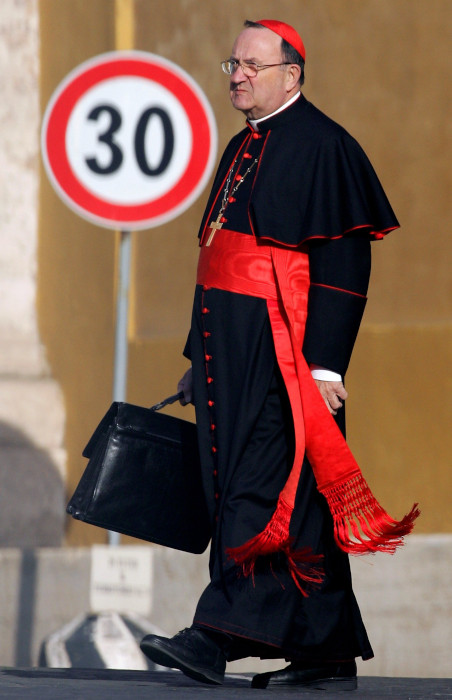 Swiss Cardinal Henri Schwery died Jan. 7, 2021, in Saint-Léonard, Switzerland, at the age of 88. He is pictured arriving for a general congregation meeting at the Vatican April 14, 2005. (CNS/Reuters/Max Rossi) 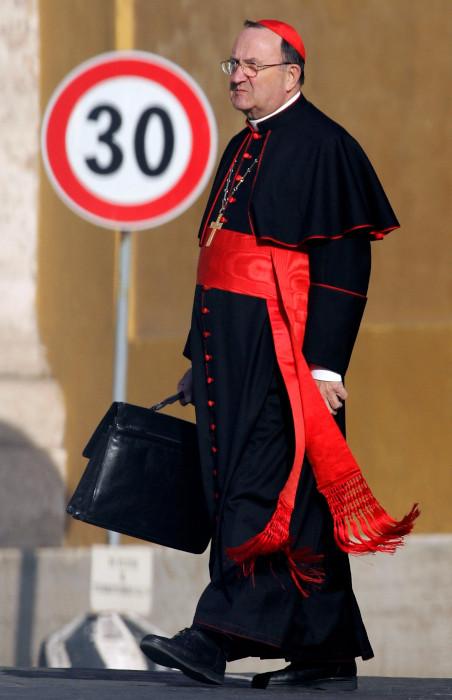 Swiss Cardinal Henri Schwery died Jan. 7, 2021, in Saint-Léonard, Switzerland, at the age of 88. He is pictured arriving for a general congregation meeting at the Vatican April 14, 2005. (CNS/Reuters/Max Rossi)

Swiss Cardinal Henri Schwery, whose diocese was home to Archbishop Marcel Lefebvre's priestly society, died Jan. 7 at the age of 88.

As president of the Swiss Bishops' Conference in the late 1980s, the cardinal had appealed to the then-suspended archbishop not to defy St. John Paul II by ordaining bishops without papal approval. The archbishop ordained them anyway in 1988, bringing an automatic excommunication upon himself and the bishops being ordained.

In a condolence message, Pope Francis said Schwery, the retired bishop of Sion, had fought "for the unity of the church on different occasions."

"Attentive to the pastoral needs of the faithful, he invested himself in priestly vocations and the formation of priests," the pope wrote. He also recognized the late cardinal as a "man of science" and a shepherd "intensely devoted to guiding his diocese."

Schwery had earned his university degree in mathematics and quantum physics after being ordained to the priesthood in 1957 at the age of 25.

The last of 11 children, he was born in Saint-Leonard, Switzerland, June 14, 1932. He studied at the major seminary of Sion nearby and in Rome.

After his ordination, he taught physics, math, religion and the history of sciences at Lycee College in Sion and was the director of the minor seminary of Sion and rector of Lycee College. From 1958 to 1977, he spent a month every year serving as a military chaplain.

The town of Econe is within the diocesan boundaries; it is where Archbishop Lefebvre established his headquarters and a seminary for his Society of St. Pius X and where the consecration of four bishops took place without papal approval. The archbishop and his society had refused to accept some teachings of the Second Vatican Council and the revised liturgy.

Schwery served as a member of the Vatican Congregation for Catholic Education from 1978 to 1983.

He was active in promoting the pastoral care of families, vocations and evangelization in Europe and served as president of the Swiss Bishops' Conference from 1983 to 1988.

He helped organize and host St. John Paul's visit to Switzerland in 1984 and he took part in the extraordinary Synod of Bishops in 1985 to commemorate and assess the work of the Second Vatican Council.

St. John Paul named Schwery to the College of Cardinals in 1991. For health reasons, he retired as bishop of Sion in 1995 at the age of 62, but he continued as a member of several Vatican dicasteries and took part in the conclave that elected Pope Benedict XVI in 2005.

Schwery's funeral was to take place Jan. 11 in Sion without the presence of the faithful due to the ongoing COVID-19 pandemic.

His death leaves the College of Cardinals with 228 members, 128 of whom are under the age of 80 and eligible to vote in a conclave to elect a new pope.