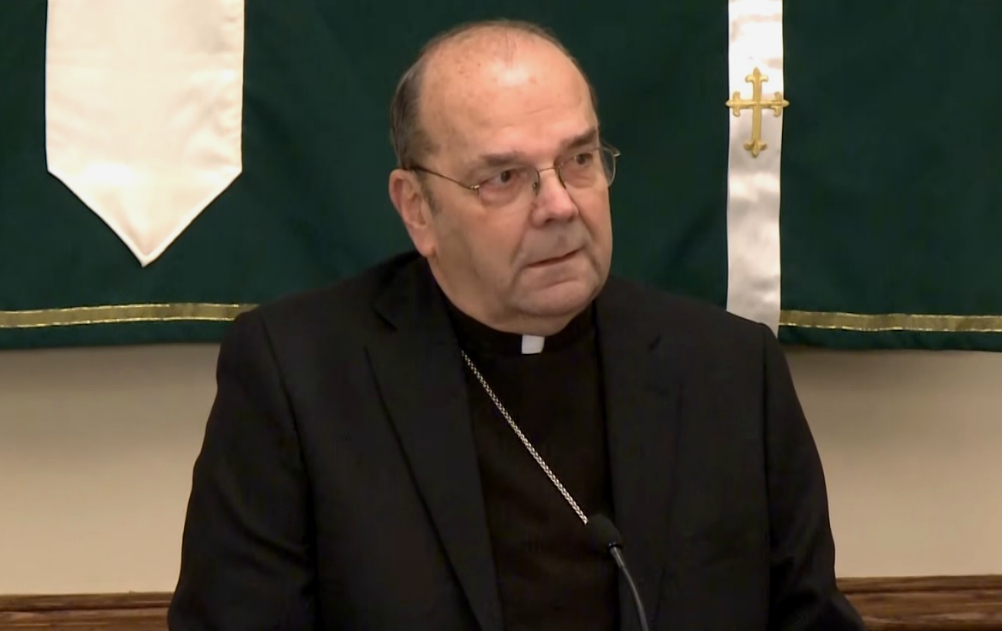 Victims have until May 16 to submit claims, which the bishop stressed would be paid for through the diocese's general liability insurance program, not donations. Only people who submitted claims to the diocese before Feb. 14 are eligible. Participants will not sign confidentiality agreements, but they agree not to sue the diocese or diocesan staff.

About 76 victims from cases dating to 1941 are eligible for compensation for "pain and suffering" at the hands of priests, Cunningham said at a press conference. The day's ashes "outwardly express our guilt before God and we are prompted by the hope that the Lord is kind and compassionate, patient and understanding," he said.

The diocese previously settled 20 clergy sex abuse cases. Forty priests in the seven-county diocese have been accused since 1941. Of those, 18 are alive; they are considered credibly accused and have been removed from ministry.

Cunningham reiterated his policy of not naming accused priests who have not been identified publicly, saying he is respecting requests from some survivors not to do so.

The Syracuse Diocese joins other dioceses in the state — New York City, Brooklyn and Rockville Centre — in implementing the Independent Reconciliation Compensation Program. The programs are run by Kenneth Feinberg and Camille Biros, independent arbitrators from Washington, D.C. The pair has mediated compensation programs in cases including survivors of the Sept. 11 terrorist attacks, the BP oil spill and the 2016 Pulse nightclub massacre in Orlando, Florida.

According to the Syracuse protocol, which is similar to plans followed in the other dioceses, Feinberg and Biros are independent, and their decisions are final.

The program comes as New York state legislators are considering a law that would extend the statute of limitations on child sex abuse claims. For the past 12 years, some version of the bill has gone through the Democrat-dominated Assembly but failed to advance in the GOP-controlled Senate.

"We're doing this no matter what happens with the statute of limitations," Cummings said. "We say, 'Do what you think is right for you.' "

Cunningham ended his 10-minute presentation with a reference to a 2015 controversy widely viewed as insensitive to sex abuse victims. The local newspaper published an exchange from a 2011 deposition in which a lawyer asked if a child molested by a priest committed a sin. "The boy is culpable" Cunningham responded.

The same day, Cunningham issued a public letter in which he said, "My choice of words should have been better." He wrote, "I in no way believe a child is responsible for being abused by any person." More than 86,500 people signed a Change.org petition calling for his resignation.

Cunningham turns 75 in June, the age at which canon law requires he submit his resignation. The announcement was not related to hopes that Cunningham could improve his legacy, said Danielle Cummings, chancellor and diocesan director of communications. "It's just the right time," she said.

[Renee K. Gadoua is a freelance writer and editor in Syracuse, New York. Follow her on Twitter: @ReneeKGadoua.]