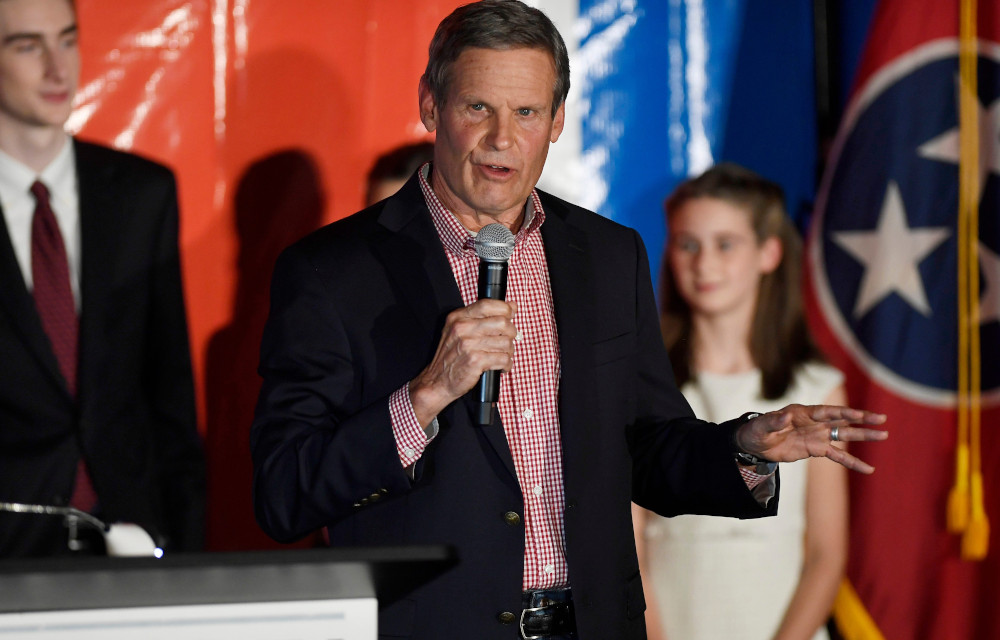 A Tennessee death row inmate scheduled to be executed Dec. 3 was granted a reprieve until April 9 by the state's Republican governor, due to COVID-19.

In a Nov. 6 statement, Gov. Bill Lee said the reprieve for Pervis Payne, who has been on death row since 1988, was granted "due to the challenges and disruptions caused by the COVID-19 pandemic," but he did not give any more details.

Kelley Henry, Payne's attorney, said in a statement that the governor was right to delay the execution because of the pandemic. "Bringing witnesses into the prison is unsafe for them, the staff and the prisoners," she added.

She also said the additional time will give the Tennessee Legislature the opportunity to pass bipartisan legislation that could allow Payne's claims of intellectual disability to be heard in court.

The Tennessee Black Caucus of State Legislators filed a bill Nov. 6 to allow a defendant already sentenced to death and whose conviction is final to still bring a petition regarding a claim of intellectual disability.

Henry also said the additional time will allow Payne's legal team to "continue the fight" to prove his innocence.

Payne, a 53-year-old Black man, has always claimed his innocence in the 1987 murder of a mother and daughter, for which he was convicted and sentenced to death.

He is appealing for DNA testing in his case, which is supported by the Innocence Project, a national organization that works to exonerate the innocent, primarily through DNA testing.

Tennessee's three Catholic bishops urged the state's governor to stop Payne's execution in an Oct. 27 letter saying: "Carrying out this execution does not serve the cause of justice."

The bishops of the dioceses of Nashville, Knoxville and Memphis did not comment on Payne's guilt or innocence but instead emphasized their opposition in general to the death penalty, noting the planned execution "bucks the national trend of moving away from capital punishment."

"Nationally, we have seen more than 165 people released from death row after they have been found to have been innocent of the crime for which they were convicted. Based on a human system as it is, there is always the chance that the state executes an innocent person. But even when guilt is certain, execution is not necessary to protect society," the bishops wrote.

"We pray for the people of Tennessee, that through our elected government, we might turn to the path that respects and defends human life from its beginning at conception to its end at a natural death," said the letter signed by Bishops J. Mark Spalding of Nashville, Richard F. Stika of Knoxville and David P. Talley of Memphis.

The bishops also offered their prayers for victims of crime and their families and friends, and particularly for Charisse Christopher, 28, and her 2-year-old daughter, Lacie Jo, who were found stabbed to death June 27, 1987.

The Tennessee Catholic Public Policy Commission, the public policy arm of the state's bishops, sent out an alert to diocesan Catholics Oct. 18 calling attention to some of the problems with Payne's case, including the lack of DNA testing.

The alert said DNA evidence from the crime scene had not been tested and a recent judge's order to do this, which hasn't been completed, "could well help prove Mr. Payne's innocence."

It also pointed out Payne's documented intellectual disabilities call into question "the very notion of justice in the way that we treat the mentally disabled. His prosecution and sentencing echoed the all too often refrain of bias in the death penalty process."

Earlier this year, Sr. Helen Prejean, an advocate of abolishing the death penalty, tweeted: "Payne has an IQ of 72 and there is additional evidence that he is intellectually disabled. The Tennessee Supreme Court has previously said that the state has no interest in executing intellectually disabled people, but denied Pervis an opportunity to prove his disability."

"Tennesseans deserve so much better than this reckless effort to execute disabled death row prisoners in violation of the Constitution," she said.