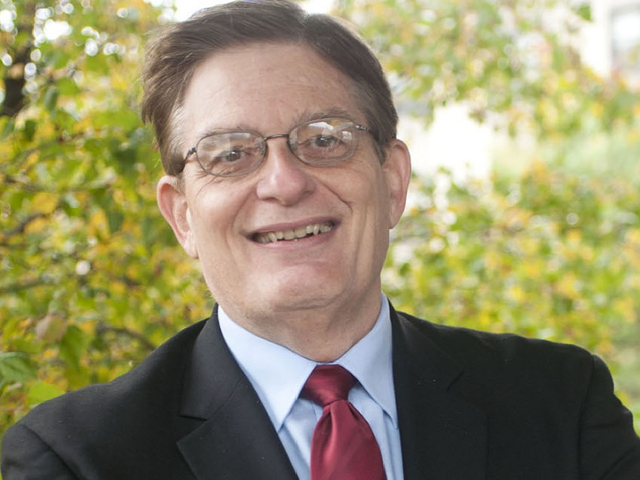 Deacon William Ditewig (Photo taken with the theologian's permission from his profile at conciliaria.com)

A former key U.S. Catholic bishops’ conference staffer has been told he is not allowed to speak publicly in the Philadelphia archdiocese because he co-authored a book investigating the possibility of ordaining women as deacons.

William Ditewig, a theologian and deacon who previously served as the head of the bishops’ secretariat for the diaconate, has been told his public presence in the archdiocese would cause “doctrinal confusion.”

Ditewig, who has authored 10 books on the permanent diaconate and lay ministry, told NCR he had no intention of discussing the question of women deacons during his talk, which was to be an update on the state of the diaconate.

Ditewig served in the role at the bishops’ conference from 2002-2007. He had been scheduled to give an address to the archdiocese’s deacons, wives, and deacon candidates in March 2013 before being told of its cancellation in September.

Notice of the cancellation, which was made available to NCR Monday, came from the archdiocese’s speaker approval commission, a group of six priests and one lay female theologian tasked with reviewing speakers for archdiocesan events.

Their cancellation came without consultation with the deacon.

Ditewig, the commission alleged in a short letter explaining the matter, “has publications … in which he argues for women deacons based on a reading of historical data that is not in accord with the data of Tradition considered globally.”

“The Archdiocesan Speaker Approval Commission recommends that Deacon William T. Ditewig not be approved to speak in the Archdiocese,” it states.

The authors, Ditewig said, felt compelled to research the matter based on Vatican statements and actions related to the ordination of deacons.

In his 1994 apostolic letter Ordinatio Sacerdotalis, Pope John Paul II declared that the church “has no authority whatsoever to confer priestly ordination on women.”

Members of the Philadelphia archdiocese’s speaker approval commission did not respond to repeated requests for comment on the matter.

Kenneth Gavin, the archdiocese’s associate director of communications, said in an interview that the commission is tasked with reviewing speakers to ensure they “are going to be presenting material in a manner that is clearly and fully in line with the magisterium of the church.”

“The speaker approval commission is really very aware of Deacon Ditewig’s national reputation and his service to the [bishops’ conference] and the diaconate within the church,” said Gavin. “But they felt that for this particular workshop because of some of the things that are out there that he speculated on … he might not be the best fit.”

Asked about George’s position on the question of women deacons, Gavin said that since the matter is still considered unanswered Ditewig’s presence for the deacon event wasn’t appropriate.

“This wouldn’t be the best setting for an open question or something that is a matter of debate theologically at this point in time and how the diaconate is structured within the church itself,” said Gavin. “It wasn’t the setting for discussion on theological debate-like topics. This was ongoing formation. It’s educational for the deacons and their wives.”

Ditewig told NCR: “I was invited to come and just give an update on the state of the diaconate, which I have done quite a bit of work on. I had no intention to do anything in regard to the ordination of women as deacons. That was not the point of the talk.”

Although the speaker commission did not mention the women deacons book in its statement on the cancellation by name, it vaguely references Ditewig’s “publications and blog postings.”

“While the Magisterium has not made a definitive pronouncement” on some of Ditewig’s positions, the commission states, “an argument can be made that the ordinary universal magisterium has moved against the positions of Deacon Ditewig.”

“Approving him as a speaker would introduce the possibility of doctrinal confusion rather than helpful instruction so the Commission holds that it is more prudent to give him a negative recommendation,” the commission alleges.

Speakers for archdiocesan events, said Gavin, are supposed to be reviewed by the speaker commission before an invitation is extended to them, which did not occur in Ditewig’s case.

Asked if the commission would seek to consult with proposed speakers regarding their theological positions before making a ruling, Gavin said that the commission “would not have interaction with suggested speakers.”

“They form their recommendations based on the public writings, speeches, and curriculum vitae of proposed speakers keeping the nature of the workshop or conference in mind,” he said.

Prior to the merger, the committee on the diaconate completed an extensive training document on the U.S. diaconate in 2005, titled “The National Directory for the Formation, Ministry and Life of Permanent Deacons in the United States.”