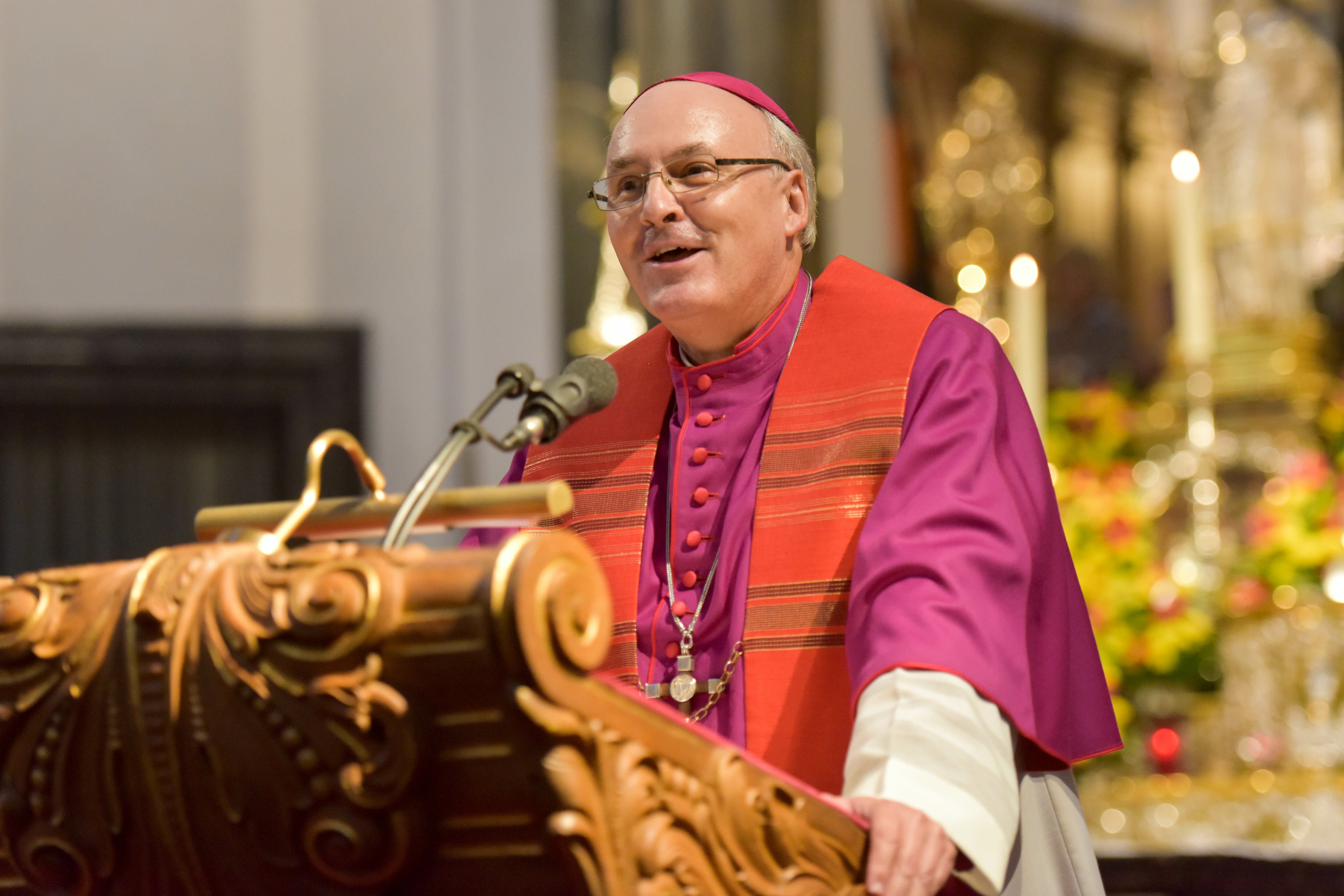 German Bishop Rudolf Voderholzer of Regensburg speaks in the Fulda Cathedral during the closing Mass of the Fall Plenary Assembly of the German bishops' conference Sept. 28, 2017. (CNS photo/Harald Oppitz, KNA)

The German Catholic news agency KNA reported that, in an open letter to the Synodal Presidium published Jan. 11, the Regensburg bishop wrote that the debate on such language in the texts of resolutions should be discussed at the next Synodal Assembly, Feb. 3-5, as promised to the delegates at the last assembly in October and also stated in the minutes.

With the planned postponement of the discussion to the fourth Synodal Assembly in the autumn, the presidium was "once again ignoring a wish of the members of the Synodal Assembly," Bishop Voderholzer wrote. "I protest against this procedure."

KNA reported Bishop Voderholzer said the presidium had decided not to hold the debate until a text of the synodal discussion group on trans- and intersexual people was available in draft form. That justification was not "valid," the bishop said. The debate on gender-neutral language had been going on for years and there was enough research on it, he said, so the debate should be held before the final adoption of texts.

In a news release accompanying Bishop Voderholzer's letter, the Diocese of Regensburg said the issue should be addressed urgently because it went beyond the writing style and readability of documents. Texts with the "gender star" — formed by placing an asterisk after the stem of a noun to denote that it refers to all genders, including nonbinary people — would also be "an unmistakable commitment to gender ideology and thus a contradiction of biblically based anthropology."

The German Catholic Church has been struggling to regain its credibility and trust after a decade in which it was rocked by sexual abuse scandals and saw Catholics in large numbers turn their backs on the church. Bishops and laypeople launched the Synodal Path to discuss ways to lead the church out of its crisis.

The vast majority is calling for far-reaching reforms, such as a change in sexual morality, more rights for women and laypeople and greater control of power. However, the decisions of the Synodal Path have no binding legal force in the church.

The 230-member Synodal Assembly is the supreme body of the Synodal Path project. Members of the assembly make decisions, and all have an equal vote. The February assembly is the third of four.

In addition to the members of the German bishops' conference and the Central Committee of German Catholics, the assembly includes up to 10 Catholic women and men nominated by each of those two bodies. In addition, the assembly includes representatives of priests, religious, deacons, young people, pastoral workers, local parish assistants, theologians and vicars general.