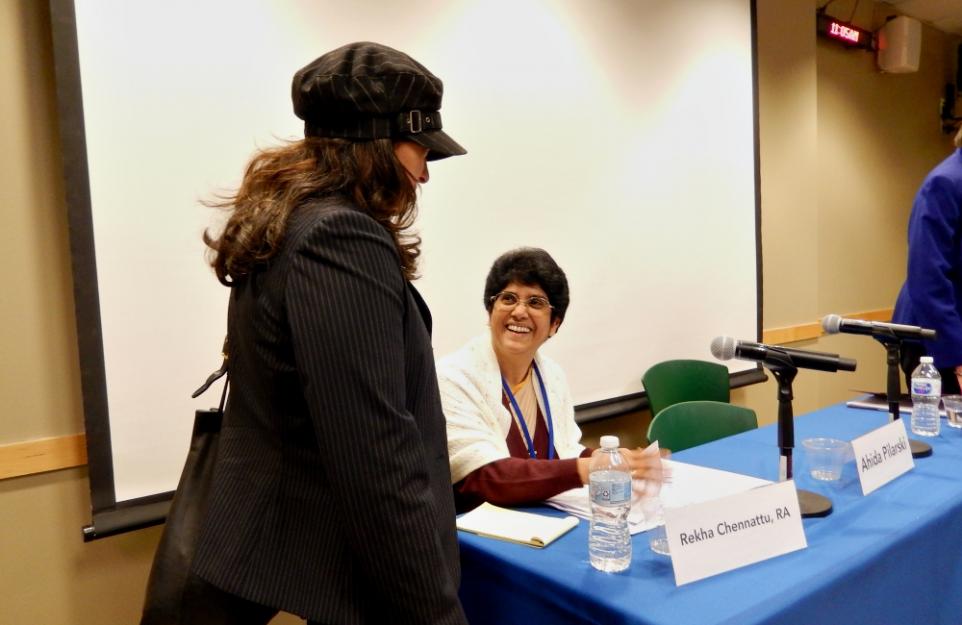 Assumption Sr. Rekha Chennattu speaks to an attendee of the "Daughters of Wisdom: Women and Leadership in the Global Church" conference in April 2018. Chennattu has written about the exclusion of women from ordained ministry in the Catholic Church. (Provided by Sr. Rekha Chennattu)

With dwindling vocations to the priesthood, especially in the West, the cry for women deacons is getting stronger, even while some fear a mixed-gender diaconate might serve to reinforce clericalism in the church.

Pope Francis is not altogether opposed to the idea. He has stated that he cannot ordain women as deacons without a theological and historical foundation.

The pontiff created a Vatican commission in 2016 to study the tradition of women deacons in the Catholic Church upon the request of the International Union of Superiors General. However, the Commission could not arrive at a consensus and have been told to continue their studies individually.

Theological experts from India are not optimistic about the outcome.

Feminist theologian Kochurani Abraham of Kerala said in a telephone interview that the Scriptures point to theological and biblical references to women deacons, particularly chapter 16 of Paul's letter to the Romans, which mentions Phoebe, a woman who served as a deacon.

Virginia Saldanha of Mumbai, a leader of the Indian Christian Women's Movement, questioned why women aren't already ordained as deacons.

"Why not have women deacons when most of the churches in the West are functioning because of women who are doing the work of deacons?" she said in a telephone interview. She cited the example of Ludwien Mortier, a pastoral assistant who has been running the Holy Family Parish in Lier, Belgium, for the past two decades.

Lier does everything the parish priest should do, except consecrate hosts and give absolution.  She conducts funerals, Eucharist liturgies, prepares children for sacramental catechesis with an 80-year old priest visiting only on certain occasions to consecrate the Eucharist.

The people of the parish are happy with Mortier's service. Yet she has not been ordained even as a deacon.  This is an "absolute injustice" to women, said Saldhana. 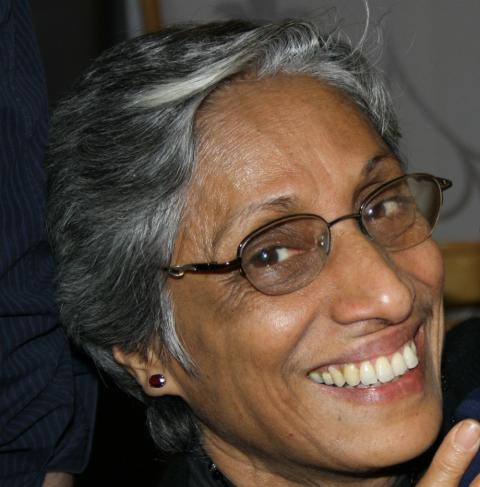 "Nuns are already doing the work of deacons and much more. With this tag they will only be more exploited and given lots more of duties with no recognition,"she said.

The concern is that even if women are made permanent diaconates they will not be given leadership positions or be involved in policy making in the church, said Abraham

Dr. Astrid Lobo Gajiwala from Mumbai, a theologian and activist, advisor to the Indian bishops on women's issues and medical ethics scholar, said,"We do not need deacons of either sex. It only leads to clericalism which is a scourge of the church."

"As deacons, women would be at the bottom of the hierarchy and accountable to the clergy. This can be disastrous for women because already their service is often exploited and reduced to servitude.The workspace power coupled with spiritual power is a dangerous combination as we have seen in cases of clergy sexual abuse," she said.

Sr. Rekha M. Chennattu, superior general of the Religious of the Assumption, in her article  “Women in the Mission of the Church — An Interpretation of John 4," stated that: "There is a growing awareness among us today that women are not given their rightful place in Biblical exegesis and theology, and in the life and mission of the Church.

"This exclusion has been often justified by recourse to Scripture. It is generally accepted that reading Scripture is not neutral and interpreters are not free of presuppositions. Moreover some biblical texts themselves are indeed ideologically biased against women; and some texts are mistranslated and misinterpreted by the exegetes. Hence, the Bible has become an important source and legitimizer of excluding and alienating women from the mission of the Church."

The Samaritan woman described in John 4 takes the initiative in the mission of proclaiming Jesus without looking for approval from anyone and without seeking the permission of anyone, she stated.

While there are parishes where women religious and parishioners are running parishes, none are ordained, said Gajiwala. Jesus did not ordain priests. The theology that supports the ordination of men was created by ordained men in power to "justify and protect their own power over the Eucharist and the forgiveness of sins and therefore over the congregation,"she said.

"It is ridiculous to be bound by patriarchal practices that saw women as 'sinners, temptresses, and second-class citizens,'" said the theologian.

"One of the reasons underlying the ban on the ordination of women is the notion that women are unclean because they menstruate. Menstruating women could not approach the altar, much less hold the Eucharist," said Gajiwala.

Benedicta Lobo, a retired teacher who now teaches catechism, asked,"When married men can be ordained deacons, why not women?"She said Pope Francis has said that he values the "feminine genius,"but, she wondered, why he won't allow that to fully penetrate church leadership.

Gajiwala is also of the opinion that women should be given a role in the governance of the church. "Women are governing the world, why should the church be an exception? However, we do not need women deacons for women to be part of the decision-making in the Church," she emphasized. 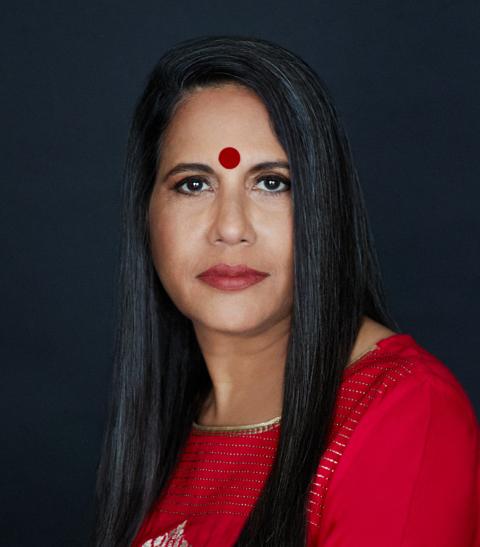 "Women form 50 percent of the church and the majority in the pews. They hold up the church.What the bishops don't seem to realize is that if women walked out there would be no church. Not only because of their numbers, but also because women teach the young their faith; so if they walk out their children will go with them," she said.

The synod of bishops for the Pan-Amazonian region, which will take from Oct. 6-27 in the Vatican, will discuss the possibility of ordaining married men as priests. Due to an acute shortage of priests, the indigenous people of Amazon are being denied the Eucharist and the sacraments.

That perhaps is the hidden premise of the Vatican's ordination of only men as deacons and its forthcoming synod to consider the ordination of married men to the priesthood.

[Based in New Delhi, Rita Joseph has worked for the Press Trust of India (PTI), as the features editor (Delhi) of The Statesman newspaper, and as deputy editor of ucanews.com, an independent Catholic news source from Asia.]