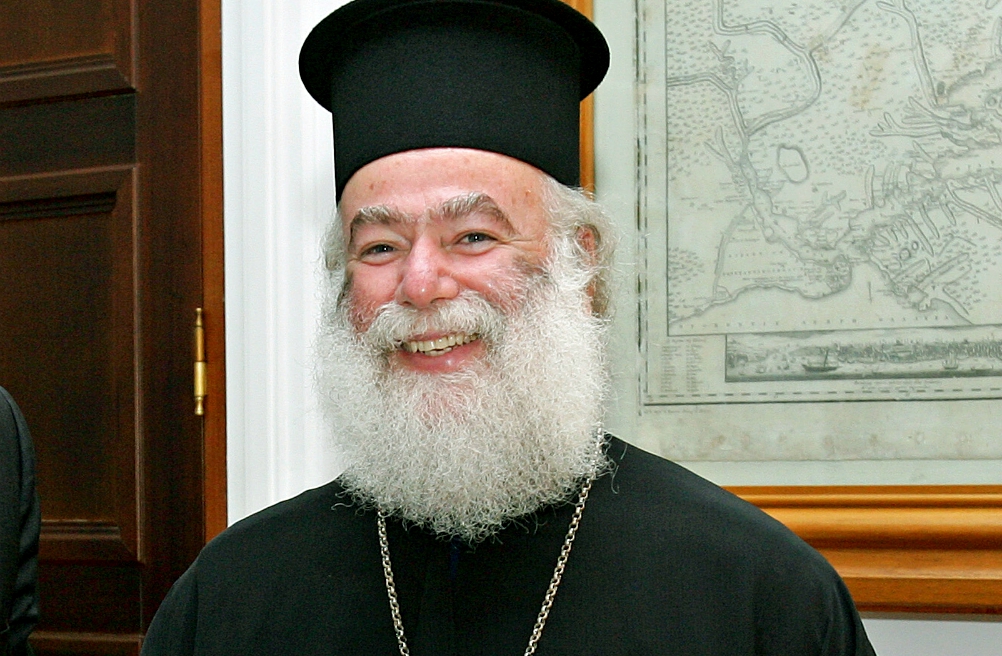 Orthodox liturgical theologians are voicing support for the decision of Patriarch Theodoros II and the Greek Orthodox Holy Synod of the Patriarchate of Alexandria to reinstate the order of deaconesses.

"We respectfully support the decision of the Patriarchate of Alexandria to restore the female diaconate, thus giving flesh to an idea that has been discussed and studied by pastors and theologians for decades," nine theologians from theology schools and seminaries of the United States and Greece said in a statement dated Oct. 31.

Theodoros, pope and patriarch of Alexandria and All Africa, consecrated five women to the diaconate last February in the Democratic Republic of the Congo, primarily to assist in missionary churches.

Modern Orthodox scholarship acknowledges the existence of a female diaconate in the early church, with many tracing it back to a woman named Phoebe mentioned by the Apostle Paul in his letter to the Romans. However, "it really fell out of existence in the late Byzantine period," said Carrie Frederick Frost, an Orthodox theologian who sits on the board of the St. Phoebe Center for the Deaconess, an organization that provides education about and promotes the female diaconate in the Orthodox Church.

"Every now and again there has been one ... but, for the most part, the past few hundred years have not seen deaconesses," Frost told NCR in a Nov. 20 interview.

For several decades, Orthodox patriarchs have discussed the possibility of bringing the order back. A 1988 Pan-Orthodox Consultation at Rhodes, Greece, produced the document "The Place of Women in the Orthodox Church," which stated that the "apostolic order of deaconesses should be revived."

Little had been done to advance the cause until Theodoros' surprise move earlier this year.

Reports indicate, however, that Theodoros did not ordain the women in the traditional manner, with the laying of hands at the altar, but "consecrated" them on the side.

Frost says that the ceremony appeared to be a "blending" of the ordination of deacons and the blessing of those entering the subdiaconate, the highest minor order in the Orthodox Church, possibly to deflect pressure from parts of the church that are resistant to the idea of conferring major orders on women.

"There's an allegiance to tradition that sometimes gets lived out as resistance to change," Frost said. Many Orthodox are wary of breaking with tradition, she said, and see the decline in other churches' membership as evidence that the way of the past is the way of the future for the Orthodox Church.

"They see [the female diaconate] as a slippery slope," she said. "It's a fear about capitulating to what is perceived to be the secular world at large, in that doing things differently in the Orthodox Church, even if it were a return to something that was historically the case, like the female diaconate, that that would be a capitulation to secular pressures about modernity and change."

For this reason, the Patriarchate of Alexandria's decision could have a large impact. Orthodox bishops do not answer directly to a pope or head patriarch, and could technically start ordaining women as deacons, but probably will not as long as it appears that such a move would cause conflict. In a church very concerned with precedent, the patriarchate "really gave us an example of a local church ... making that decision internally," said Frost.

"I don't want to pigeonhole them into woman-to-woman ministry, but I think that is something they would give the church that the church does not have right now," Frost said.

She also notes that in the case of the Patriarchate of Alexandria, the women were chosen "to help with missionary work. The church is growing gangbusters in Africa right now; there aren't enough priests, there aren't enough people on the ground ... and they desire to deputize these women to teach, catechize and lead services."

The revitalization of a female order of deacons in the Orthodox Church could influence the work of Pope Francis' commission studying the possibility of female deacons in the Roman Catholic Church, which has traditionally recognized the validity of Orthodox sacraments.

"I'm sure that there's a whole lot of conversation going on in the Holy See right now with regard to Catholic-Orthodox relations on this question," William Ditewig, a theologian, Catholic deacon and former head of the U.S. bishops' Secretariat for the Diaconate, told NCR.

"In the Orthodox Church, the diaconate is a ministry on a different level than that of bishops and [priests]," Orthodox Fr. Steven Tsichlis told NCR. "One can be ordained to the diaconate and remain a deacon for one's entire life; the diaconate should not be seen merely as a step to the priesthood and episcopacy in Orthodoxy — although it sometimes is today."

"It's about the vocation," said Ditewig. The diaconate "is not a lower-case priesthood. This is a vocation in its own right."