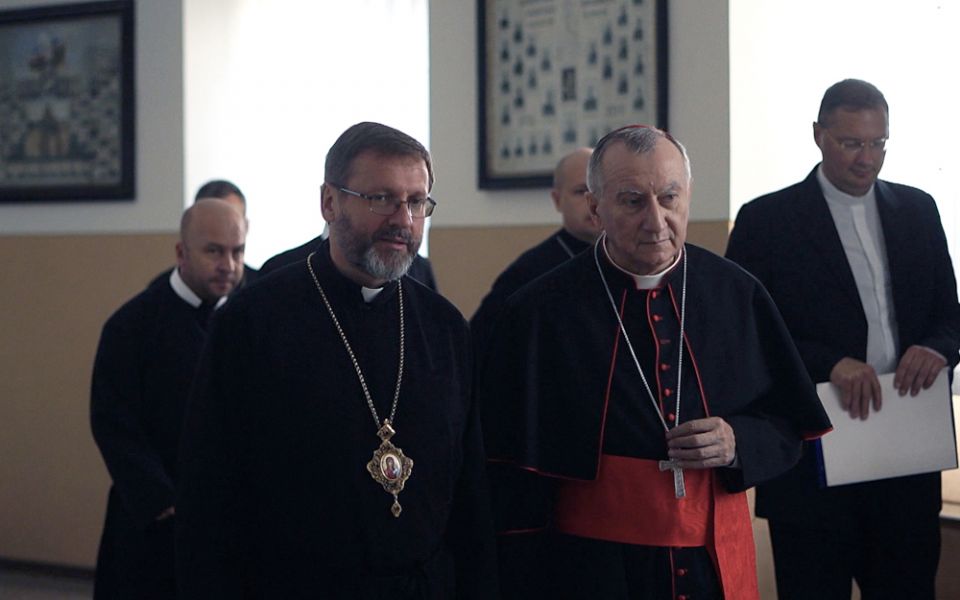 Vatican City — Bishops of the Ukrainian Greek Catholic Church are meeting at the Vatican for a synod aimed at strengthening the Byzantine Rite church’s ties with Rome while maintaining its identity in the ongoing tug of war between East and West.

Ukrainian Greek Catholics, who make up the world’s largest Eastern church, are in full communion with the Roman Catholic Church and are distinct from the Ukrainian Orthodox Church, which recently secured its independence from Russia.

The synod requires some delicate diplomacy for the Vatican, which under this pontificate has made numerous efforts to strengthen relations with Russia, notably signing a joint declaration with Patriarch Kirill of Moscow during Pope Francis’ February 2016 visit to Havana. This has made the pontiff hesitant to openly condemn Russia in the past, since addressing the conflict in Ukraine risks setting back the clock on relations with the Kremlin.

But in addressing the church’s 47 bishops, including 10 from the U.S., Canada and Australia,  on Sept. 4, the Vatican secretary of state, Cardinal Pietro Parolin, stressed the importance of maintaining the "clear" identity of the Ukrainian Catholic community and expressed sympathy for Ukraine as a whole.

"I express feelings of solidarity to the Ukrainian people in this time of intense tribulation caused by the war that has been ongoing for over five years," he said.

It was the second time a high-ranking Vatican official has used the word "war" to describe the conflict that followed the 2014 invasion of Crimea by Russian troops. Francis first used the term during a meeting of the representatives of the Ukrainian Catholic Church with the Roman Curia in July.

Despite casualties amounting to at least 13,000 combatants and civilians, according to the United Nations, Russia denies any responsibility for the conflict and refuses to be a party to negotiations to resolve it.

When the Ukrainian Orthodox Church officially declared independence from the Russian church in January, its decision was met favorably by the Catholic community in Ukraine, which still carries the scars of Soviet persecution and genocide.

The theme of the synod, "Communion in life and witness of the Greek Catholic Church in Ukraine," which includes a session on Christianity in Kyiv, is also aimed at bolstering the distinct identity of Ukrainian Catholics. (Kyiv was formerly known as Kiev.)

On arriving in Rome on Sunday, the attendees celebrated the 50th anniversary of the consecration of Santa Sofia, a basilica dedicated to the Ukrainian community in Rome. The gathering also marks the 90th anniversary of the first meeting of Greek Catholic Ukrainians in Rome, another testament to the connection between Rome and Kyiv.

"Every bishop and representative of our local communities has made his journey to Rome carrying with him the sufferings and hopes of the people of God entrusted to our pastoral care," said the leader of the Ukrainian Catholic Church, Major Archbishop Sviatoslav Shevchuk of Kyiv-Halych, during the meeting of the synod with Francis before the pope left on his trip to Africa.

Francis seemed careful, however, to keep the Ukrainians focused on spiritual leadership. He cautioned the Ukrainian bishops against the belief that "a synodal journey or having an attitude of ‘synodality’ means investigating opinions — what does this one and that one think — and then having a meeting to make an agreement."

"No! The synod is not a parliament!" the pope said.

He urged the bishops to conduct the synod together with the Holy Spirit, urging them to confirm the identity of the church through evangelization, "even if it means fighting among yourselves," he added.

Speaking to Vatican News on Tuesday, Parolin encouraged the Ukrainian bishops to look for ways to address the many challenges facing their community and to search for "ways and paths to announce the gospel in an increasingly effective way in our world."