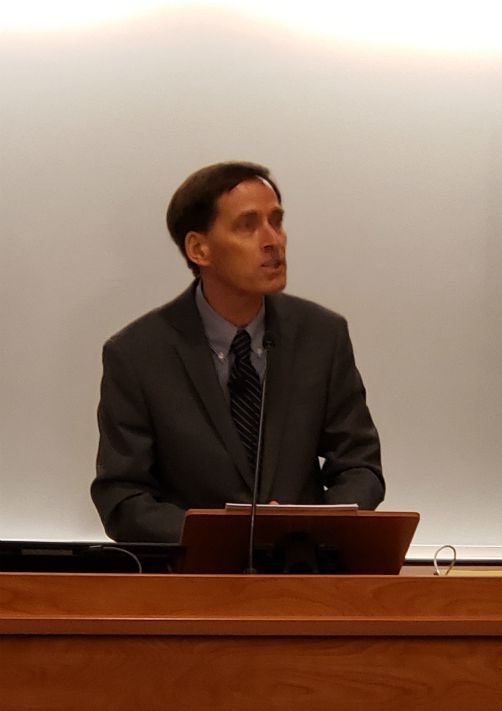 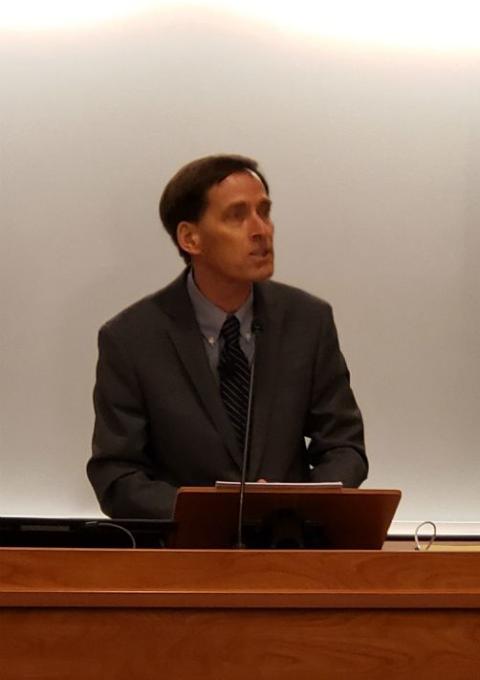 Comparing church leaders to big banks and big pharma, Fr. Richard Lennan, a theology professor at Boston College, said that bishops showed little commitment to tackle the clerical sex abuse crisis and cared only for their own survival. The sex abuse crisis, he said, epitomizes the harm that accompanies both "communal forgetfulness and sinful disregard of self-criticism and the need for conversion."

Lennan spoke at Villanova University in Pennsylvania Nov 1; titled "Seeking the Right Side of History: Theology and the Sex Abuse Crisis," the lecture was part of a series examining the abuse crisis in the Catholic Church. The series is part of the university's efforts to bring together leading theologians and experts on the Catholic Church from across the world, in a bid to encourage dialogue and expand awareness on the sexual abuse crisis.

By contrast, Lennan said that the document released after the recently-held synod for the Amazon gives priority to "ecclesial conversion" and employs a nuanced approach to it. "The document presents conversion as extending beyond a single action, or a discrete moment in time," he said.

Lennan said that since the church in history will never be a flawless and unfailingly consistent symbol of grace, there is need for regular conversion.

"The breadth and depth of the damage that the church's consecrated ministers have perpetrated against vulnerable children and adults establishes the present crisis as an unimpeachable witness to the imperative of the church's need for conversion," he said.

According to Lennan, the Holy Spirit orients and re-orients the Christian community to the right side of history. "Only a church aligned in the spirit can fulfill Pope Francis' vision for a community whose members form a field hospital for the world's wounded. Conversely, the members of the church resistant to conversion will see themselves, as Francis describes, as arbiters of grace rather than its facilitators — as people entitled to act in the world, as though their pilgrimage were both complete and radiantly elegant."

The theologian said that the sex abuse crisis is the product not only of crimes, but of defective practices of authority in the church: "practices that sought to suppress knowledge of the abuse, while denying justice to survivors and evading accountability to the law." He said that as part of civil society, all agencies of the church are answerable to the law.

It was the bishops' inaction and failure to address clerical sex abuse, according to Lennan, that led to the need for agencies beyond the church to bring change. "Anger at the repeated failures and at times demonstrated duplicity of so many bishops has generated understandably a sense that there are no viable alternatives to outside groups, that only judicial or legislative authorities can bring about change in the church. This conviction is a clear measure of the loss of trust in the churches authorities."

By not being transparent and accountable, the bishops lost the trust of the faithful. "Bishops stand now alongside the big banks, big pharma, and many other big exploiters, that are exhibits in a gallery of shamed institutions exposed as having no commitment except to their own survival — survival interpreted without regard to society at large."

"A renewal of trust in the churches' bishops, may seem at present, to be an unlikely prospect."

For the church to regain trust would require for the bishops to demonstrate that they are not disregarding the dignity and rights of the vulnerable. And that they are willing to learn from the mistakes that allowed for clerical sexual abuse and its cover-up. "What I would propose is that all learning must begin with listening," said Lennan.

"A church always on the defensive, which loses her humility and stops listening to others, which leaves no room for questions, loses her youth and turns into a museum." Lennan said that a church that becomes a museum moves beyond the need for listening, self-criticism and conversion. While a "museum" might offer a record of what God once did, it cannot engage with what the spirit is doing or will continue to do.

"The voice of survivors becomes therefore, not merely a summons to the compassion of the ecclesial community, but to its conversion."

For conversation to happen in the Catholic Church, said Lennan, it's important to be attentive to the voices of the "invisible" or those whom Pope Francis refers to often as the "fringes" that members the church tend to avoid.

"Authentic listening requires that action for reform — the movement that is a necessary part of listening to the spirit follows from such encounters."