Naming Jesuit Fr. Pierre Teilhard de Chardin a doctor of the church — or at least removing the "warning" from his writings — would give the Jesuit scientist and philosopher more legitimacy in the church, his supporters say. And two separate petitions to the Vatican aim to do just that.

At a meeting of scientists and church leaders from around the world in November, members of the Pontifical Council for Culture unanimously approved a petition asking Pope Francis to waive the "monitum" against Teilhard de Chardin's writings that has been in effect since 1962.

Teilhard's work was only published after his death in 1955, because of disciplinary measures from the Congregation for the Doctrine of the Faith (formerly the Holy Office) during his life. The popularity of his books Human Phenomenon and The Divine Milieu led to the monitum, or warning, in 1962 for "ambiguities and indeed even serious errors."

However, scholars from the Pontifical Council for Culture said this past fall that while some of his writings may be open to constructive criticism, his "seminal thoughts" and "prophetic vision" have been "inspiring theologians and scientists," America magazine reported.

They also noted that four popes — Paul VI, John Paul II, Benedict XVI and now Francis — had made explicit references to his work, including a mention in a footnote in Francis' encyclical "Laudato Si', on Care for Our Common Home." 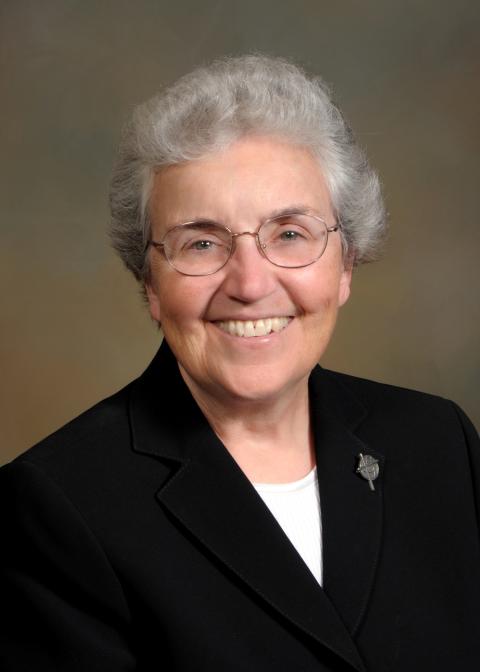 Meanwhile, a Sister of St. Joseph in Philadelphia has been gathering signatures — more than 1,200 so far — for a petition asking Teilhard to be named a doctor of the church.

"I think he deserves it," said Sr. Kathleen Duffy, professor of physics at Chestnut Hill College in Philadelphia and director of its Institute for Religion and Science.

Editor's Note: Learn more about the petition to make Teilhard a doctor of the church.

The designation "doctor of the church" honors individuals, usually theologians or scholars, whose teaching or thought has greatly benefited the church. The title has been bestowed on 36 people so far.

Duffy believes Teilhard's attempts to bring together theology and science have a particular relevance for the church and the world today and that his ideas about "evolutionary Christianity" can provide hope in what many see as a chaotic time.

"There is a scientific theory of chaos that says you can't have any new creation without disequilibrium," said Duffy. "But we can't just sit back and say, 'God will take care of it.' There has to be some motivation on our part."

Teilhard, who read the Christian Scriptures through the lens of the evolutionary story, took the process of how the universe came about ("cosmogenesis") and projected it into the future, where increasing complexity would call for increasing unity ("Christogenesis"), Duffy explained.

"He had the big picture and could see eons ahead where everything was converging," she said, adding that this convergence would require people to come together with an increased love of God and neighbor. "So even when we're discouraged, Teilhard de Chardin can give us hope in chaos."

His ideas have been popularized by those who embrace the "universe story," such as writer Thomas Berry, and by those working to save the environment. Perhaps his most famous quote — found in more than a few memes — is from his 1936 essay, "The Evolution of Chastity" in Toward the Future:

Someday, after mastering the winds, the waves, the tides and gravity, we shall harness for God the energies of love, and then, for a second time in the history of the world, man will have discovered fire.

But too often, Duffy said, partial readings of Teilhard misinterpret his complex ideas, which were grounded in his mystical experiences and reflect the paschal mystery. "People see his zest for life, but you don't get there without going through suffering," she said. "And Teilhard suffered greatly, including from depression. On the other hand, he said he was always in the presence of God."

She explored his mysticism in her first book about Teilhard and is working on a second book about his ideas about suffering. She also is editor of Teilhard Studies, a monograph series produced by the American Teilhard Association.

Teilhard has been inspiring Duffy ever since a priest professor told the young nun that her questions sounded a lot like the French philosopher's. When she eventually read his writings, she was "blown away," she said.

"I was struggling with who God is, and after studying physics, I couldn't put it all together," she recalled. Teilhard de Chardin helped her to do that, but he can also "change your whole idea about who God is," she said. 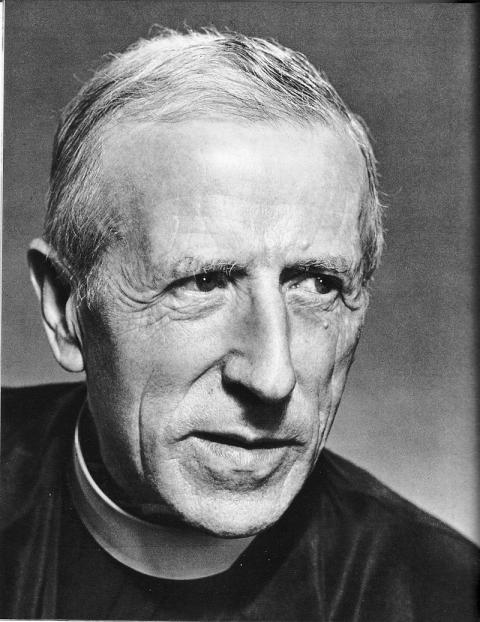 She is just one of many Catholic women religious who have been inspired by Teilhard, which has caused trouble in the past. Barbara Marx Hubbard, a non-Catholic supporter of "conscious evolution," spoke at the 2012 meeting of the Leadership Conference of Women Religious, which was under Vatican discipline at the time. The talk drew a harsh rebuke from Cardinal Gerhard Müller, then prefect of the Congregation of the Doctrine of the Faith.

Müller, who was replaced as head of the congregation in 2017, compared conscious evolution to Gnosticism, saying it "does not offer anything which will nourish religious life."

Despite oversimplified criticisms of Teilhard as "New Age," Duffy hopes the current pope — who, like Teilhard, is a Jesuit and a scientist — may help rehabilitate the philosopher's image.

Teilhard's message could be a balm to the apathy that has afflicted so many Americans, Duffy said. "We need to work together. Even in chaos, we can contribute to progressing. That's very hopeful."