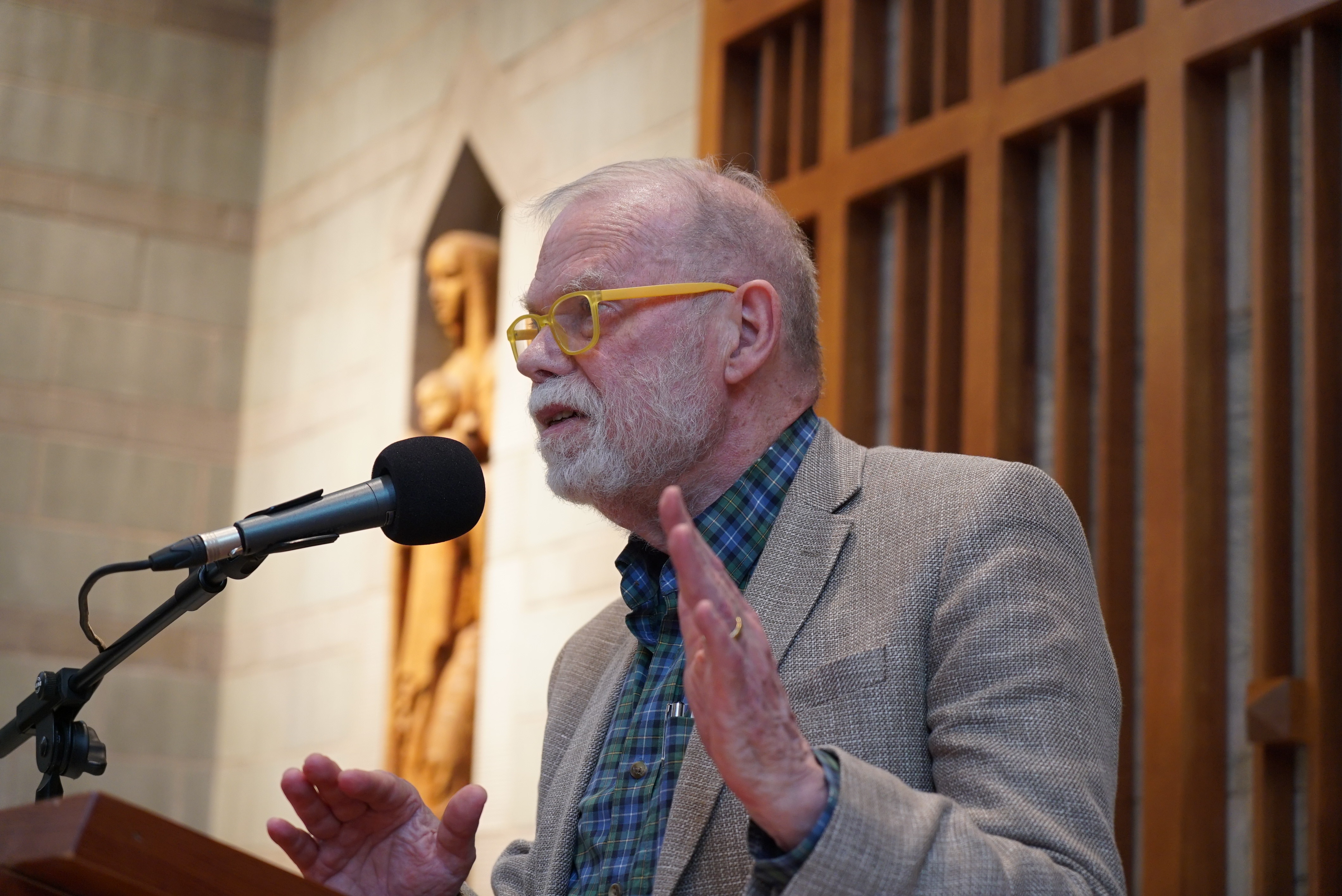 Over 100 veterans and newcomers to the peace movement gathered April 28 in Toronto for a daylong conference covered in prayer, music, poetry, readings and speakers. "Voices For Peace" began with a film about the International Indigenous Youth Council at Standing Rock and then offered a deep-dive into the Christian tradition of non-violence, resistance and peacemaking.

The conference was sponsored by Toronto's Church of the Redeemer, The Henri Nouwen Society, Citizens for Public Justice and The Basilian Center for Peace and Justice.

"What brought us here today?" Forest asked in his opening lecture, "In my own case, I've been thinking about war and peace since I was 8 or 9 years old. I'm now 76. How surprising it is to have reached such an age. In my twenties, I thought it very unlikely that I'd live to be 30."

The audience laughed until Forest interrupted.

"Anticipated cause of death: nuclear war," he said. "By the skin of our teeth we have lived with nuclear weapons without their being used in war since 1945 — 73 years."

Forest is best known by way of his friends: Thomas Merton, Dorothy Day, Dan Berrigan, Thich Nhat Hanh, Henri Nouwen and many more. He told participants that he went to the university of Dorothy Day and recounted numerous stories and times with all of these well-known friends who have been so central to his peacemaking work. He is the former editor of the Catholic Worker, co-founder of the Catholic Peace Fellowship and the author of more than 10 books.

"The differences among these remarkable persons remind us that each peacemaker is unique," Forest said. "Each makes a transformative use of his or her temperament, talents, vocation, background and circumstances. Expand the circle of models wider and, instance by instance, our understanding of peacemaking expands with it. Who is a peacemaker? Anyone who is acting peaceably to protect life and the environment." 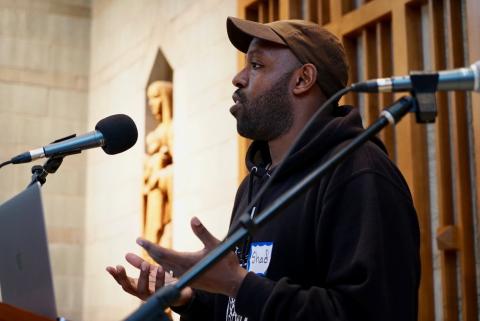 Kenyan-born Shad K reminded the audience that he is first and foremost an artist, not a speaker. He explained that the depth of connectivity between art and peacemaking is precisely what allows us to create rather than destroy, and that the epitome of creating is not only an allegiance to oneself but to our fellow human as well.

"Church at its best is like art school to me," he said. "Because we steep ourselves in story."

Shad K said that as we practice this work of the imagination together, we can come closer to bringing peace into reality. When it comes to peace, "We can only apprehend it through imagination and then bring it into reality," he said. "It can be playful but also takes a lot of contemplation."

Then he shared verses from his song "Remember to Remember" in a cappella:

…We only feel better

Clever men and our violence

Silence is when we shoot from the lip

Too quiet, then we talk non-violence

And stay silent when it suits

Really, it's all violence at the root

… But the truth is the

Who is a peacemaker? Where are the peacemakers? These are the questions that the first "Voices for Peace" used to reach in and pull out the peacemaker within each of us. Disarming ourselves is not just a nice thought, but it is also one of the first steps on the way to peace.

The following morning, a seemingly unwearied Forest sauntered up to the podium at The Church of the Reedemer. "Jesus told us 'blessed are the peacemakers,'" he said. "Peace. Makers."

[Cassidy Hall is an author (Notes on Silence), filmmaker (In Pursuit of Silence), podcaster (Encountering Silence), photographer, and holds a Masters degree in Counseling. Her writing has been published in The Convivium Journal, The Merton Seasonal: A Quarterly Review, The Huffington Post, and Patheos. You can find out more about her at cassidyhall.com.]