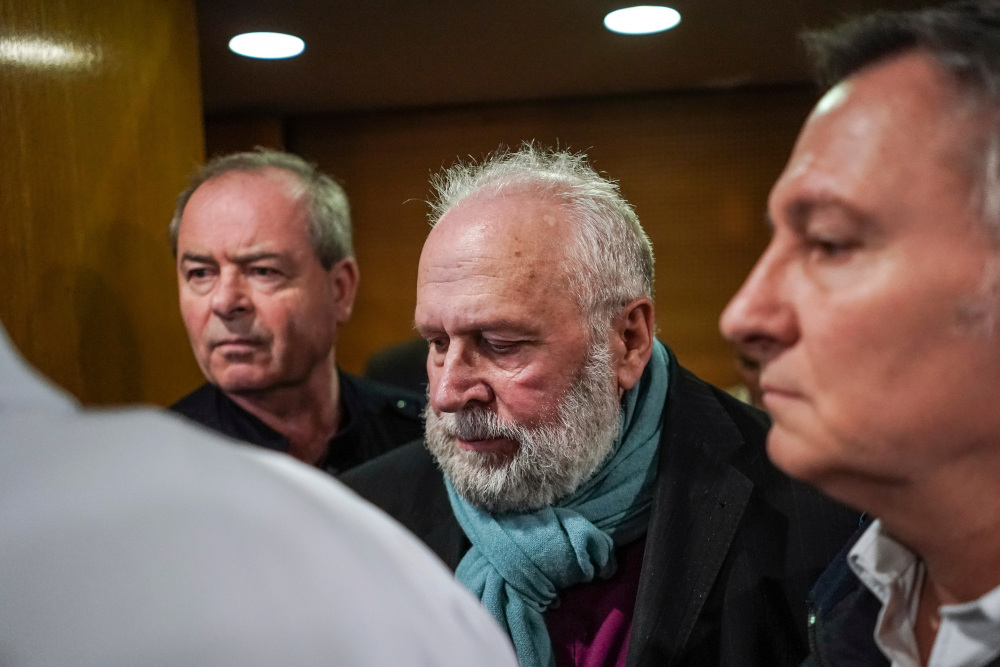 Former French priest Bernard Preynat arrives at the Lyon court house, central France, Monday Jan.13, 2020. Preynat, is accused of sexually abusing some 75 Boy Scouts went on trial Monday, but the proceedings were delayed until Tuesday because of a strike by lawyers. Preynat admitted in the 1990s to abusing boys, but was only removed from the priesthood last year. (AP/Laurent Cipriani)

A former French priest accused of sexually abusing around 75 Boy Scouts went on trial Monday, but the proceedings were delayed for at least a day because of a strike by lawyers.

The case is France’s worst clergy abuse drama to reach court so far, and its repercussions reached all the way to the Vatican.

“I have heard the suffering of these people, which I'm guilty of causing. I hope that this trial can unfold as quickly as possible,” Bernard Preynat told the court after the judge announced the trial would be delayed until Tuesday.

Preynat admitted in the 1990s to abusing boys, but was only removed from the priesthood last year. The church defrocked him in July, after French Cardinal Philippe Barbarin was convicted of covering up for Preynat’s actions.

Several other church officials were also accused of failing to alert police or prosecutors of his actions, including a senior Vatican official, Cardinal Luis Ladaria. The Vatican shielded Ladaria from trial, invoking his immunity as an official of a sovereign state.

Preynat, now 74, appeared in court Monday in Lyon on charges of sexual assault of 10 minors between 1986 and 1991. He faces up to 10 years in prison if convicted. He’s also accused of abusing dozens of others in the 1970s and 1980s, but those alleged incidents happened too long ago to prosecute.

The judge delayed the hearing because of a strike by lawyers angry over President Emmanuel Macron's planned overhaul of the French pension system.

Several of the victims' lawyers appeared in court despite the strike, and seemed confident that the trial would resume quickly. The French government is meeting legal sector representatives Monday for negotiations on the pension reform.

Preynat's trial comes amid new tensions in the Vatican, as retired Pope Benedict XVI insists in a new book on the “necessity" of priestly celibacy just as Pope Francis is weighing whether to ordain married men to address the Catholic priest shortage.

(Angela Charlton in Paris contributed to this report.)