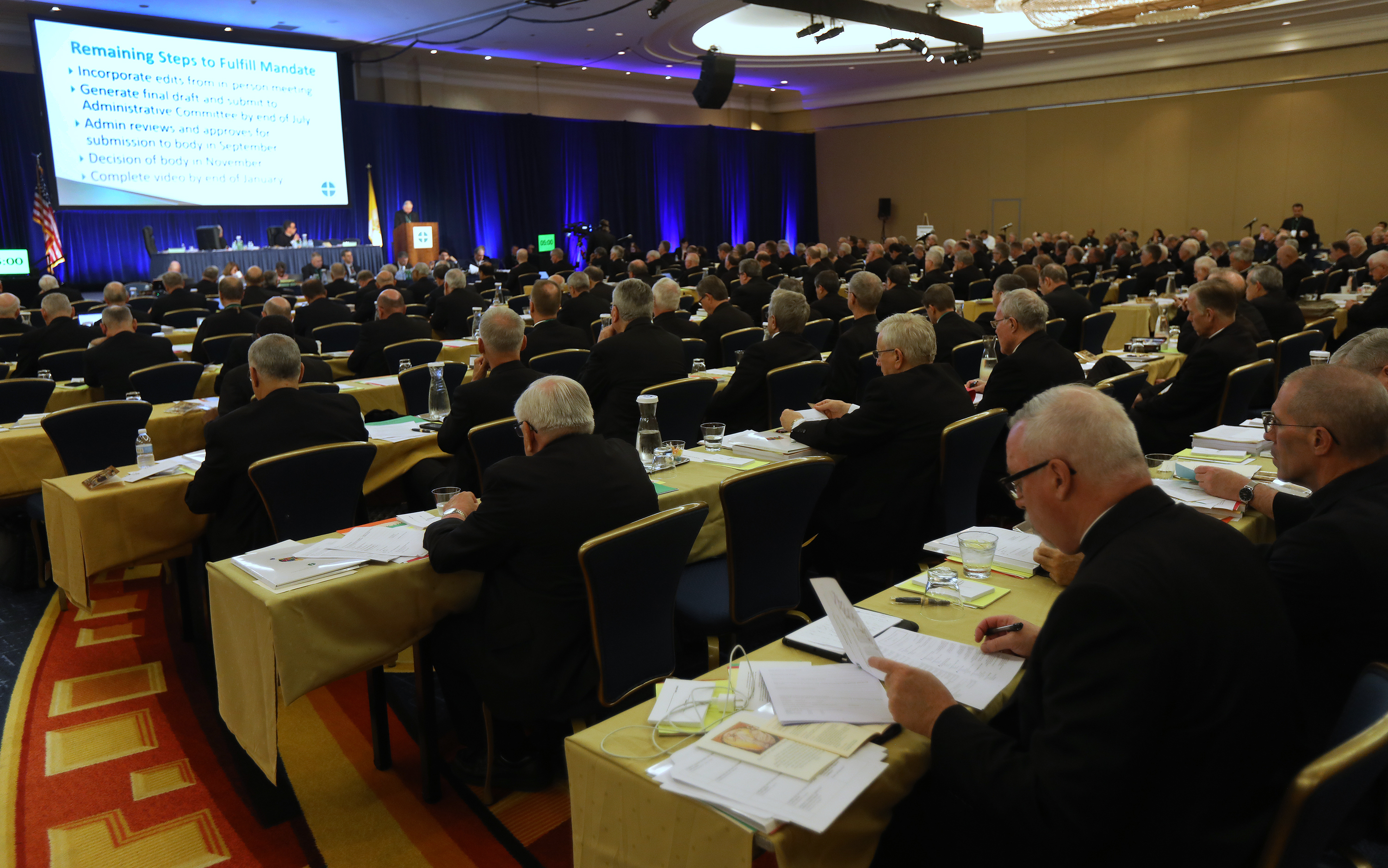 A photo of the first day of the spring general assembly of the U.S. Conference of Catholic Bishops in Baltimore June 11, 2019. (CNS photo/Bob Roller)

Pope Francis will have a rare opportunity to revamp the leadership of a large segment of the U.S. Catholic Church in the coming year, as a high number of bishops in dioceses across the country are reaching the traditional retirement age of 75.

In fact, nine residential American bishops are already 75 or older. Five more will turn that age by the end of June 2020. Although prelates can serve past retirement age at the pope's pleasure, it is expected that many of the 14 will be replaced.

And beyond those 14, eight other U.S dioceses are already operating without a bishop after retirements and transferals of their former prelates to other areas.

Church historians say the unusual circumstance of such a grouping of openings gives Francis a unique chance to make a long-lasting mark in a relatively short period of time on the direction of the U.S. church, especially as the bishops' conference continues to deal with the continuing crisis of clergy sexual abuse.

"This large clumping of ordinaries turning 75 over the last several years and now coming up allows Francis — like all popes — to try to create bishops and leadership in his own image," said Christopher Bellitto, who has written extensively on the history of the papacy.

"It's as crucial a time for church leadership since the 16th century," said Bellitto, referring to the Council of Trent, which tried to respond to the causes of the Protestant Reformation by stemming corruption among bishops.

"That was a time for rebirth and we certainly need that now," said Bellitto, a professor at Kean University in New Jersey. "It's happened before and Francis will try to make it happen again."

Massimo Faggioli, a professor at Villanova University, said the pope has an opportunity to "reorient the U.S. bishops' conference."

But Faggioli, who has focused his research on the church in the decades since the Second Vatican Council, said Francis considers bishop appointments in a different way from his predecessors John Paul II and Benedict XVI, who were known for wanting to appoint prelates who would be deferential to Rome.

"For Francis, bishops are much less 'representatives of Rome' and more pastors of their local church," said Faggioli. "In this sense it is not true that Francis is making bishops that reflect his priorities in the same way John Paul and Benedict made bishops according to the priorities of their pontificates."

Of the U.S. prelates who have reached the retirement age, the oldest is Beaumont, Texas, Bishop Curtis Guillory, who turns 76 on Sept. 1. Eight others are currently 75:

O'Malley, who is also the only American to serve on the Council of Cardinals, is not expected to be replaced. In a July 12 blog post, the cardinal said he had presented his letter of resignation to Francis, who asked him to "stay on for a few more years."

Of the five prelates turning 75 in the next year, the first (and likely most prominent) is Philadelphia Archbishop Charles Chaput, who turns 75 on Sept. 26. The other four are:

Although the U.S. bishops had taken pains in previous decades to keep disagreements amongst themselves out of the public eye, divisions in recent years have been much more apparent, especially at their plenary meetings. 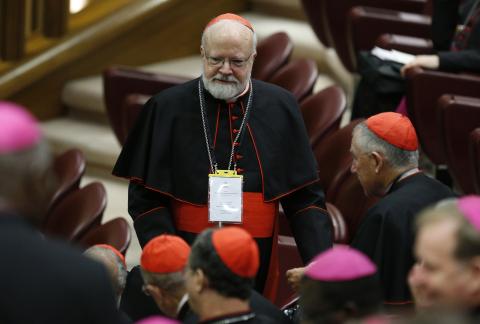 This has been particularly true in their elections for the chairs of their various committees, where John Paul or Benedict appointees have won posts with tight margins over Francis appointees.

At their November 2017 plenary, for example, the prelates picked Kansas City, Kansas, Archbishop Joseph Naumann to lead their pro-life efforts over Chicago Cardinal Blase Cupich in a 96-82 vote. At their November 2015 plenary, the prelates picked Venice, Florida, Bishop Frank Dewane to lead their Committee on Domestic Justice and Human Development over San Diego Bishop Robert McElroy in a 128-111 vote.

Using the acronym referring to the bishops' conference, Faggioli called it "a USCCB divided."

Beyond the U.S., Francis is also likely to have an opportunity to reshape the membership of the international College of Cardinals by the end of 2020. Six of the 120 cardinals currently eligible to vote in a possible conclave are set to turn 80, the age at which they lose that right.

Francis has held five consistories for the creation of new cardinals since his election as pontiff in March 2013.

One possible upcoming occasion for a consistory could be November's feast of Christ the King. Francis has previously held one consistory, in 2016, near that feast day. Another possibility might be during the Oct. 6-27 special Synod of Bishops for the Amazon region, when hundreds of global prelates are already expected to travel to Rome.

A third protentional time for a consistory could be February 2020 when a seventh cardinal, Maronite Patriarch Bechara Boutros al-Rahi, will turn 80.

Bellitto said the number of cardinals reaching age 80 indicate Francis "has got to name a new batch before the year is out."

"As with bishops, he'll try to remake the college of cardinals in his own image," said the historian. "As in the past, look for the names and places we don't normally hear about."

A version of this story appeared in the Aug 9-22, 2019 print issue under the headline: With upcoming retirements, Francis could 'reorient' US bishops' conference.