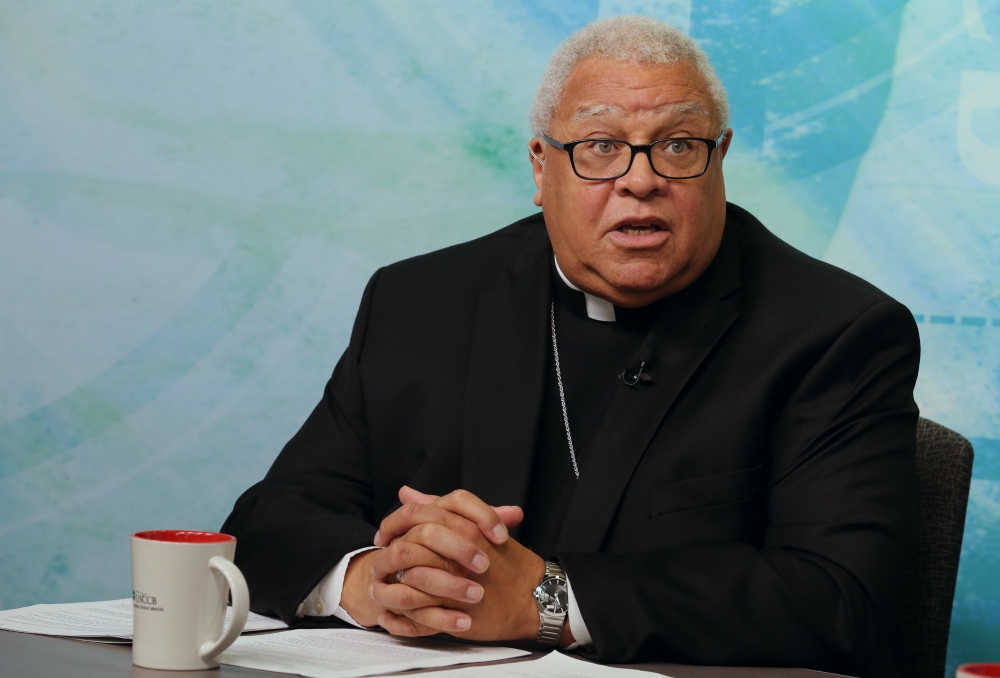 Noting that an ad hoc committee is "the highest structural response possible" from the U.S. bishops, Bishop George Murry of Youngstown, Ohio, announced today that he will lead such a committee against racism, citing the need for "a concerted effort at this moment."

"The times demand it. Our Gospel demands it," said Murry, who will chair the U.S. Conference of Catholic Bishops' Ad Hoc Committee Against Racism. "Recent events reveal yet another reminder of what can be traced back to the original sin of the United States: racism."

The new committee was announced Aug. 23 by bishops' conference president Cardinal Daniel DiNardo of Galveston-Houston. Its members and mandate will be confirmed shortly, according to a press statement.

A national summit of religious leaders will be among the committee's first goals, Murry said in a livestreamed press briefing. But he called upon all people of goodwill to join the group's efforts to address the "need for our national and personal healing and conversation" around what he called "the evil of racism."

"This is not a task for a small and select group," he said, requesting that "people of faith pray for this effort and ... all people of goodwill join us."

"Solidarity must be accompanied by action, especially now," said Murry, who also chairs the bishops' Committee on Catholic Education and serves on its Committee on International Justice and Peace.

Detroit Archbishop Allen Vigneron expressed strong support for the new committee, urging the church to "work toward bringing the light of the Gospel to dispel this scourge from our society."

Vigneron has previously acknowledged and asked for forgiveness for institutional racism perpetrated in and by the Detroit Archdiocese. "Beyond southeast Michigan, recent events have demonstrated that the sin of racism still persists in our nation," his statement said. 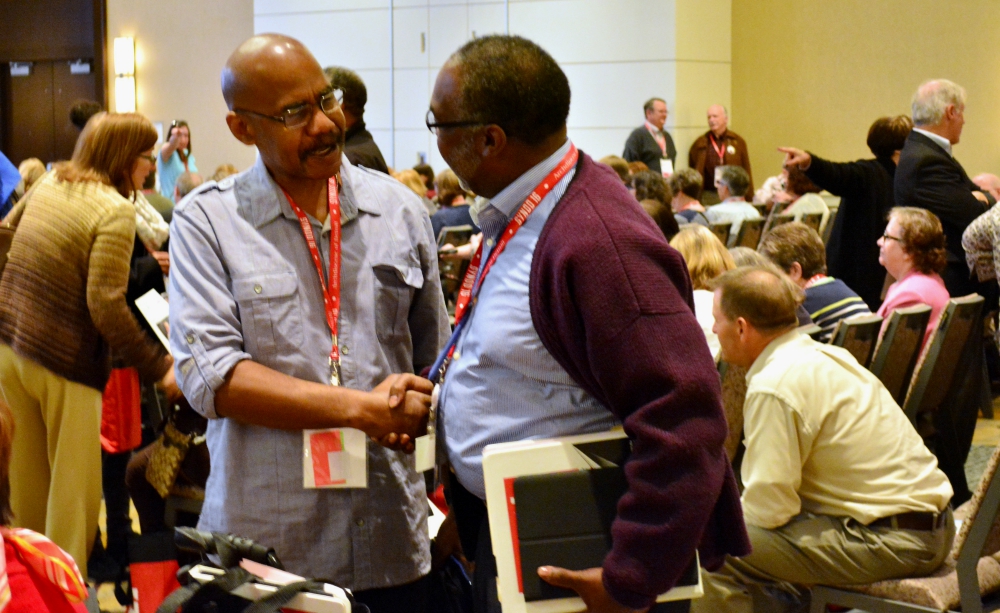 Synod members greet one another during the opening session of the Detroit Archdiocese's synod in November 2016. (CNS/The Michigan Catholic/Mike Stechschulte)

The terminology of "sin" has been repeated by many bishops and other church leaders in the wake of the violence that erupted during white nationalist protests in Charlottesville, Virginia. Cardinal Blase Cupich, writing in Chicago's archdiocesan newspaper, referred to racism as "our country's original sin."

To address the sin of racism, Catholics must remember that all are made in God's image, Cupich said. "Believing that has consequences," he wrote. "It means know that together we all form one human family. And that we owe each other what all members of the same family deserve: love."

The two most recent ad hoc committees established by the bishops' conference focused on religious liberty, in 2011, and the defense of marriage, in 2008. The latter was later transitioned into a permanent subcommittee of the Committee on Laity, Marriage, Family Life and Youth, while the former was elevated to full committee status by the bishops in June.

When the then-Ad Hoc Committee on Religious Liberty was created in 2011, it included the addition of two full-time staff, a lawyer and lobbyist. No such staff additions have yet been announced for the racism committee.

Murry also mentioned the bishops' Special Task Force to Promote Peace in Our Communities, which was formed in 2016 in response to racially related shootings around the country. It was disbanded in 2017 after the task force released its final report, which recommended prayer, local dialogues, parish- and diocesan-level conversation and training, among other responses.

Although that special task force concluded its work before the "current fever pitch" of the recent events of Charlottesville, Murry hoped the new racism committee would pick up where the task force left off.

"We want to implement some of those recommendations. The problem isn't that we haven't talked about the issues. The problem is that we need ... a thorough and sustained effort," he said.

"Racism has continued to haunt American society for far too long," Murry said, underscoring the seriousness of the issue by emphasizing that racism is "contrary to the Gospel of Jesus Christ."

"The main responsibility of the church is to communicate the message of Jesus Christ," he said. "Here we have a social problem, racism, that needs to be enlightened by the Gospel. That is what the committee will try to do."

The committee's work will not be easy or accomplished quickly, he added. "But we are taking our first steps today."