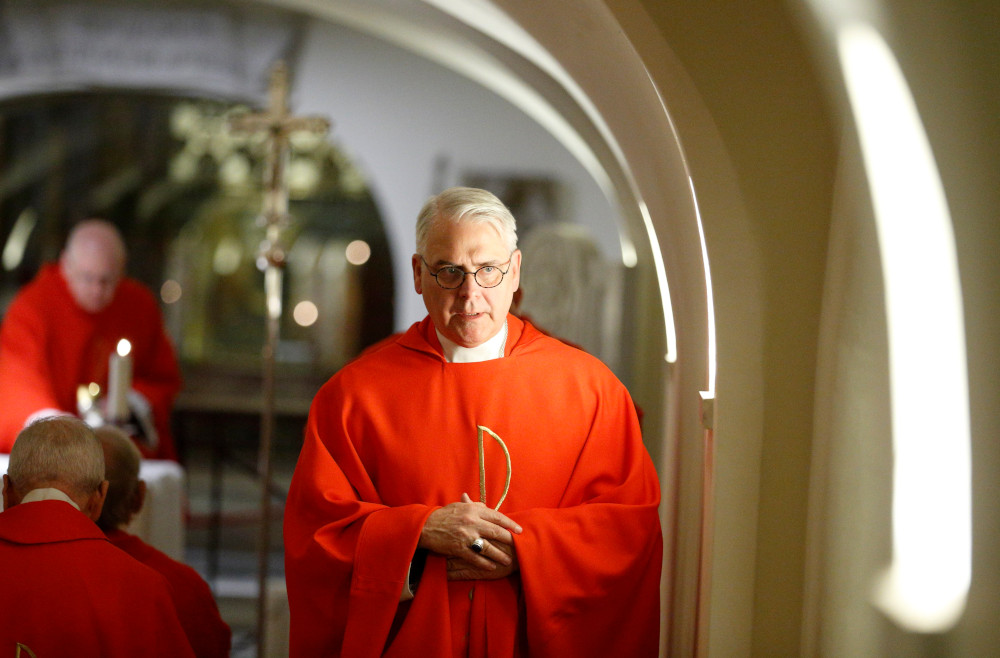 Archbishop Paul S. Coakley of Oklahoma City, chairman of the U.S. bishops' domestic policy committee, returns to his seat after receiving Communion Jan. 20, 2020, as bishops from Arkansas, Oklahoma and Texas concelebrated Mass in the crypt of St. Peter's Basilica during their "ad limina" visits to the Vatican. (CNS/Paul Haring)

In response to the upcoming federal execution of Orlando Hall Nov. 19, and two more federal executions scheduled to take place in December, two U.S. bishops' committee chairmen called on the government to end this practice.

"We ask President [Donald] Trump and Attorney General [William] Barr, as an act of witness to the dignity of all human life: stop these executions," said the Nov. 18 statement from Archbishop Paul S. Coakley of Oklahoma City, chairman of U.S. Conference of Catholic Bishops' Committee on Domestic Justice and Human Development, and Archbishop Joseph F. Naumann of Kansas City, Kansas, chairman of the USCCB Committee on Pro-Life Activities.

"Sadly, we must call on the administration yet again to stop an execution," the archbishops said, noting the country is "now on pace for 10 federal executions in 2020, more than double the previous record of four in 1938."

The archbishops' statement said the death penalty is "not necessary to protect society. It is not necessary to hold people accountable for grave crimes. The decision not to execute someone, even someone who has done something terrible, is not 'soft on crime'; rather, it is strong on the dignity of life."

They also quoted "Fratelli Tutti," the recent encyclical by Pope Francis, which says: "The firm rejection of the death penalty shows to what extent it is possible to recognize the inalienable dignity of every human being and accept that he or she has a place in the universe."

On Sept. 22, the two archbishops issued a similar statement, urging Trump and Barr to stop an execution that day and one two days later.

On Nov. 18, a federal appeals court refused to delay the scheduled executions of Hall and Brandon Bernard, who is scheduled to be executed Dec. 10.

The two men were part of a group of 13 inmates appealing that the drug used by the federal government in executions causes "excruciating pain and suffering before dying" when not paired with a separate pain-relieving drug. Their attorneys told the U.S. Court of Appeals for the D.C. Circuit that this execution method was in violation of the Eighth Amendment prohibition against cruel and unusual punishment.

Although the three-judge panel allowed the upcoming executions to go forward, it said the lower court was wrong to throw out the inmates' challenge to the execution drug used by the federal government and would allow litigation against this method to continue. 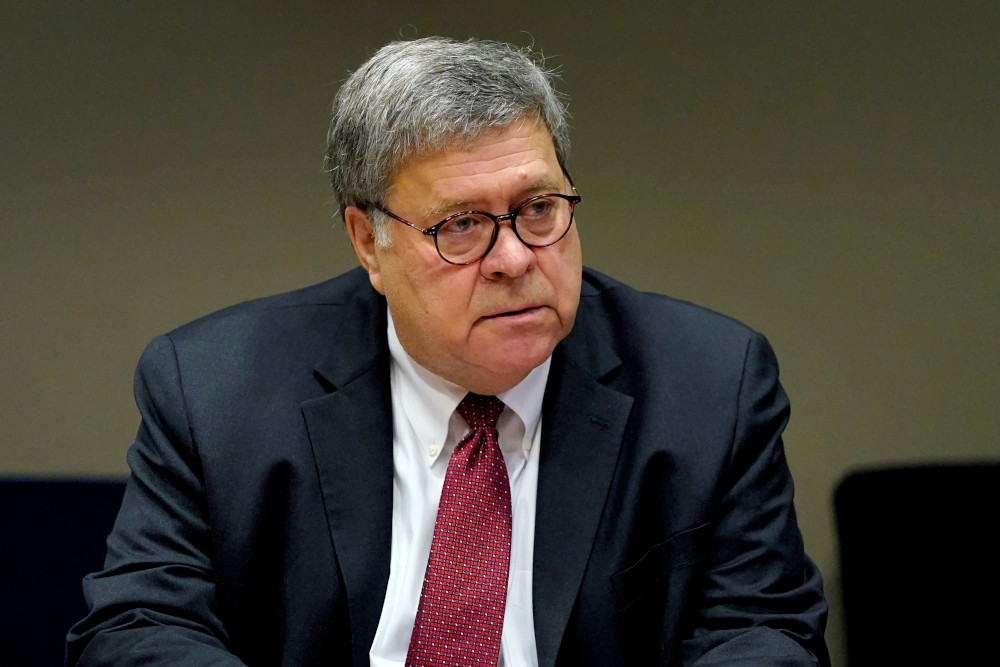 After the ruling, lawyers for Hall and Bernard appealed to the Supreme Court to delay their executions and examine how the government can use a lethal injection method that the appeals court found "unlawful."

Sr. Helen Prejean, a Sister of St. Joseph of Medaille and longtime anti-death penalty activist, has spoken against Hall's execution on Twitter, describing him as a Black man who was "convicted and sentenced to death by an all-white jury after prosecutors enlisted a lawyer with a known track record of excluding Black citizens from juries."

Hall, who is 49, was convicted of kidnapping and killing a Texas teenager in 1994.

Prejean tweeted Nov. 18 the Department of Justice is "trying to rush through as many federal executions as possible during the 'lame-duck' period between now and January 20, 2021," saying that lawyers with the Justice Department "have informed federal judges that more execution dates will be announced soon."

"This shameful killing spree must end," she added.

Lisa Montgomery, 52, is scheduled for execution Dec. 8. In 2007, she was convicted of strangling a Missouri woman who was eight months pregnant and taking her unborn baby, who survived. Montgomery is the first woman to face the federal death penalty in decades. She has asked for a delay in her execution because her attorneys have COVID-19.

Prejean has said the "system failed Lisa Montgomery. The ultimate failure would be to execute this woman who is severely mentally ill and suffered through decades of torture at the hands of those who were supposed to love and protect her."

Bernard, 40, was convicted for the 1999 kidnapping and killing of a husband and wife in Texas when he was 18. Prejean has similarly spoken out for him, saying he is "unjustly on federal death row."

Catholic Mobilizing Network is hosting virtual prayer vigils each day of these upcoming executions. Participants can join by signing up at this link.