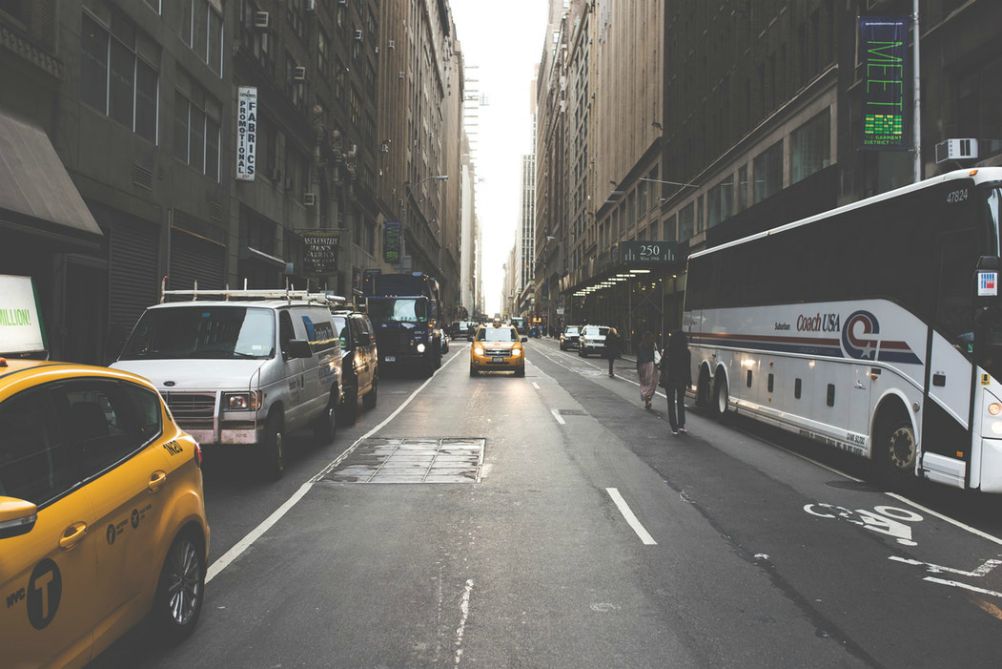 Rev. David Beckmann, president of Bread for the World, singled out the report's call for infrastructure improvements — including better public transit to link areas of concentrated poverty to job centers. (Unsplash/Jon Flobrant)

A national investment in widespread infrastructure improvement would create jobs, raise wages and help create a more inclusive economy, which is key to eradicating hunger and poverty in the United States, a new policy recommendation by a Christian anti-hunger lobby says.

"The Jobs Challenge: Working to End Hunger by 2030" includes a host of policy prescriptions, ranging from infrastructure improvements to immigration reform to increasing the minimum wage. The latter would have an "accordion effect" on anyone working a low-wage job, said one of the experts who worked on the report.

The Rev. David Beckmann, president of Bread for the World, singled out the report's call for infrastructure improvements — including better public transit to link areas of concentrated poverty to job centers, and broadband internet to connect rural Americans with job opportunities — as steps he believes could be accomplished with bipartisan support from Congress within three years.

"We should prioritize the infrastructure that would help struggling people. This is something to fight for. This you can actually see, this you could win," said Beckmann, who expressed optimism that there is support for those initiatives. "It's not just fighting off deep cuts, but these are ways you could improve the wages of low-wage people."

"Everybody recognizes our infrastructure has to be upgraded, and there's a tremendous opportunity to create jobs," said Todd Post, the report's senior editor. "We have ignored infrastructure for a long time, and there are real economic consequences."

The report, which was signed off on by more than 30 national religious leaders, usually gains wide circulation on Capitol Hill.

"I think there's recognition that the economy is not working for a lot of people in this country," said Post, "both among conservatives and democrats."

The report, issued annually by the Bread for the World Institute, lays out a stark picture of the U.S. since 1980, where "rising inequality, declining economic mobility, and stagnant wages have eroded faith in democratic institutions."

While the top 1 percent of income earners have seen their earnings skyrocket in that time — averaging more than $1 million in 2014, according to the report — wages for most Americans have remained stagnant. 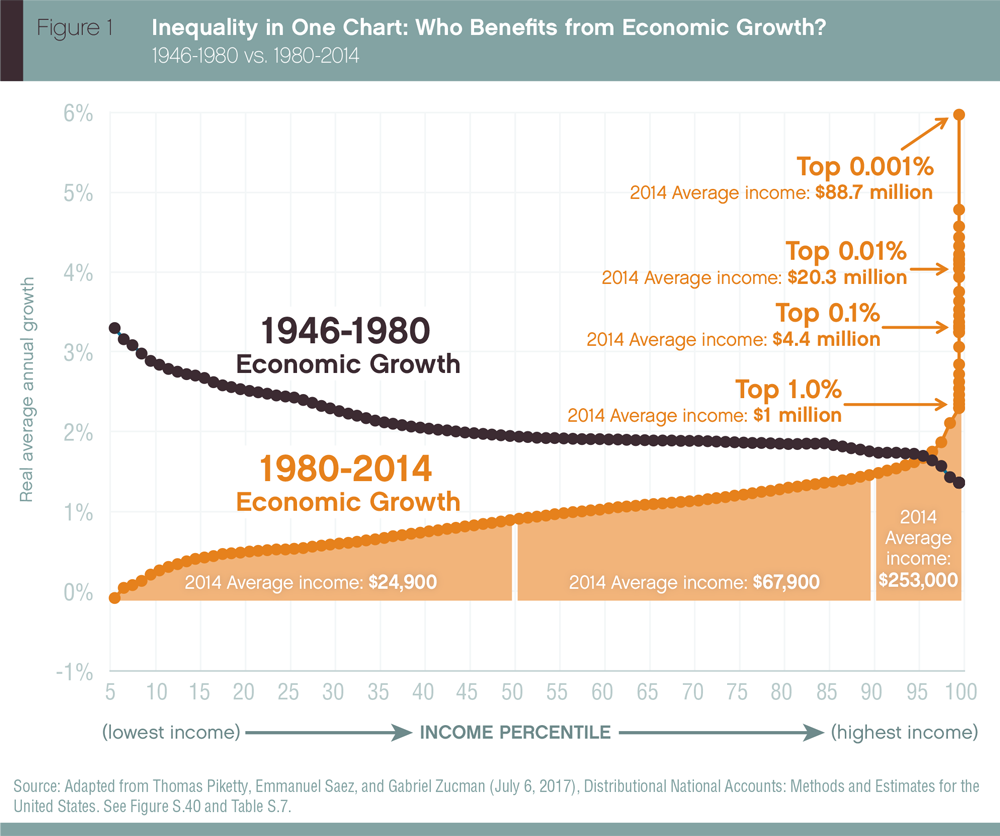 (Courtesy of Bread for the World)

"Since 1980, most gains are going to the rich," said Post. "This was not inevitable. There's nothing natural about it — it's not like continental drift. These are policies that are creating these inequalities."

Average inflation-adjusted incomes are worth less today than they were almost 50 years ago, he said, with those in the bottom half of the income percentile making an average of just $24,900 in 2014.

Trade policies and the 2017 tax cut, which funneled 83 percent of direct benefits to the top 1 percent of the income distribution and gave massive tax cuts to corporations, have contributed to this income inequality.

By contrast, other high-income countries invest a greater share of national income to help displaced workers adapt to changes in the economy, says the report, spending more on health, education and economic security and less on assistance programs.

The report notes that much of the progress made against hunger in the last 50 years has been due to federal programs such as SNAP (Supplemental Nutrition Assistance Program, formerly called food stamps) and the Earned Income Tax Credit, and not because the working poor are better able to afford food.

"If you look at the minimum wage, a minimum-wage worker working full time for a full year would have an income of about $15,000," Post said.

"With the help of food stamps or the Earned Income Tax Credit, if you're a parent, that would boost your income," Post added, "but it won't double your income."

A version of this story appeared in the May 4-17, 2018 print issue under the headline: Bread for the World recommends US infrastructure investment.