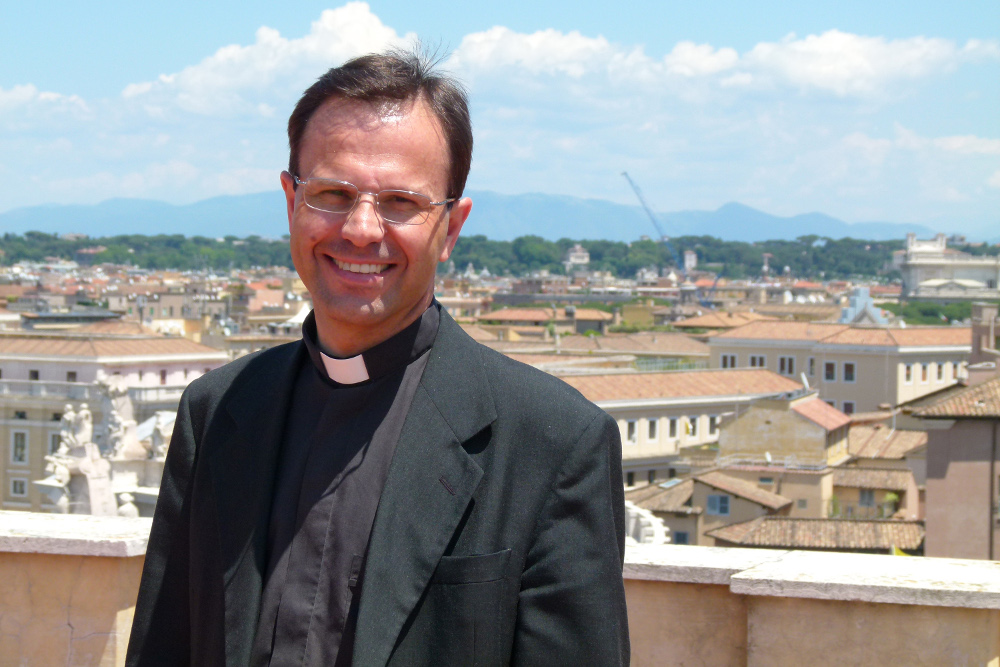 The Vatican's highest court has dropped its investigation into a former Vatican official accused of soliciting a woman for sex in the confessional.

The Supreme Tribunal of the Apostolic Signatura confirmed the acquittal of Fr. Hermann Geissler in a brief release May 17, following a statement from the priest's order that acknowledged the accusation but said a panel of five judges from the tribunal had found "no crime" in the case.

Geissler, who is a member of a religious community known colloquially as "the Work," is an Austrian theologian. He resigned as a department head at the Congregation for the Doctrine of the Faith in January, after NCR and other outlets reported on Doris Wagner's accusation that he had solicited her during confession in 2009.

Geissler has denied the accusation. In its statement announcing his resignation in January, the doctrinal congregation said the priest had made the decision to step down in order to "limit the damage already done" to his employer.

The Apostolic Signatura is the highest judicial authority in the Catholic Church, apart from the pope himself. It has been led since 2014 by French Moroccan Cardinal Dominique Mamberti.

In its release, the court said the panel of five judges evaluating the case had been constructed from among its 19 cardinal and bishop members. It said the panel had issued an acquittal decree May 15 after it could not prove "with due moral certainty … the alleged 'grave delict.' "

Wagner, a former member of Geissler's religious community, provided NCR with copies of her communications with the Signatura over the past several months as the court was pursuing its investigation of the priest.

The correspondence, conducted via postal mail and containing the identifying official stamps of the court, indicates that the Signatura was asked to pursue the case Jan. 10 by Pope Francis, likely to avoid the doctrinal congregation having to investigate one of its own former officials.

Although Wagner was allowed to submit a written testimony detailing her accusations against Geissler and was initially asked to make herself available for a deposition, the materials indicate the Signatura later decided such a deposition would be unnecessary for its process.

Asked why the Signatura had come to a decision without interviewing Wagner, Vatican spokesman Alessandro Gisotti said the panel of judges "found the written testimony sufficient."

In an interview, Wagner said the Signatura's handling of the case showed "the dysfunctionality of church law and how it is implemented" with regard to claims of abuse.

Wagner's correspondence with the Signatura indicates the court was conducting a preliminary investigation of Geissler, in accordance with canons 1717-19.

Those canons leave it up to church authorities to determine when "sufficient evidence has been collected" to evaluate a case.

They also say that judicial processes are to continue only when church authorities have "ascertained that fraternal correction or rebuke or other means of pastoral solicitude cannot sufficiently repair the scandal, restore justice, [or] reform the offender."