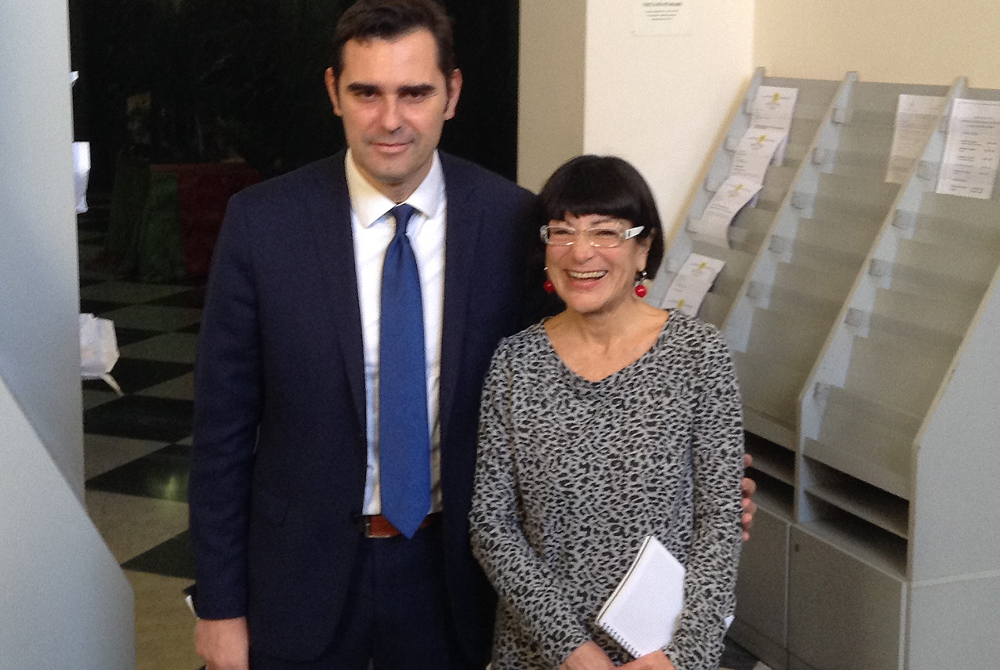 The Vatican Dicastery for Communication created new roles within the press office of the Holy See as part of its media reform and reorganization.

The new positions announced by the dicastery Jan. 11 were two new assistants to the director — U.S. Sr. Bernadette Reis, a Daughter of St. Paul, and Raul Cabrera Perez from Peru — and an office manager, U.S.-born Thaddeus M. Jones.

Gisotti told reporters he had significant input in suggesting potential candidates to Ruffini for the new positions. Gisotti, Ferrauto, Reis, Cabrera and Jones all had worked at Vatican Radio or its reconsolidated entity, Vatican News.

Gisotti said it was important the new hires be journalists as "a sign of respect" and a greater help to the journalists and reporters who depend on the press hall for information about the pope and the Vatican.

Ferrauto was retired from her longtime position as head of the French news section at the radio and had served as an assistant to the press office for the last five general assemblies of the Synod of Bishops, according to a note from the dicastery.

In addition to her reporting work at Vatican News, Reis also is a consultant for the communication commission of the International Union of Superiors General. After his work at the radio, Cabrera went on to help the information commission for the Synod of Bishops on young people.

Jones had extensive experience after the radio working at the former Pontifical Council for Social Communications and had been a key member of the coordinating team of the Vatican News website.

Gisotti told reporters that the addition of native English, French and Spanish speakers reflects an effort to create "an international team serving the Holy Father" at the press office.

The new positions also are aimed at "strengthening the press hall" so that it is "not just the director but a working community."

A new vice director of the press office will not be named until a permanent director has been appointed, which, he said, should happen soon.

Gisotti was named interim director of the press office Dec. 31 when U.S. journalist Greg Burke and Spanish journalist Paloma Garcia Ovejero announced their resignations, saying they believed Pope Francis should be "completely free to assemble a new team" for Vatican communications "at this time of transition."