20 years after Ex Corde: What was all the fuss about? 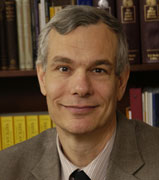 Aug. 15 marked the 20th anniversary of Pope John Paul II’s apostolic exhortation Ex Corde Ecclesiae, which set out his vision for the renewal of Catholic universities and colleges. The anniversary passed quietly, with little of the controversy that greeted the release of the document in 1990.

Twenty years ago, protests erupted on the pages of Catholic journals as theologians worried that new, draconian measures would be adopted against theologians who strayed from the “party line.”

There was concern that Ex Corde’s concern for the “Catholic identity” of the church’s universities and colleges would lead to a new sectarianism, mixed with nostalgia, and that our leading research universities, such as Notre Dame and Georgetown, would be turned into glorified catechism schools.

But in a series of commentaries published on the NCR Web site on the blog “Distinctly Catholic,” leading Catholic educators and theologians delivered a decidedly upbeat verdict on the ways Ex Corde has affected Catholic higher education.

Fr. Robert Imbelli, theology professor at Boston College, wrote, “I think Ex Corde has significantly altered the conversation regarding Catholic higher education. Most important is that it has reintroduced into the discussion the crucial issue of what is the distinctive identity of the school in question. How does it differ from its competitors in the higher education field (and, inevitably, ‘market’)? Thus the adjective Catholic, rather than being downplayed in favor of a school being ‘in the _____ tradition’ (supply the adjective associated with a religious order or founder), once more appears prominently in many mission statements and recruiting pamphlets.”

Boston College, in fact, recently issued a very thoughtful document on the Catholic intellectual tradition that highlights those aspects that set Catholic schools apart from their secular counterparts. The document notes eight qualities of inquiry in the Catholic intellectual tradition, from the idea that faith and reason are mutually illuminating to “a resistance to reductionism and an openness to analogical imagination.” The text also called for “reverence for the dignity of each human being as one created in the image of God. Hence, a commitment to justice, to the solidarity of the human family, and to the common good.”

Msgr. Kevin Irwin, dean of the School of Religion at The Catholic University of America in Washington, wrote that Ex Corde had “framed the debate” in three ways. First, by insisting that theology be done in communion, Ex Corde showed that theology is not an individualistic enterprise but an ecclesial one. Second, Ex Corde invited a reexamination of the distinction between the church and the academy. “Faculties undertook fruitful (and, yes, sometimes painful) dialogue about how Catholic theology could be academically and scientifically rigorous,” Irwin wrote, “and also simultaneously be for the good of the church’s theology and official teaching, where the latter means an ongoing evolution of official church teaching and the legitimately probing questions and opinions of theologians.”

Finally, Ex Corde produced many “Catholic moments” that, Irwin argued, confounded the idea that there can be only “one” or “the” Catholic moment, and that this openness to the inherent multiculturalism of the church’s life is a key to avoiding the kind of narrowness feared by some of the document’s critics.

Professor John Cavadini witnessed the implementation of Ex Corde as chairman of the theology department of the University of Notre Dame, Ind. His verdict on the effects of Ex Corde were mixed. He wrote that in one regard, “the impact of Ex Corde has been rather marginal” as too much of the focus of implementation (and the controversy) was on the need for theology professors to secure a “mandatum,” or a license to teach theology, from the local bishop. Cavadini argued that a juridical focus on the mandatum often kept Catholic schools from focusing on “the ideal” of Catholic intellectual life presented by Pope John Paul II.

“The mere statement of an ideal is already a lot of progress,” Cavadini wrote. “And it is not surprising if it takes a generation to begin to move toward the cultural renewal that ideals call us to. Can we learn to ‘live into’ this ideal? What does the language of ‘faith seeking understanding’ mean when applied not only to a theology department but to the whole Catholic intellectual endeavor? Are we humble enough to admit we may not know, and to begin seeking?”

Serving for the past several years as the vice president for Catholic identity and mission at Mount St. Mary’s University in Emmitsburg, Md., Msgr. Stuart Swetland has been at the center of the Ex Corde implementation there. Noting that scholars are diverse as Alasdair MacIntyre, Marianist Fr. James Heft and Monika Hellwig have argued that being authentically Catholic will make our universities better, Swetland pointed to the church’s unique ability to help solve some of the intellectual problems facing the modern academy: “The need of our age for the integration of knowledge and an adequate vision of the human person cries out for the depth, breadth and wisdom to be found in the Catholic intellectual tradition, with its rich philosophical and theological anthropology. From business ethics to environmental justice to the defense of the most vulnerable to the renewal of the church, our age needs the intellectual ethos of Catholic universities at their best.”

Not all the verdicts on the implementation of Ex Corde were so positive. Patrick Reilly, who runs the conservative watchdog group the Cardinal Newman Society, published an article at InsideCatholic.com claiming “that there is still a crisis in Catholic higher education” and that “Ex Corde Ecclesiae has yet to be fully implemented.”

Reilly appealed to Pope Benedict XVI’s address to Catholic educators at The Catholic University of America when he visited the United States in 2008. Reilly said the address “reinforced key themes of Ex Corde Ecclesiae, including the proper limits of academic freedom and the need for an institutional commitment to the Catholic faith and students’ spiritual development.”

Benedict, however, did not use the phrase “proper limits of academic freedom” in his 2008 address. The pope said, “In regard to faculty members at Catholic colleges and universities, I wish to reaffirm the great value of academic freedom. In virtue of this freedom you are called to search for the truth wherever careful analysis of evidence leads you. Yet it is also the case that any appeal to the principle of academic freedom in order to justify positions that contradict the faith and the teaching of the church would obstruct or even betray the university’s identity and mission; a mission at the heart of the church’s munus docendi [the gift to teach] and not somehow autonomous or independent of it.”

[Michael Sean Winters is an NCR contributor. He writes the “Distinctly Catholic” blog on NCRonline.org.]

Vatican | 20 years after Ex Corde: What was all the fuss about?

Vatican: Cardinals not expected to vote on curial reform