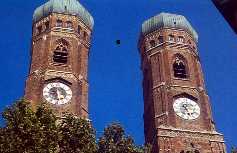 German reform Catholics said Sunday the pope's pastoral letter, written to Irish Catholics in response to sexual abuse by the clergy, is merely a starting point in a long process of change, and called for the church to overhaul its stance on celibacy.

Pope Benedict XVI Saturday issued a pastoral letter to the church in Ireland, apologizing and acknowledging the failures of the church's top clerics in handling such cases.

But there were expressions of disappointment here that the letter did not make even a short reference to the German sex abuse issues, which have riveted media attention since January.

The reform movement, We are Church, said it is “regrettable” that the pope blamed rapid social changes and secularization of society, rather than church structures, for the sexual abuse of minors. “It is not sufficient to only suggest traditional spiritual paths, without structural improvements, as concrete initiatives,” the reform movement said in a statement.

The group also said it is critical for the church to change its teachings on sexuality, especially the rule of celibacy for Catholic priests, Christian Weisner told NCR. While he said there is no direct connection between celibacy and sexual abuse, the rule of celibacy, he said, is an indication of the church’s hostile attitude towards sexuality and women in Catholic teachings. Weisner added that too often the church has attracted men with immature notions of sexuality to the priesthood.

The We are Church statement said it is “outrageous” that the pope cited as causes of clergy abuse an incorrect interpretation of the Second Vatican Council and its program of renewal.

Weiser said he had hoped the pope would say something about German situation. He said the sex abuse issue is global in scope. “The pope's silence doesn't look good. It certainly won't improve his authority and his esteem in the church here. Just a word of compassion for the victims would have won him sympathies,” he said.

“We especially appreciate the sincere words of the victims to whom he turns to first,” Tänzler said, adding it would have been helpful were there a specific reference to the German situation.

Tänzler said it is crucial now that the German bishops rapidly investigate the sex abuse cases that have emerged in recent months.

For some the pope’s failure to address the German situation was particularly hurtful. “I found it outrageous that none of the events in Germany got any mention in the letter,” said Brigitte Beierlein, a 63-year-old teacher. “For me the time has come to take personal responsibility and quit the church. I am going to finish my membership, even though I will leave with regrets.”

Meanwhile, the chairman of the German Episcopal Conference, Archbishop Robert Zollitsch, responding to the papal letter, said Saturday that the apology to victims by Pope Benedict that the letter contained is also a warning to his country's church.

“That's why I understand the pope's admonition to the bishops in Ireland as an admonition to us at the same time,” he said. “I'm grateful for these words.”

In recent weeks, more than 250 former students have come forward with allegations of abuse by priests across Germany. Some cases date back to the 1950s. Several allegations have also emerged in the pope's former archdiocese in Bavaria.

The scandal has also personally drawn in the pope’s brother who ran a Regensburg choir for 30 years which has been linked to cases of abuse. Father Georg Ratzinger has admitted to slapping boys in his Regensburg choir. Ettal Abbey, scene of beatings and sexual abuse in the past, is located in the archdiocese the former Cardinal Joseph Ratzinger once headed.

“We know that there have also been mistakes here in Germany,” Zollitsch said.
“We, German bishops, have clearly acknowledged and admitted our mistakes. We cannot allow mistakes to be repeated and that's why we need complete clarification.”

For some German Catholic church observers, the papal letter offered a test of whether the Vatican can stem a widening crisis that has shaken the authority of the church and has challenged the Vatican to end a secretive culture.

While a cardinal at the Vatican, Ratzinger wrote a 2001 letter instructing bishops worldwide to report all cases of abuse to his office and keep church investigations secret under threat of excommunication. The Vatican insists the secrecy rules serve only to protect the integrity of the church's investigations, and should not be taken to mean the church should not tell police of their members' crimes.

In his pastoral letter, the pope attributed the problem in part to “a misplaced concern for the reputation of the church and the avoidance of scandal, resulting in failure to apply existing canonical penalties and to safeguard the dignity of every person.”

He also cited “inadequate procedures” for determining the suitability of candidates for the priesthood and the religious life and “insufficient human, moral, intellectual and spiritual formation” in seminaries.

The pope proposed a “nationwide mission” for all bishops, priests and religious to strengthen their vocations. And he urged Irish dioceses to devote chapels for intense prayer “to make reparation for the sins of abuse that have done so much harm.”

With or without mention of the German sex abuse situation, the pope appears to be attempting to head off further church damage by speaking directly to the problem. However, here in Germany the scandal has already raised serious and potentially damaging questions about the pope’s own past.

Last week the German church suspended a priest, Father Peter Hullermann, who had been permitted to work with children for decades after a court convicted him of molesting boys.

In 1980, Benedict, then Archbishop Joseph Ratzinger, allowed Hullermann to move to Munich for therapy after allegations of abuse. Ratzinger’s deputy at the time, Vicar General Gerhard Gruber, said he was to blame for that personnel decision, referring to what he called “serious mistakes.”

The New York Times and Time magazine, meanwhile, reported over the weekend that a psychiatrist who had treated Hullermann said he issued repeated warnings to archdiocesan officials regarding the priest, but that those pleas went unattended.

The psychiatrist, Dr. Werner Huth, said he told officials that Hullermann should not be allowed to work with children. “I said, ‘For God’s sake, he desperately has to be kept away from working with children,’ ” Huth was quoted as saying. “I was very unhappy about the entire story.”

Dr. Huth said he was concerned enough that he set three conditions for treating the priest: that he stay away from young people, and alcohol, and be supervised by another priest at all times.

Huth reportedly said he issued the explicit warnings — both written and oral —before the future pope, then Joseph Ratzinger, left Germany for a position in the Vatican in 1982.

Despite the psychiatrist’s warnings, Hullermann was allowed to return to parish work almost immediately after his therapy began, interacting with children as well as adults. Less than five years later, he was accused of molesting other boys, and in 1986 he was convicted of sexual abuse in Bavaria.

Fox is NCR Editor and can be reached at tfox@ncronline.org.