Canadian lawyer sworn in as leader of Knights of Malta 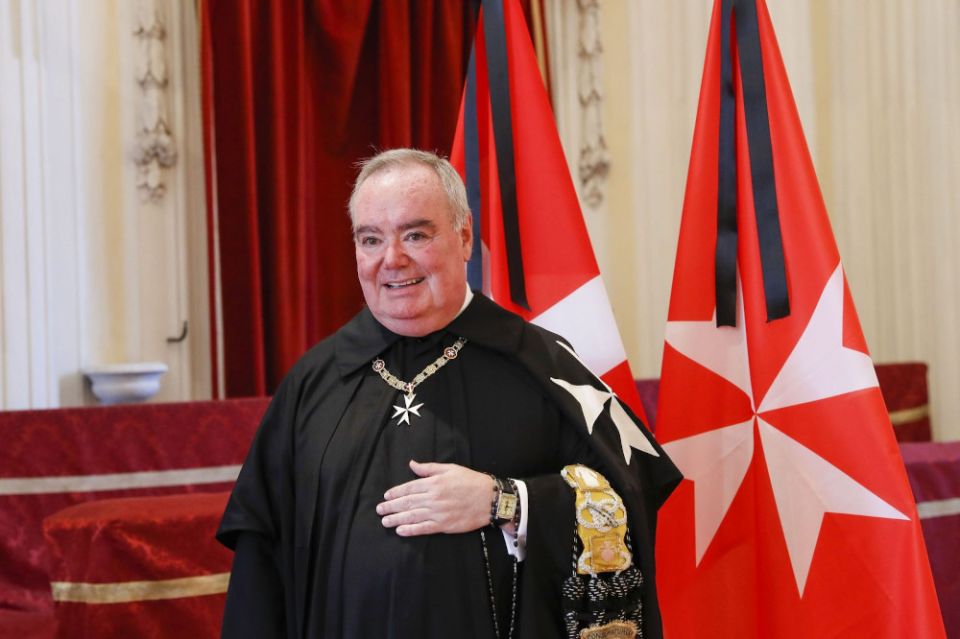 Fra' John Dunlap, a Canadian who was named lieutenant of the grand master of the Sovereign Order of Malta, took his solemn oath June 14 in the Church of St. Mary in Rome. (CNS/Order of Malta)

Vatican City — Canadian Fra' John Dunlap was sworn in the day after Pope Francis appointed him as the new leader of the Knights of Malta.

Dunlap, a member of the sovereign council, was appointed lieutenant of the grand master of the Sovereign Order of Malta by Francis June 13.

He was sworn in June 14 in Rome's Church of St. Mary on the Aventine in the presence of Cardinal Silvano Tomasi, the Vatican's special delegate to the order, and members of the sovereign council.

Dunlap succeeds Fra' Marco Luzzago, who led the Knights of Malta since late 2020 and died June 7 after a sudden illness, at the age of 71. The funeral was held June 14 in the Basilica of Sts. Bonifacio and Alessio on Rome's Aventine Hill.

The order had said in a statement June 8 that Fra' Ruy Gonçalo do Valle, the grand commander, had assumed the role of interim lieutenant with Luzzago's death, and would "remain head of the sovereign order until the election of the new head of the order."

However, Francis decided to choose the new leader, and in his letter of appointment June 13, he wrote that "the sudden departure of the lieutenant of the grand master, Fra' Marco Luzzago, a few months before the celebration of the extraordinary chapter general, brings the Order of Malta to a new moment of dismay and uncertainty."

The order said in a statement June 13 that "Pope Francis' decision will allow the Order of Malta to accelerate the reform process and return to an ordinary administration under a grand master soon afterward. The Order of Malta is grateful to the Holy Father for his paternal solicitude."

The new lieutenant of the grand master, together with Tomasi and the sovereign council, "will continue the process of constitutional reform of the sovereign Order of Malta," it said.

Dunlap is an attorney admitted to the New York State Bar and a barrister and solicitor of the bar of the province of Ontario. He joined the law firm of Dunnington, Bartholow & Miller in New York in 1986 and became a partner in 1993, specializing in corporate and immigration law.

Admitted to the Order of Malta in 1996, Dunlap took temporary vows as a Knight of Justice in 2004, and he took his solemn vows as the first American member in 2008.

Since 2017 the order has been involved in a process to revise its constitution, which is why members chose to elect a lieutenant rather than a grand master, who traditionally served for life.

The Knights of Malta have 13,500 members, as well as 80,000 volunteers and 25,000 medical professionals providing relief and humanitarian aid in 120 countries.

Vatican | Canadian lawyer sworn in as leader of Knights of Malta