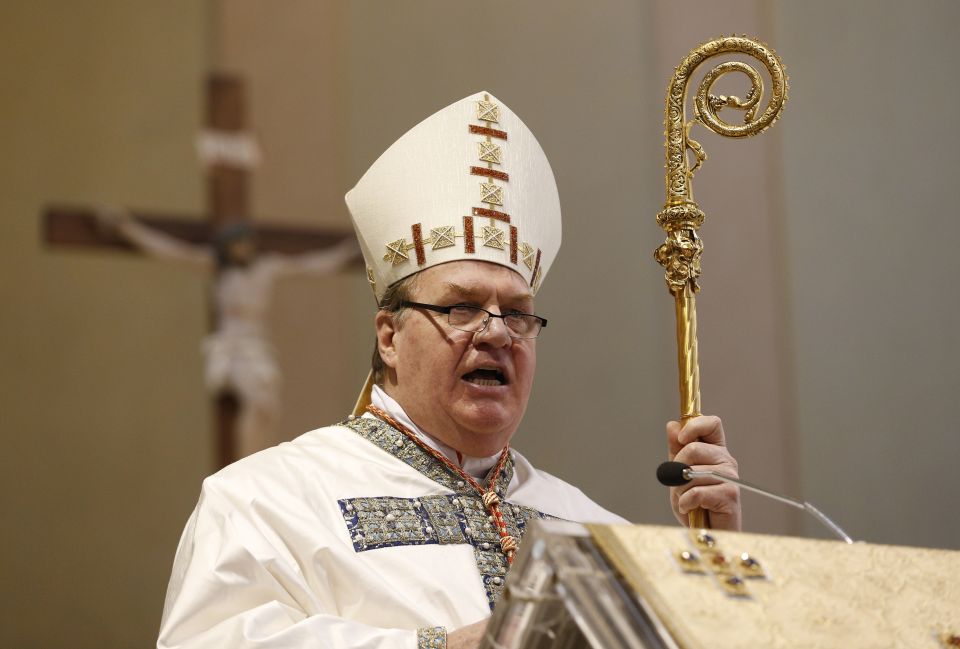 Cardinal Joseph Tobin of Newark, N.J., gives the homily during a Mass in Rome in January 2017. (CNS/Paul Haring)

No one should be surprised by the news that Pope Francis named Cardinal Joseph Tobin of Newark, New Jersey, to be a member of the Congregation for Bishops. There are three reasons why the appointment makes perfect sense.

First, from 1991 until 2009, he worked in the curia of the Redemptorists in Rome, initially as general consultor and then for two terms as superior general. In that post, he would have become acquainted with the situation of the church throughout the world in ways few American bishops have. This knowledge of the global church is a desirable trait in all dicasterial appointments in Rome, but it is especially important in the Congregation for Bishops, which is charged with selecting the next generation of church leaders in most of the globe. For example, the largest national hierarchy in the world is that of Brazil, and the Redemptorists have a large presence in that country.

Second, the Redemptorists are a missionary order and Francis is the fourth pope in a row to be urging the Catholic Church to conceive of itself in missionary terms. The structures and attitudes of the Catholic Reformation Church served the faith very well for centuries but are now outmoded and ill-suited for the times. The church is vibrant in mission territory in Africa, Asia and Latin America even while it is declining in Western European countries that were dominant for the past two millennia. Tobin brings the charisms of the Redemptorists to the table when bishops are being selected.

Third, Tobin is not only the kind of leader Francis wants — someone close to the people, not a culture warrior, and with a heart for the poor and the marginalized — he is also genuinely well liked by his brother bishops. This past November, Tobin was elected by his fellow bishops to serve on the board of directors at Catholic Relief Services.

In 2015, he stood for chair of the Committee on Clergy, Consecrated Life and Vocations, and he garnered the largest margin of any race that year, defeating Denver Archbishop Samuel Aquila by 144-96 votes.

The only other American cardinal who might have been selected was Cardinal Kevin Farrell who leads the Dicastery for Laity, Family and Life, and who has the additional benefit of already being in Rome. But when Pope Francis announced a “Year of the Family,” set to begin later this month, Vatican observers concluded that Farrell would be the point man for this important project, and tackling the vast amount of paperwork and meetings that membership on the Congregation for Bishops entails would be too much.

In sum, Pope Francis continues to turn the barque of Peter slowly into the wind. Nowhere has he met with greater opposition than in the United States. In Tobin, Francis will have someone with the right experience and a shared vision joining Chicago’s Cardinal Blase Cupich at the meetings of the Congregation for Bishops. We can count the days — OK, maybe the months — until Team Francis has a majority of the bishops voting at the bishops' conference plenary meetings!