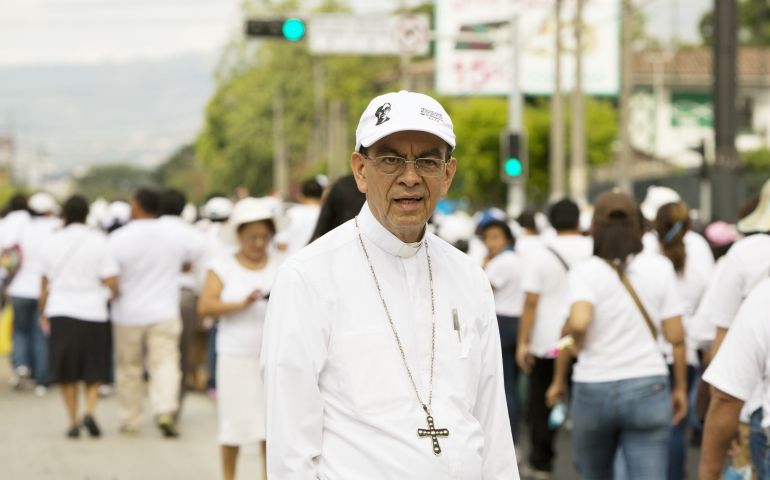 The pontiff made the surprise announcement at the end of his traditional Regina Coeli prayer with crowds in St. Peter's Square, saying he would install the new cardinals during a consistory at the Vatican June 28.

In an unusual move, only two of the prelates named by Francis Sunday as new cardinals are currently archbishops. Two others are bishops. The last, Jose Gregorio Rosa Chavez, is the long-time auxiliary bishop of San Salvador, known to have worked closely with slain Archbishop Oscar Romero.

Cardinals, sometimes known as the "princes of the church" and for their red vestments, have in the past been senior Catholic prelates who serve either as archbishops in the world's largest dioceses or in the Vatican's central bureaucracy. Their principal role is to gather in secret conclave after the death or resignation of a pope to elect his successor.

Francis timed the June consistory so that he can celebrate Mass with the new cardinals in Rome June 29, the feast of Sts. Peter and Paul.

All five of the new cardinals are under the age of 80, at which point cardinals can no longer vote in conclave. The youngest is Arborelius, who is 67. The oldest is Rosa Chavez, who is 74 and has served in his role in San Salvador since 1982.

The Salvadoran prelate is known to have had a strong bond with Romero, who was shot dead while celebrating Mass in 1980. Rosa Chavez frequently travels to Salvadoran communities in other countries, including in the U.S., to celebrate Romero's legacy.

Romero was archbishop of San Salvador during the bloody and tension-filled time leading up to his country's 1979-1992 civil war. A right-wing death squad killed him one day after he gave a sermon calling on soldiers to stop enforcing his government's policies of oppression.

While the cause for Romero's sainthood lingered under the pontificates of Popes John Paul II and Benedict XVI, Francis has sought to bring it forward. The slain archbishop was beatified, the last step before sainthood, in May 2015.

After the upcoming consistory, Francis will have named 49 of 121 cardinals able to vote in a papal conclave. Seven more cardinals will reach the age of 80 in 2018.

It's time to be honest about Pope Francis and women

Three steps to reform the Vatican