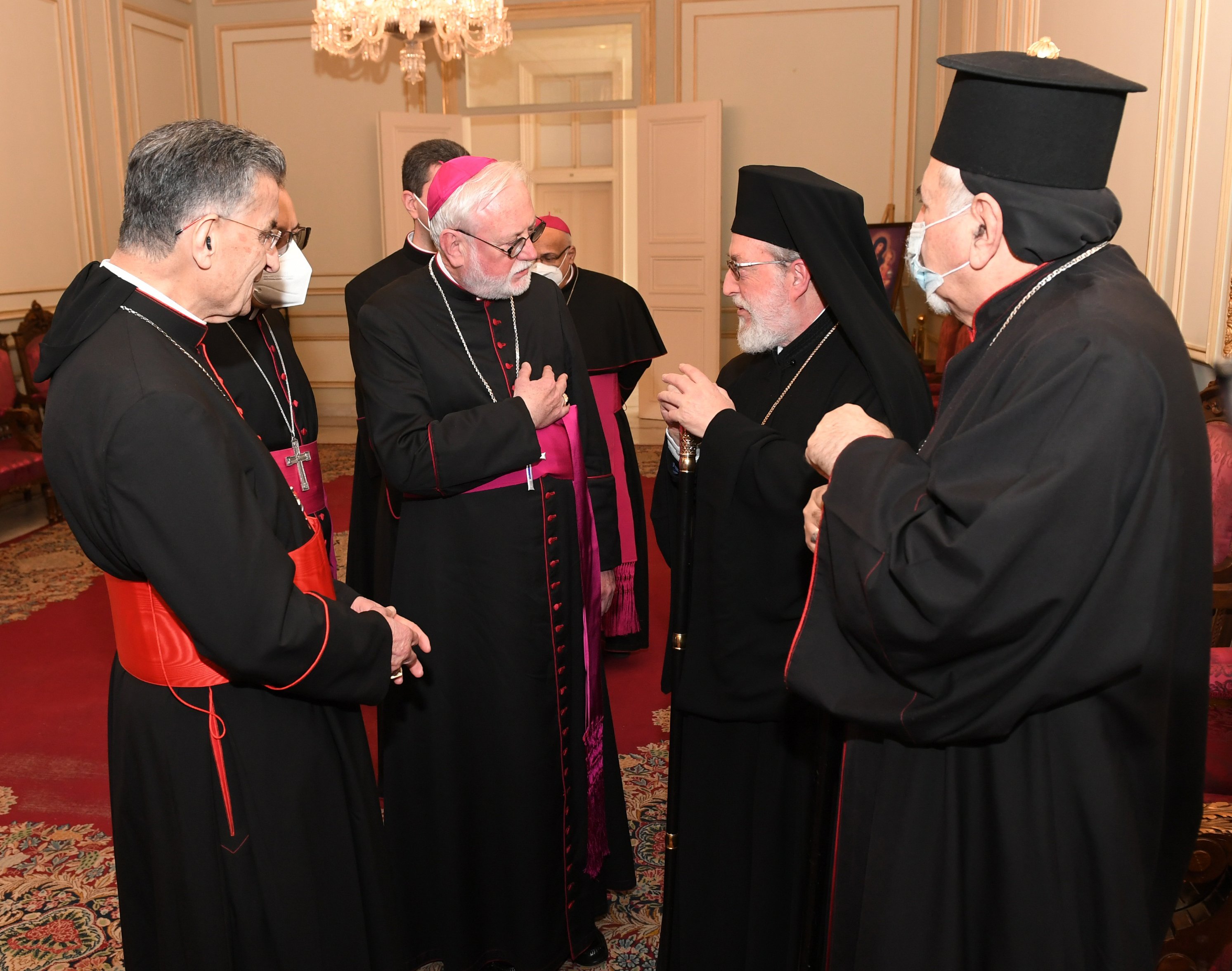 BEIRUT — The Vatican's foreign minister traveled to Lebanon with messages for its politicians and for ordinary people.

Lebanon's leaders must "make the decisive decision to work for peace and not for their own interests," said Archbishop Paul Gallagher.

And after meeting with families of the August 2020 Beirut port explosions, as well as leaders of Christians churches, he said he would "return to Rome with a clearer vision of the difficulties and the role of the church in the future and research regarding the possibility of helping Lebanon in these difficult times."

"The Holy Father instructed me to convey to the Lebanese people his closeness and concern for Lebanon and the Lebanese, in the deep economic, social and political crisis which they are going through," the archbishop said after meeting with Lebanese President Michel Aoun.

"The Lebanese people continue to suffer greatly. Everyone can see it," Archbishop Gallagher said during a symposium at Holy Spirit University of Kaslik. "Poverty is growing, many families cannot access their bank accounts, schools, universities and hospitals suffer from lack of funding."

But, as he did several other times during the visit, he urged people to work together, for the good of the nation.

"Division along with political and economic deadlock can be overcome through real democracy, which consists of dialogue, unity, compromise and a preference for the common good," he said.

After meeting Aoun, the archbishop said it was time to end the situation in which some people profited "from the suffering of all. It is not allowed for half the truth to frustrate the hopes of the people. Stop using Lebanon and the Middle East for foreign interests. The Lebanese people must have the opportunity ... to be the makers of a better future, better than any outside interference.

"We fear that the future of this country will not be guaranteed," he added. "We call on everyone, and all leaders, whether locally or internationally, to preserve Lebanon as a message of living together, brotherhood and hope among religions," the top Vatican diplomat said.

In a Feb. 1 meeting with academics at St. Joseph University, Archbishop Gallagher expressed his hope "that the current economic crisis, which sees schools and universities in Lebanon suffering greatly, will soon end."

He warned that the absence of culture and education "provides fertile soil for extremism to develop."

"Lebanon is a hub of multiple religions and confessions. Throughout the centuries, and not without difficulty, the Lebanese have given witness to the value of dialogue among religions," he said.

"I strongly believe Lebanon could play an important role, providing an example of fraternity and dialogue for the entire Middle East and the Mediterranean region," he said.

Pope Francis has repeatedly expressed his wish to visit Lebanon. While such a visit by a top Vatican official typically paves the way for a papal visit, Archbishop Gallagher said in response to a reporter's question: "The pope assured me before I started this visit that he intends and wants to come to Lebanon, very soon. But it remains for us to define the meaning of the word 'soon.' He wants to come and he will come."