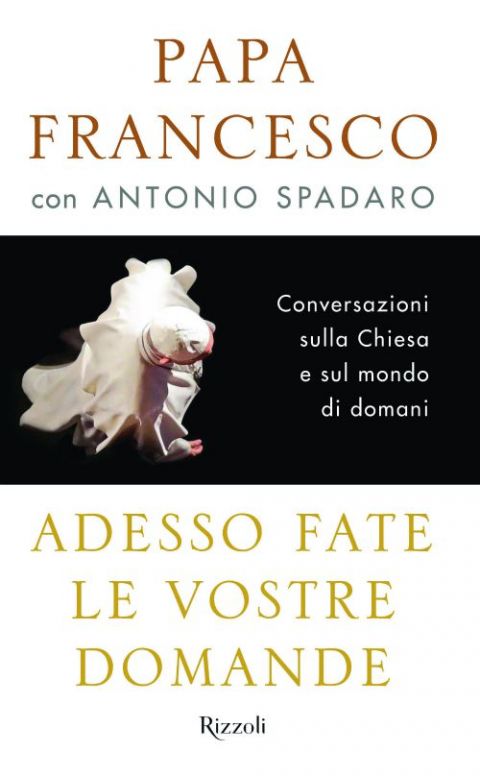 Rome — Pope Francis says in a new book that he chooses to give interviews and to speak freely in press conferences as part of his desire to create a Catholic Church that understands how to dialogue with the people of today.

The pontiff adds that while he knows giving such interviews entails the possibility of being misinterpreted, he wants to run that "pastoral risk" in order to have direct communication with people.

Referring to the Gospel story of Jesus after his death appearing to two disciples walking together, Francis says the church of dialogue is "the church of Emmaus, in which the Lord 'interviews' the disciples who are walking discouraged."

"I desire a church that knows how to insert itself into the conversations of people, that knows how to dialogue," states the pope, writing in a preface for a new collection of eight of the interviews and public dialogues he has given since his March 2013 election as pontiff.

"For me, the interview is part of this conversation of the church with the people of today," he says.

The collection, to be released in Italy Oct. 19, carries the title Adesso fate le vostre domande ("Now, ask your questions") and was edited by Jesuit Fr. Antonio Spadaro, a papal confidant and editor of the Italian Jesuit magazine La Civiltà Cattolica. Excerpts from Francis' preface to the volume were printed Oct. 17 by the Italian daily La Repubblica.

Francis says in the preface that during his press conferences on papal flights he likes "to look into the eyes of the person [asking questions] and respond to the questions with sincerity."

"I know that I have to be prudent, and I hope to be so," the pope states. "I always pray to the Holy Spirit before I start listening to the questions and answering. And as I must not lose prudence, I must also not lose trust. I know that this can make me vulnerable, but it's a risk that I want to run."

The pontiff says the interviews have a "pastoral value" akin to the daily homilies he gives at the Masses he celebrates on weekdays at the chapel in the Vatican's Casa Santa Marta guesthouse, where he lives.

"It is a way of communicating my ministry," says Francis. "And I tie these conversations in the interviews with the daily homilies in Santa Marta, which is — let's say it like this — my 'parish.'"

"One thing I like is speaking with small newspapers," he continues. "I feel even more at ease. In fact, in those cases I truly hear the questions and the worries of the common people. I seek to respond in a spontaneous way, in a conversation that I want to be comprehensible, not [made up of] rigid formulas."

"I also use simple, popular language," Francis explains. "For me, interviews are a dialog, not a lecture. For this reason I do not prepare."

"Sometimes I receive the questions in advance but I almost never read or think over them," he states. "Other times, in the plane press conferences, I imagine the questions they might ask me. But to respond I need to encounter the people and look into their eyes."

"Yes, I have a fear of being poorly interpreted," says the pontiff. "But, I repeat, I want to run this pastoral risk."

Adesso fate le vostre domande is being published by Rizzoli, a publishing house based in Milan. The eight interviews and dialogues it collects include Francis' 2013 interview with Spadaro, his 2016 interview with Polish Jesuit Fr. Ulf Jonsson, and conversations he had in 2015 and 2016 with the Philippine and Polish Jesuits during papal trips to their countries.

It's time to be honest about Pope Francis and women