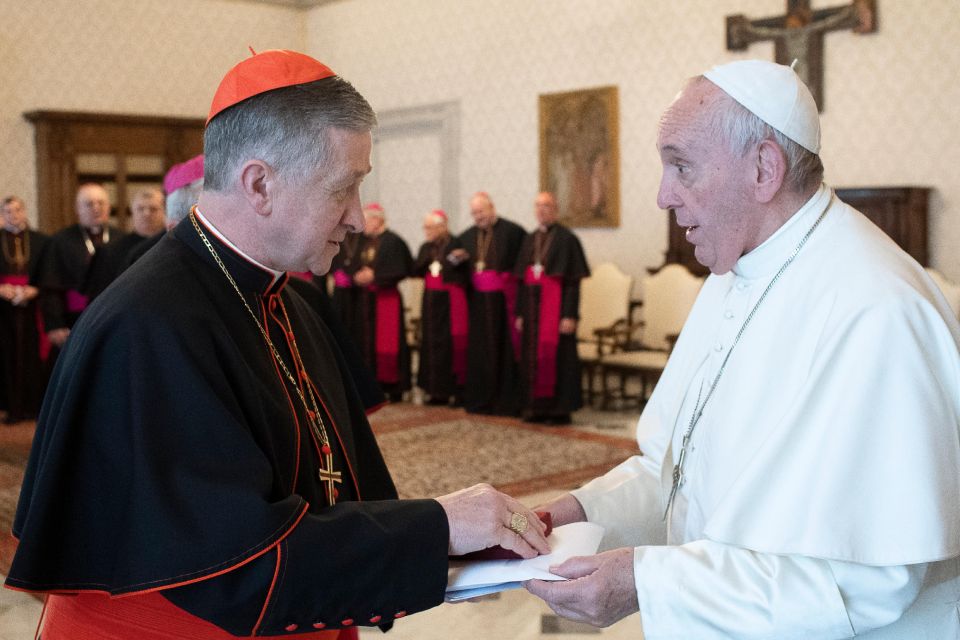 ROME — Pope Francis on July 5 expressed his sorrow over what he described as a "senseless shooting" that killed at least six individuals and injured dozens more during an Independence Day parade in Highland Park, Illinois on July 4.

In a telegram sent by Cardinal Pietro Parolin, the Vatican's secretary of state, to Cardinal Blase Cupich of Chicago, the pope said he was "deeply saddened" to learn of the tragedy.

"His Holiness joins the entire community in praying that almighty God will grant eternal rest to the dead and healing and consolation to the injured and bereaved," the telegram stated.

"With unwavering faith that the grace of God is able to convert even the hardest of hearts, making it possible to 'depart from evil and do good,'" it continued, "Pope Francis prays that every member of society will reject violence in all of its forms and respect life in all of its stages."

On July 4, Cupich issued his own statement in response to the violent attack, saying "what should have been a peaceful celebration of our nation’s founding ended in unspeakable tragedy."

In addition to offering his prayers for the victims, their families and first responders, Cupich also called for U.S. officials to enact further gun safety measures.

"Weapons designed to rapidly destroy human bodies have no place in civil society," he wrote. "It is barely July, and this year the United States is already experiencing more than one mass shooting a day."

"The right to bear arms does not eclipse the right to life, or the right of all Americans to go about their lives free of the fear that they might be shredded by bullets at any moment," he continued. "Gun violence is a life issue."

On Tuesday evening, July 5, Cupich is scheduled to concelebrate a bilingual Mass of Peace and Healing at Immaculate Conception Church near the scene of the attack.

Pope Francis does it again!

UPDATED: All of Chile's bishops offer resignations after meeting pope on abuse