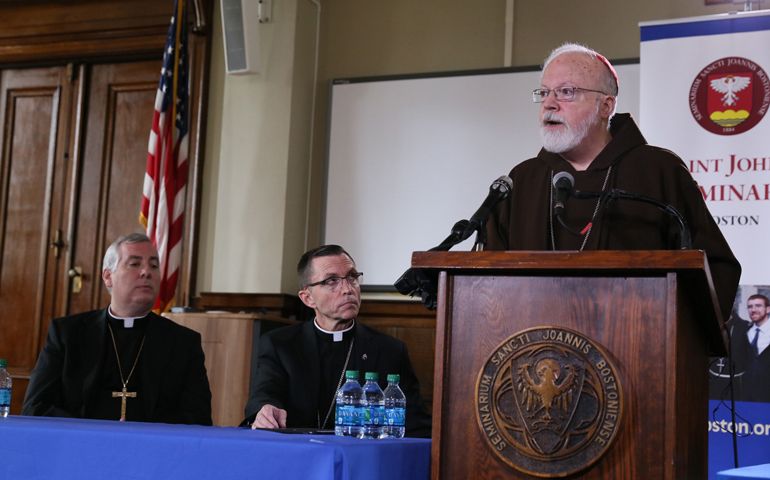 Pope Francis has named two priests of the Boston archdiocese as auxiliary bishops.

The appointments of Bishop-designate Mark O'Connell, 54, and Bishop-designate Robert Reed, 56, were announced June 3 by Msgr. Walter Erbi, charge d'affaires of the Vatican nunciature in Washington.

O'Connell has been vice chancellor and judicial vicar of the Metropolitan Tribunal of the archdiocese since 2007. The native of Scarborough, Ontario, was ordained in 1990. He served in parish ministries from 1990 to 1997, as campus minister at Salem State College in Massachusetts from 1995 to 1997, as assistant to the moderator of the curia from 2001 to 2007, in the Office of the Adjutant Vicar of the archdiocese from 2002 to 2007 and as an adjunct faculty member at St. John Seminary in Brighton, Massachusetts, since 2006.

Reed has been archdiocesan secretary for Catholic media since last year and president of Catholic TV Network since 2005. A native of Boston, he was ordained in 1985 and served in parish ministry for 20 years. In 1993 he became director of the archdiocese's Radio Apostolate, serving in the position until 1998.

Vatican instructions give parishioners more hope in face of closings