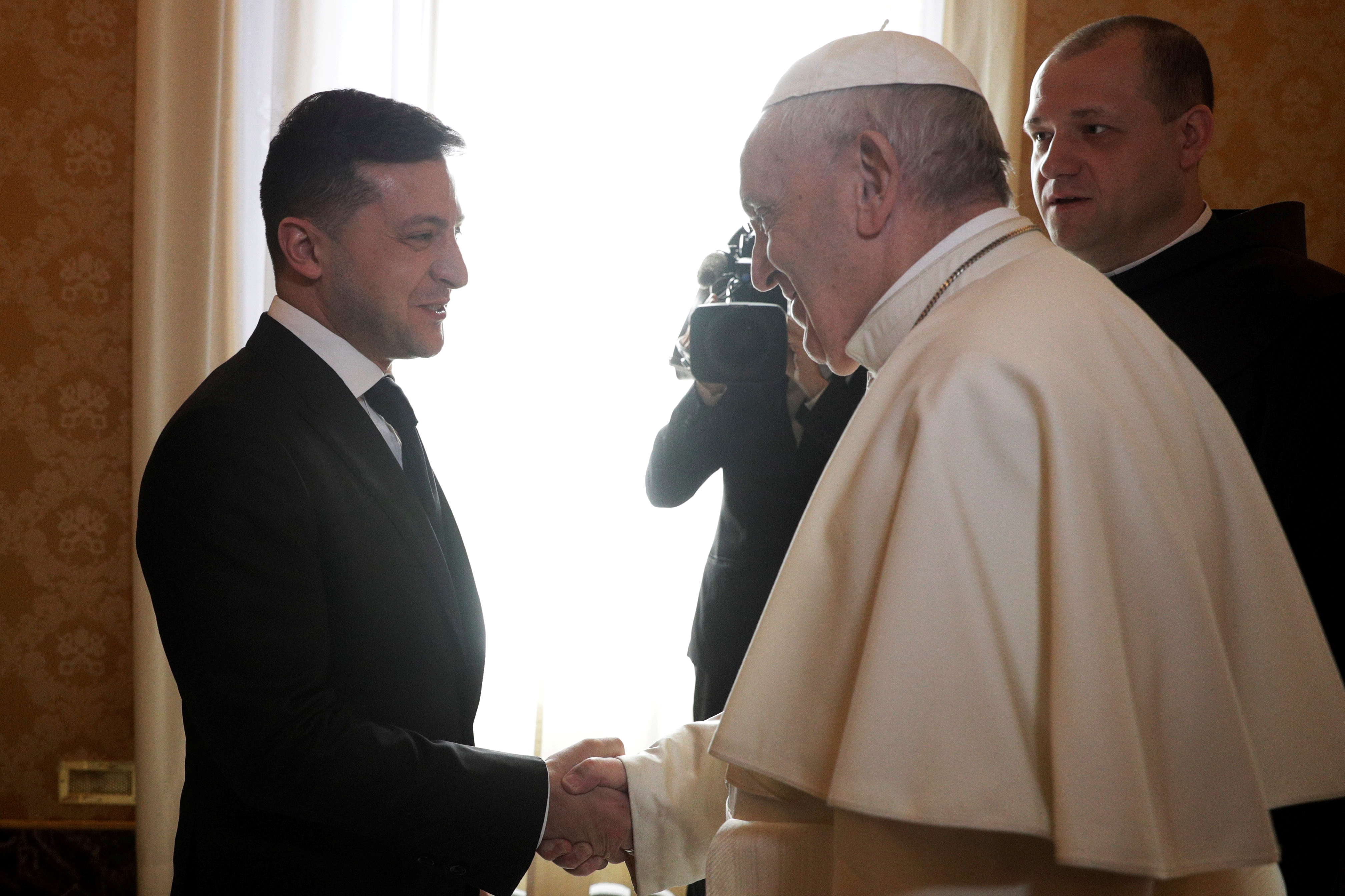 ROME — Pope Francis on March 22 spoke for a second time by phone with Ukraine President Volodymyr Zelensky, who said he would welcome a Vatican mediation to bring about an end to the Russian invasion against the country.

The call, which was first made public on social media by Ukraine’s Vatican ambassador, and then by Zelensky’s own Twitter account, was later confirmed by the Holy See press office. The Vatican did not provide a read out of the conversation.

According to Zelensky’s account, during his call with Francis, the president said he discussed the “difficult humanitarian situation and the blocking of rescue corridors by Russian troops.”

He went on to note that Ukraine would welcome a mediation from the Holy See to help end the conflict, something the Vatican has offered on numerous occasions, though Russia has yet to express interest in such an option.

Zelensky also addressed the Italian parliament on March 22, where he also recalled his conversation with the pope.

Francis first spoke by phone with Zelensky on Feb. 26, less than 48 hours after Russia’s invasion of Ukraine began. During that call, the pope reportedly expressed his sorrow and solidarity with the country.

According to Andrii Yurash, Ukraine’s Vatican ambassador, Zelensky on March 22 repeated his desire for Pope Francis to visit the country.

Earlier this month, Kyiv’s mayor appealed to Pope Francis urging him to visit the Ukrainian capital, saying his physical presence could help bring about peace in the war-torn country.