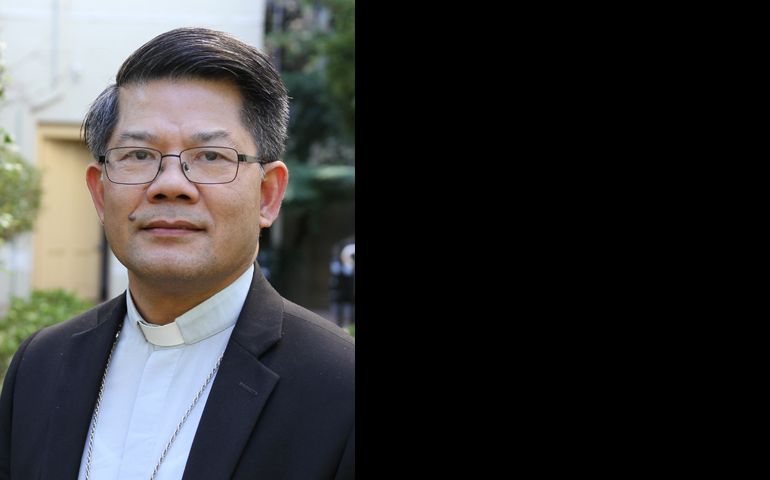 Vatican City — Pope Francis appointed a former refugee who had fled war-torn Vietnam by boat to lead the Australian Diocese of Parramatta.

Bishop Vincent Long Van Nguyen, 54, begins his new role after ministering as a Conventual Franciscan priest in Australia since 1989 and auxiliary bishop of Melbourne since 2011. The Vatican made the announcement May 5.

Born in Dong Nai province in South Vietnam in 1961, he was one of hundreds of thousands of "boat people" who fled the fighting, tyranny and chaos that engulfed the region in the 1970s and 1980s after the Vietnam War.

"Our boat journey was risky. There were more people on board than the boat could carry safely. By the third day, we had run out of food, water and fuel. From then on, we were at the mercy of the elements. On the seventh day, we drifted near an oil rig, half alive and half dead," he said in an interview with the Australian Catholic Bishops' Conference in 2015.

The bishop and the family members he traveled with were rescued and settled in a refugee camp in Malaysia, where he stayed for 16 months. He was accepted to go to Australia in 1981.

He felt a vocation for religious life when he was a young teenager in Vietnam, he said in the interview, published on the Archdiocese of Melbourne's website.

"It began when I was 13 years of age, living in one of the most turbulent periods of my country's history. The war and its terrible effects had a profound impact on me," he said, and the desire to become a priest "was initially motivated by a desire to help people who suffered."

He was studying at St. Paul's Minor Seminary for his native Diocese of Xuan Loc, some 40 miles north of Saigon, when the communist "Liberation Army arrived and turned it into their barracks. We were expelled, and my desire for the priesthood would remain concealed until I found myself in the free land of Australia," he said.

The bishop said meeting Franciscan Friars in the Melbourne suburb of Springvale after his arrival was key to his vocational discernment. He was immediately struck by the friars' "simplicity, and especially their service to the marginalized," he said. "I wanted to share in their vision of life."

He became a friar in 1983, received a degree in theology in 1988. After his ordination, he continued his studies in Christology and spirituality at the Pontifical University of St. Bonaventure in Rome.

He was superior of the Order of Friars Minor Conventual in Australia from 2005-2008 and assistant general for the Federation of the Conventual Order for Asia-Oceania, 2008-2011.

In 2011, Pope Benedict XVI appointed him auxiliary bishop for the Archdiocese of Melbourne.

His episcopal coat of arms includes the depiction of red waves and a red anchor, which is used in heraldry as a symbol of salvation. Red often symbolizes martyrdom or the strength to survive. His motto is "Put Out Into the Deep."

As Cardinal Pell awaits sentence, his appeal is fast-tracked to June