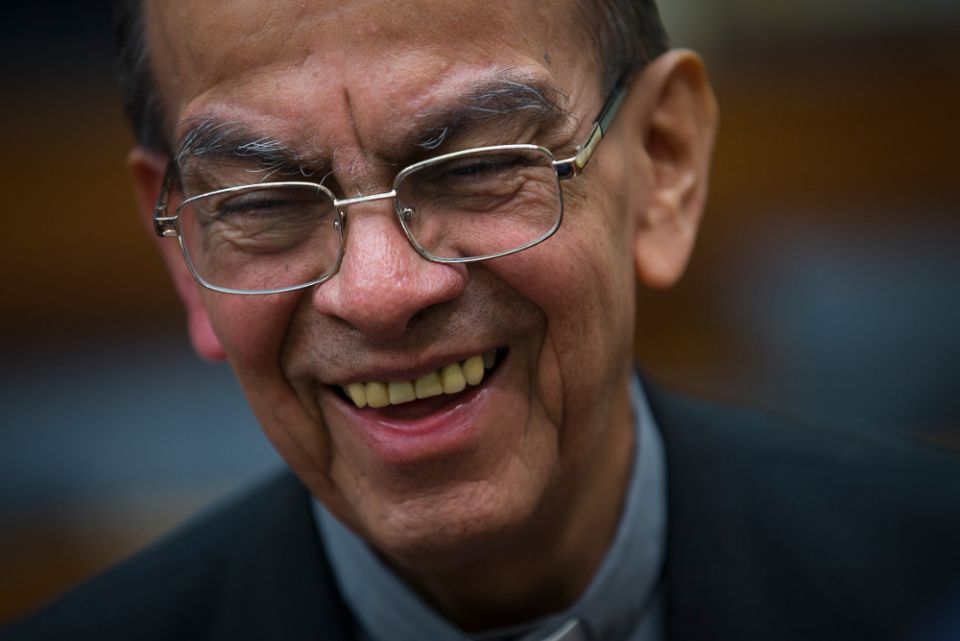 Vatican City — The bishops of El Salvador will meet with Pope Francis on Oct. 15, the day after the canonization of martyred Archbishop Óscar Romero, and will invite the pope to visit the new saint's tomb in their country.

"Perhaps the pope will confirm [a visit]. I hope that will be the case," said Cardinal Gregorio Rosa Chávez, according to the Vatican's English translation of a press conference Oct. 11 before Sunday's canonizations.

Chávez said Francis had previously told him that he likes the idea of a trip, perhaps in conjunction with his previously announced Jan. 23-27 visit to Panama for World Youth Day.

When Chávez suggested the pope go pray at Romero's tomb, Francis told him, "No, something more, perhaps a celebration."

Romero was assassinated while celebrating Mass in San Salvador, El Salvador, in 1980 after speaking out against the right-wing government, after criticizing policies that he said hurt the poor.

Chávez, who is an auxiliary bishop in San Salvador, called Romero "a saint of four popes," detailing how Popes Francis, Benedict XVI, John Paul II and Paul VI saw Romero as a witness to the faith. Paul VI also will be canonized on Oct. 14.

When asked about the delay in Romero's canonization, Chávez noted that for many years, the ambassador to the Holy See represented the ARENA party, which is alleged to have been behind his assassination.

At the press conference, Chávez unveiled a new Spanish translation of a Swiss documentary film, originally released in German. In one clip, Romero is asked if he is afraid of being killed.

According to an English translation, Romero responded: "I have a certain caution or prudence, but not fear. It's not a fear that prevents me from working. On the contrary, many tell me I have to take greater care of myself, to not become exposed too much.  But I feel that while I walk in fulfilling my task as a pastor for communities, God is with me. And if something happens with me, I am willing to everything."

In response to a question about how the canonization of Romero will affect the church in El Salvador, Chávez predicted that the "earthquake" that started with Romero's beatification will become a "tsunami" after he becomes a saint.

He called the canonization "an important signal for the country" and hoped it would positively affect the violence and politics of El Salvador.

Like the aromatic plant that is his namesake, the cardinal said Romero will spread the "smell of God" to "heal the contaminated and polluted air."

A new look for the canonization process under Pope Francis?