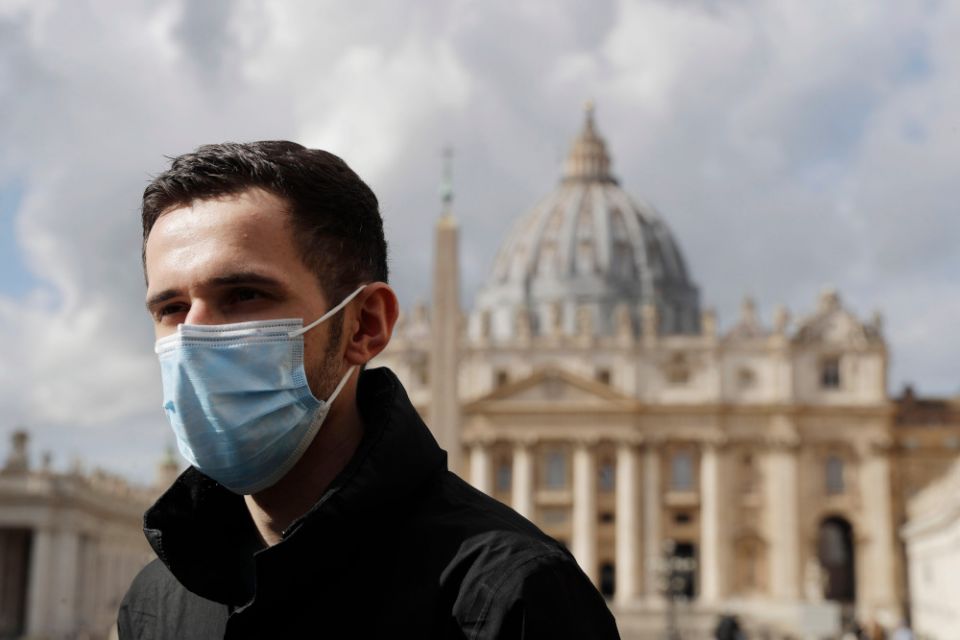 Whistleblower Kamil Jarzembowski meets journalists outside St. Peter's Square at the Vatican, Wednesday, Oct. 14, 2020. Two priests are going on trial in the Vatican’s criminal tribunal, one accused of sexually abusing an altar boy who served at papal Masses in St. Peter’s Basilica, and the other accused of covering it up. The proceedings were forced on the Holy See after victims and Jarzembowski went public in 2017. (AP/Gregorio Borgia)

The lawyer for the accuser argued in court that there was evidence of "gross negligence" and "lack of vigilance" in running the St. Pius X seminary that resulted in his client being abused when he was a young altar boy.

The seminary, located in a palazzo inside the Vatican gardens, houses boys aged 12-18 who serve as altar boys at papal Masses in St. Peter's Basilica. One of the former altar boys says he was repeatedly molested by an older seminarian while living there.

Attorney Dario Imparato asked the court to also charge the seminary itself and the Opera Don Folchi association of priests that runs it, as well as the diocese of Como, which is responsible for both.

After consulting behind closed doors with other judges, Tribunal President Giuseppe Pignatone said the court agreed to prosecute the seminary and Opera Don Folchi, though it rejected the request to bring the Como diocese into the case.

The former seminary rector, the Rev. Enrico Radice, is charged with having helped Martinelli avoid investigators by discrediting the victim's allegations as baseless.

The scandal is particularly grave because the abuse allegedly occurred within Vatican City itself, and the allegations were known since at least 2012 but were covered up by the Vatican and other church authorities until the victim and his roommate, Kamil Jarzembowski, went public in 2017.

After that, Pope Francis waived the statute of limitations in the case and signed off on a new policy for Vatican City requiring such crimes to be reported to Vatican prosecutors.

Neither Martinelli nor Radice have responded publicly to the allegations. They were in court on Tuesday and were supposed to have been questioned, but the hearing was taken up with the question of whether to broaden the trial.

The Opera Don Folchi has lashed out at the allegations against Martinelli and its seminary as "mud," a "violent attack on the church" and nothing more than "calumny and falsifications."

The next hearing was set for Nov. 19.