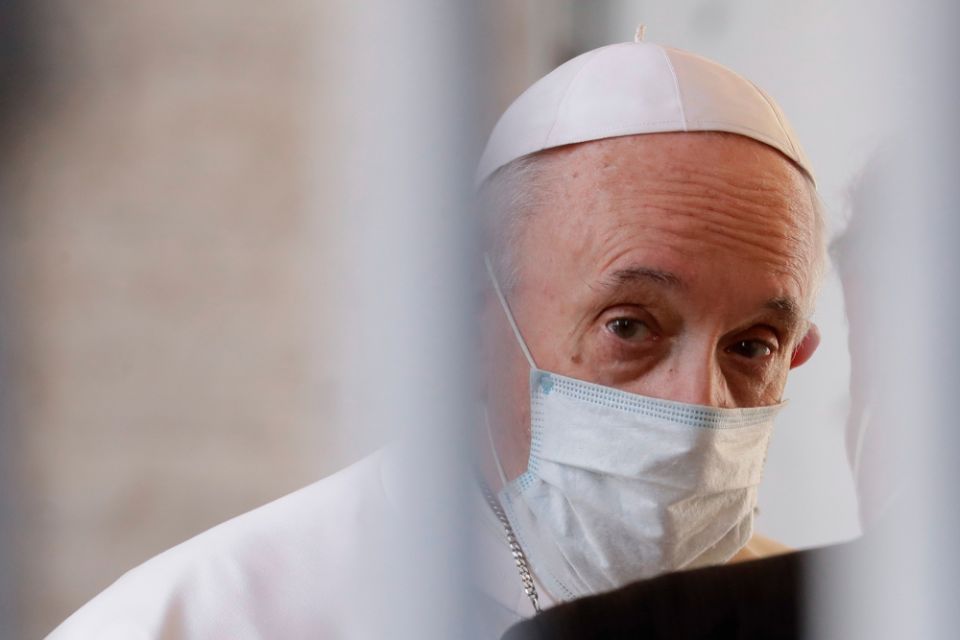 Vatican City — When Pope Francis decided to cut the pay of Vatican employees, lay and religious, in late March, it was mostly welcomed as a positive effort to rein in the institution's struggling finances. But in an unprecedented letter to the pope, some employees said the measures are disproportionate and aggravate already existing systems of privileges.

"How much more will we have to sacrifice to pay for a budget deficit that certainly does not derive from our misdeeds?" some Vatican employees wrote in the letter, published this week by Italian media outlets.

According to the Vatican's budget for 2021, the COVID-19 pandemic has put further strain on its finances, risking a deficit of $60 million. Mismanagement and corruption have undercut the Vatican's financial stability and reputation worldwide for decades.

Pope Francis' reform efforts have attempted to reduce the economic hemorrhage, compounded by dwindling donations from the faithful and months of closure for the institution's biggest money maker, the Vatican Museums.

The papal decree March 24 cut the pay of Vatican cardinals by 10% and decreased salaries for the heads of Vatican departments and secretaries by 8%, "according to criteria of proportionality and progressivity." Also, all seniority-linked salary raises have been blocked until 2023.

The papal decision was made in an effort to "safeguard existing jobs," but for the disgruntled Vatican employees, the decision unfairly targets lay employees with seniority who have been financially struggling due to the pandemic. Francis' document, they wrote in the letter, together with the increased level of work responsibility and the lack of options for working remotely, "only aggravate the working conditions of Vatican employees."

According to the authors of the complaint, working at the Vatican does not guarantee the same benefits that can be expected elsewhere, including "productivity bonuses, promotions based on achieved objectives, merit-based systems of selection and professional growth." The pope's "radical" reform efforts, they continued, are useless as long as the structure at the Vatican is not deeply changed.

Vatican employees asked that the decree be, at least in part, suspended.

"Continuing in this direction, Your Holiness, the system will become more and more exclusive, anti-meritocratic and disincentivizing," they wrote, adding the measures risk reducing performance and satisfaction among employees.

The letter presented three critical issues in the implementation of Pope Francis' pay cuts. The first is what the signees said are disproportional applications of the papal decree, with some Vatican departments complying with the new measures while others have continued to hire employees and pay overtime.

The second issue is tied to privileges granted to some employees. In particular, the Vatican employees who sent the letter complained, lay managers continue to enjoy high pays that "never cease to arouse amazement." Lay managers, they said, can be paid from $7,000 to $30,500 a month.

"The real problem is the Vatican is based on a system of privileges that are deleterious both on an economic and reputational level," they wrote. Lay managers also enjoy expensive houses provided by the Vatican's real estate department, APSA, as well as private cars and special discounts.

"What are we paying for, Holiness? For the coffers of Peter's Pence destined to the poor, to increase the salaries of lay managers or for the very expensive external consultants they regularly use?" the Vatican employees asked.

Peter's Pence has recently been embroiled in scandal, after reports showed the fund, destined for the pope's charitable works, was used to purchase a property in downtown London that cost over $400 million. The investment put a spotlight on mismanagement of Vatican funds, with several employees being fired and put under trial as a result.

Italian financier Gianluigi Torzi, who was hired to negotiate the London deal, was accused by Vatican prosecutors of extorting $17 million in unjustified "fees." An arrest warrant has been issued against him by prosecutors at the Vatican and in Italy.

"Sacrificing oneself for a common good is fine, provided it is done in proportion to the economic possibilities of the individual and after having solved the enormous critical issues that characterize the entire system and that cause it to waste a lot of money," the Vatican employees wrote.